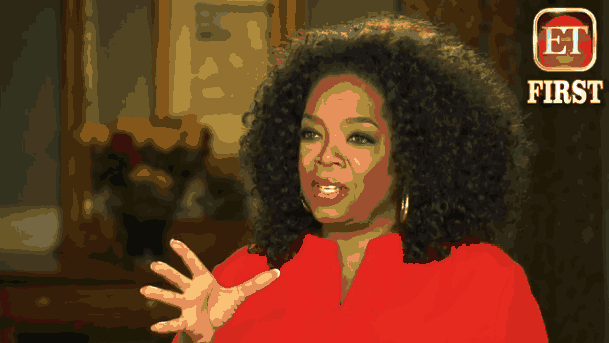 Oprah During the Nancy O’Dell Interview

Midway into the second decade of the twenty-first century, signs of racial and gender
progress abound – at least when it comes to celebrity culture. However, ascending to such heights does not insulate even Oprah Winfrey from having to publicly negotiate race and gender-based discrimination. What can her negotiations tell minoritized audiences about how we, too, can speak back?

In August of 2013 the infotainment world briefly centered its short-attention span on a déjà vu story about media mogul Oprah Winfrey’s not being allowed to see a certain designer handbag at a high-end retailer in Europe, a twin incident to a 2005 one. This story, titled “Oprah on Being a Recent Victim of Racism” by the entertainment news show that broke the story, Entertainment Tonight (ET), came to me through social media headlines providing links to a segmented and highlighted story on ET’s website.1 The website situates clips of the six-minute long story above the splashy headline and a teaser summary of the sit-down interview TV personality Nancy O’Dell conducted with Winfrey as part of a press junket for her 2013 film The Butler. As the film examines racial issues throughout the second half of the twentieth century, O’Dell and Winfrey’s interview centers on questions of race and discrimination. Winfrey, with her shoulder-length hair loose, curly, and full, wears bold gold hoops and a fiery red, notched collar tunic that matches her lipstick and sets off her smoky eye makeup. Foreboding music plays softly in the background, alerting the viewer to the fact that this is a serious conversation.

After breezing through what O’Dell names as the big race issue of the summer, Food
Network television star Paula Deen’s use of “the n-word” (but not about the summer’s bigger “race story” of George Zimmerman’s trial and subsequent acquittal for the murder of Trayvon Martin), O’Dell questions Winfrey not with an expansive inquiry into her own experiences of discrimination, but instead with what the media has posited as the ultimate litmus test to prove the continued existence of anti-Black racism, personal attribution of “the n word.” To O’Dell’s query as to if she had been called “the n word,” Winfrey responds, “I would have to say that racism for me doesn’t show itself that way.” Winfrey goes on to say that outside of “Twitter thugs” on anonymous social media sites, “nobody in their right mind is going to do that to my face or in that way.” Her celebrity is not the only thing that shields her from old-school racism in the form of racist epithets; 21st century mores dictate that the word itself is so verboten that it cannot even be iterated in polite multiracial company more than in the euphemism “the n word.” Winfrey caps this particular discussion by saying that she is immune to “true racism,” which she describes as “being able to have power over somebody else.” Winfrey implies that her celebrity and sheer economic power function as her shields.

It is here that Winfrey takes charge of the interview. Changing tact, Winfrey provides an addendum to her denial of facing “true racism” by seguing into a discussion of the ways in which race- and gender-based discrimination affects her life. She tells O’Dell,

Yeah! Of course I can sense it. But I can never tell – is it racism; is it sexism? Because often it’s both.

Winfrey describes power-laden, interracial spaces of privilege as ones where the conjoined forces of racism and sexism can, and do, still penetrate her world. Although she denies being affected by “true racism,” she names the brand of discrimination she faces as “energy,” a more subtle, more ephemeral, and more nebulous brand of inequality befitting a woman who brought pop spirituality to the masses. She inserts gender into the space which O’Dell attempted to delimit as just race-specific, illustrating how power functions through multiple, intersecting prisms. Winfrey finishes this discussion of the ways in which discrimination functions in her life saying, “So I don’t have it the way some other people are used to having it.” But this statement, like her denial of suffering from “true racism” in lieu of an assertion of a racialized/gendered “energy,” is ambiguous. Are the “other people” here African Americans or other people of color who do not have the privilege of sitting in Winfrey’s boardrooms? Or are the “other people” privileged Whites who are not looked at askance as a Black woman occupying the most elite spaces of privilege would be? Winfrey’s strategic ambiguity allows her to critique even the most exclusive areas without, as she says later in the interview, “throw[ing] down the Black card,” or, in in John Jackson’s formulation, exhibiting “racial paranoia.”2 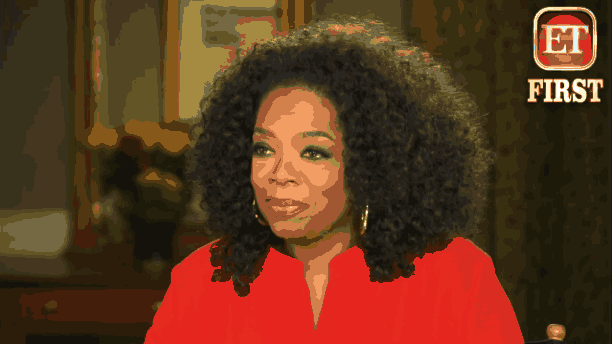 Immediately after Winfrey’s statements about what are admittedly harder-to-nail down and often intuited experiences of racialized sexism, a particular “energy,” she segues to a story intended to more concretely prove her experience of discrimination, and not just in the bad “energy” circulating in a board meeting. Leaning forward conspiratorially and smiling slightly, Winfrey then tells O’Dell, “but I will tell you this.” She proceeds to narrate her experience at a high-end store in Zurich in which she was not allowed to see a certain handbag because the woman working in the store says, in Winfrey’s recounting, “no, it is too expensive.” Refusing to name the store, Winfrey continues, saying that she insists three more times that she did indeed want to see the bag, and was rebuffed each time. After the beginning of the interview in which Winfrey shuts down facile questions about discrimination functioning exclusively through “the n word,” and the middle of the interview in which she points to more ephemeral experiences of racialized sexism, Winfrey moves the discussion to a more explicit, concrete, and perhaps persuasive form of discrimination, an incident in which Winfrey implies or suggests – but does not explicitly state – that she has been denied access on the basis of race. In this incident, unlike the one in the boardroom, Winfrey is not recognized as her media mogul self; she is read by the person working in the shop as any Black American woman insistent on perusing an exclusive shop’s most expensive merchandise.

Although O’Dell cannot find “true racism” footing in Winfrey’s discussions of “the n word” or racialized sexism as “energy,” this incident registers as a real, tangible example, prompting O’Dell to state, “it still exists,” and Winfrey to echo, “it still exists.” The “it” clearly means racism or sexism, or in Winfrey’s words, both, but is not specified by either woman. Immediately after Winfrey tells this story, O’Dell, without segue, asks Winfrey again if she was ever called “the n word,” and Winfrey again deflects that question from her own personal experience. She wordlessly extricates herself from O’Dell’s implication that “true racism” simply means that word, and instead connects “true racism” to history. Winfrey states,

Winfrey’s eloquent conjuring of the historical violence and daily aggressions of anti-Black racism connects her own experiences to those of her ancestors. As this statement comes directly after Winfrey’s two personal examples of racialized sexism – in the boardroom and in the shop – it serves the purpose of proving that discrimination functions through a historical trajectory that continues into our present moment. 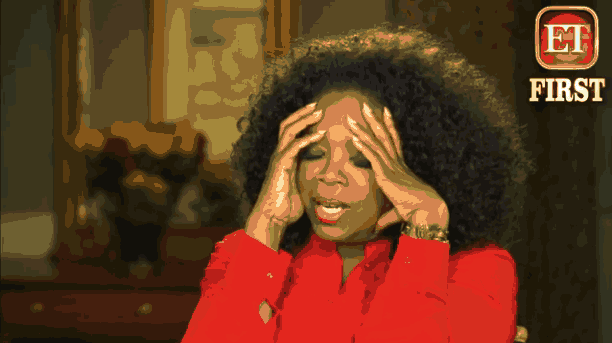 While O’Dell appears to have her mandate to nail Winfrey down to a simplistic “yes” or “no” about being called “the n word” (perhaps because such an admission would result in a splashy headline, or perhaps because there are no other scripts with which to signal racism to viewers), seasoned interviewer Winfrey doesn’t take the bait and deftly negotiates around O’Dell’s questions. She refuses to let an interview on race and racism devolve into a discussion of the politics of “the n word,” and reshapes the agenda into a discussion of the realities of identity-based discrimination and racialized violence. She introduces race and gender as inextricable and conjoined processes for which discrimination occurs for women of color. Winfrey’s masterful steering of the interview from dismissing “the n word” to intersectional “energy” to racial profiling and finally to anti-Black racism of the past illustrates a form of strategic ambiguity that allows her to critique discrimination in a mainstream media world dismissive of non-“n word” discrimination ever being acknowledged. The lesson for audiences is clear: those of us pointing out identity-based discrimination in so-called egalitarian, meritocratic spaces must master the tricky dance of postidentity resistance, using the very tools of postidentity in order to resist its tenets.