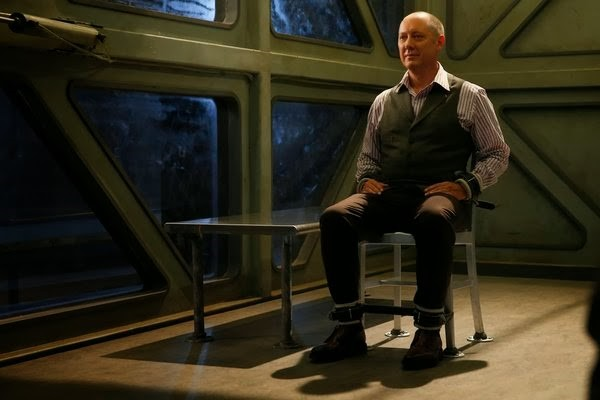 As if coordinated by a psychotic mastermind, an explosion of blog posts and news articles shot across the mediascape earlier this year, the writers stunned but still somewhat enthralled by the number of new serial killer shows on television.1 Andy Greenwald at Grantland speculated that “television of late seems overly interested in its newfound ability to push the envelope, to splash around the shallow end of the big-boy pool.” And he’s not wrong.2 Moreover, the push toward psychotic violence may be working. Entertainment Weekly reported that NBC’s new drama The Blacklist, which features a number of psychotic killers, including the lead played by James Spader, set a DVR record by adding over six million viewers in its first week of airing thanks to playback.3

But the fact that serial killers are taking over television has more to do with their embodiment of a favorite character of recent American storytelling than with their psychological pathologies. This character is the supremely competent, charismatic lead who possesses far more knowledge than the establishment. He is the meritocratic ideal. Over the course of three articles on Flow TV, I will explore 1) the rise of the meritocratic ideal’s influence on television, 2) how NBC’s The Blacklist might be subtly challenging that ideal, and 3) how network comedies have been critiquing it, most forcefully and successfully through James Spader’s turn as CEO Robert California on Season 8 of The Office.

But what is a “meritocracy”? It is the theoretical system, Chris Hayes explains in The Twilight of the Elites, wherein people are rewarded on merit and placed in a (wage) hierarchy according to actual talent. It presumes two principles, Hayes argues: difference and mobility. People are widely varying “in their ability…and…we should embrace this natural hierarchy….”, and a “continuous competitive selection process…ensures that performance is rewarded and failure punished.”4 It is comforting for Americans to think that those who are naturally talented in some area will be able to freely move to the top of that field and thrive there. Examples of this ideal are everywhere on television—Patty Hewes on Damages, Patrick Jane on The Mentalist, Adrian Monk on Monk, House on House, Sherlock Holmes on Sherlock and Elementary. We love these characters because we love to marvel at how well they do what they do, but also because they demonstrate that such mastery has been rewarded. The meritocracy, these characters reveal to us, is thriving. 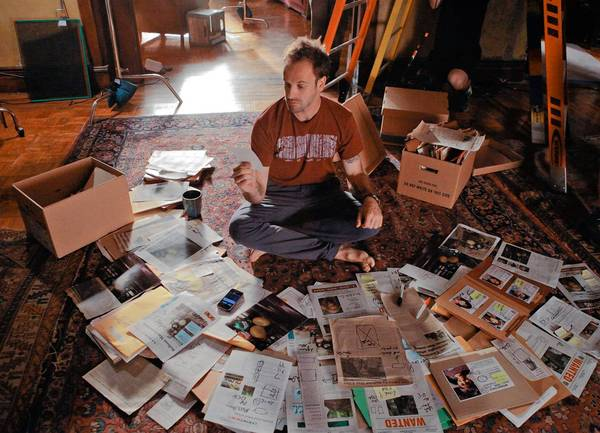 But in this Golden Age of Television, we are presented with an interesting feedback loop. Western culture has a long tradition of following the deeds of great figures in its tragedies, and so the towering, tragic figures in television of the past decade—Don Draper, Walter White, Nucky Thompson—all rely on audience awareness of the meritocratic ideal. When Don Draper is in the ad meeting, Walter White is cooking meth, or Nucky Thompson is arranging a debauched evening for out-of-town politicians, we are watching natural masters at work. These shows do not simply replicate meritocracy, though. In fact, they seem more concerned with testing its boundaries. If a person does seem to deserve a high meritocratic position, how much should that person compromise personally to achieve that recognition? Don Draper, Peggy Olson, Walter White, and Nucky Thompson all deeply probe these questions. But their astounding popularity also perpetuates the cultural ubiquity of the meritocratic ideal in dramas. As I mentioned earlier, my ultimate goal in a later essay is to demonstrate how the genre conventions of network comedy lend themselves particularly well to lampooning the meritocratic ideal.

A turn toward lampoon and satire was inevitable. America has long been fascinated with “competence porn,” as Leverage creator John Rogers and his crew called it. Rogers noticed that online forums and fan mail indicated that audiences “love…briefing scenes [Rogers’s emphasis],” when they get to watch “competent people banter and plan.”5 This motif in television comes most directly from the police procedural in fiction, which also inspired legal and medical procedurals in fiction. The popularity of these novels quickly moved to television, and they have remained dominant in both media for the past thirty years. The police procedural itself draws inspiration from the detective story. In his Dupin stories, and in “The Gold-Bug,” Poe was the first to employ what became the dominant detective story structure throughout the nineteenth century and well into the twentieth. In these stories, Poe and later writers often draw attention away from the further development of the plot to focus on the protagonist’s “ratiocination,” or methods of reasoning in solving a puzzle. These “deviations” from the plot became central to the detective story and novel, especially after Sir Arthur Conan Doyle perfected Sherlock Holmes’s dismissive and condescending explanations of his deductive powers. But it was in America, beginning with Ed McBain’s 87th Precinct novels, that the amateur sleuth was placed in the professional establishment. It is the brilliantly intuitive master of the field, placed “deservingly” in the highest offices of the profession, who has dominated crime fiction and film to present-day television. And in many serial killer narratives, we are impressed not only by the astounding intellect of the serial killer, but often by the brilliant and successful procedural team that is capable of containing the threat. The weight of the meritocratic ideal amplifies. 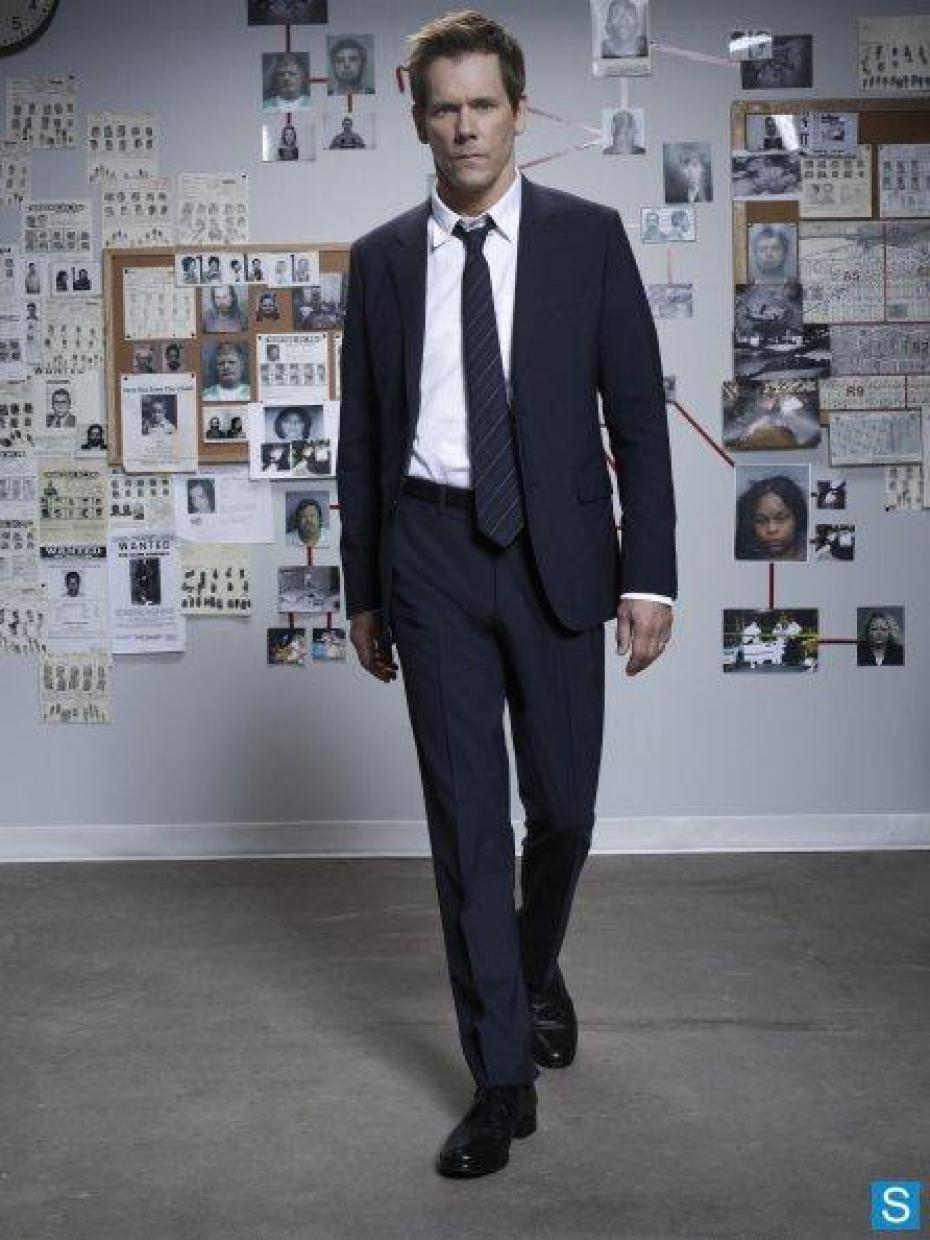 And what about NBC’s The Blacklist? The premise of the show is that one of the FBI’s most wanted, Raymond “Red” Reddington (a former federal agent himself), turns himself in to the FBI. In custody, Reddington begins to reveal activities of dangerous criminals that the federal government has little-to-no knowledge of. He offers his services in capturing them, his admitted goal to take revenge on criminals who have made his own inscrutable blacklist. His only condition: he work with a brand new FBI profiler named Elizabeth Keen.

Spader’s Reddington is a near-sociopathic, ethical egoist who has a mysterious and inconsistent vulnerability for the safety and well being of Elizabeth Keen. Throughout the first few episodes of the series, Reddington ruthlessly, efficiently, systematically, and clandestinely murders people on his blacklist in the guise of helping the FBI. The serial killer has joined forces with the procedural team. But unlike Dexter, the procedural team is woefully inept and nearly incompetent, Keen included. The audience is not impressed nor excited to see the FBI and CIA at work. They are crude, lagging, and self-suspicious. And unlike Dexter, Reddington has no apparent code he lives by, nor is he killing for pleasure. For instance, in this scene from “The Stewmaker,” Reddington demonstrates all of the calm, intelligent command of the capable über-Mensch confronting and subduing the serial killer for the benefit of society, but he does so in a radically individualistic way.

There is haunting sense that although this man is a “great man,” he is not a tragic figure and not a hero. He is not even an anti-hero. He will use his competence not for good or evil—perhaps not even for himself, as his mysterious concern for Keen has shown. The procedural team has only made empty gestures of competence, but no one has any real ability to stop Reddington or those he is after. In the scene above, Keen’s weak attempt to suggest that a traumatized man can change is drastically out of place in light of Reddington’s clear authority. The posturing of the procedural establishment looks ridiculous against the indecipherable and radically individualistic genius of this man. As Reddington’s final action demonstrates, he is completely aware and manipulative of the laws of society, even as he operates without them. If Reddington does not crave a high position in any world, criminal or otherwise, and the national intelligence and security complex is clumsy and blunt, what are we to make of his clear control in this post-Snowden age?