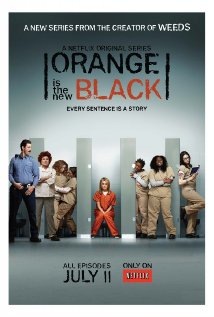 Prison shows have benefited from a level of freedom in representing queer characters because this is seen as ‘realism.’ In general, prison shows appeal to realism whenever they are presenting matters deemed ‘shocking’ while simultaneously benefiting from the publicity that this brings (Geraghty 1995, 67).1 Realism acts both as titillation and as a defense against accusations of titillation. This is still true. There have been changes in the representation of homosexuality but the realism/titillation dyad still occurs.

Representations of homosexuality in the early period were sympathetic—Porridge had the stereotypical but inoffensive character of Lukewarm, played by famously gay actor Christopher Biggins. Prisoner had numerous lesbian characters ranging from the brutish yet heroic Franky to gentle Judy, manipulative Sharon and adventurous Chrissie. They also had the stereotypical but fabulous “Freak” described by Andy Medhurst as “loathsome” and in no way providing a “positive” image of lesbianism.2 Yet she was immensely popular from a camp perspective. She “(refuses) the condescension of heterosexual tolerance” in “her lying, cheating, sneering, fondling, gravel-voiced, hatchet-faced up-yours bulldykery” (Medhurst 2009, 84). 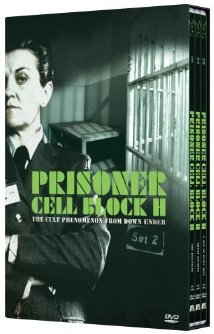 Historically gay characters, particularly in soaps, have often provided poor drama because they remain peripheral to the central plots, only appearing in their own specific ‘gay’ plots (Allen 1995, 22).3 This sidelining of gay characters is not a problem in prison programs. In an ordinary soap the network of relationships, which provides the show with much of its content, contains male and female characters; in prison shows significant majorities of the characters are of one gender, and therefore homosexual characters are more easily integrated into the networks available. The prison setting overtly prevents heterosexual contact, and hence invoking the needs of realism can be used to justify the inclusion of multiple gay characters. Finally, almost all the characters in a prison program are predefined as ‘bad,’ or at least troubled, and therefore homosexual characters do not have to bear the burden of being ‘good’ but dull representatives of their entire community.4