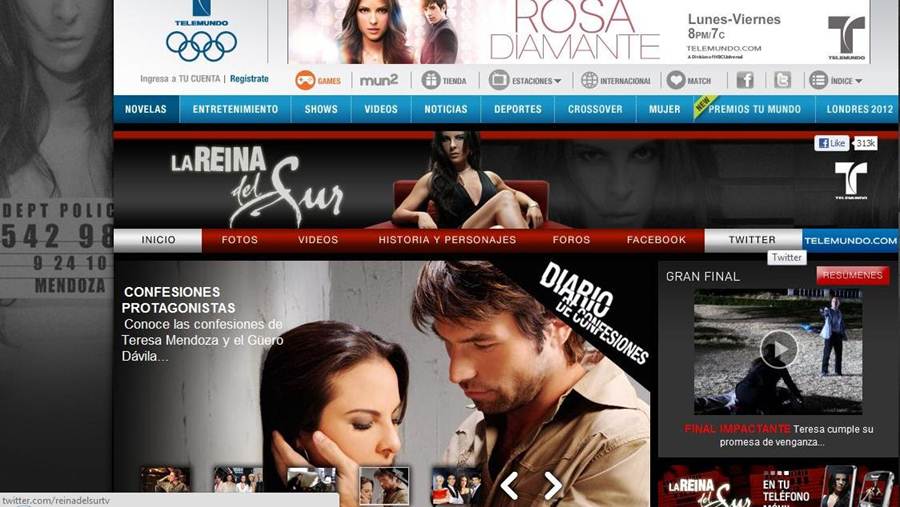 The most significant expansion strategy of the U.S. Hispanic television industry in the last five years has been a decisive attempt to conquer online and mobile devices’ territories, as new windows for delivering content to a desirable young demographic. Media convergence is redefining traditional media strategies and complicating the question of what “television” means, by intensifying the commoditization of the production, distribution and consumption processes, and reshaping the process of how economic value is produced for televisual goods through coupled institutional practices of branding and storytelling capable of traveling across platforms. These processes are situating notions of marketing at the core of the creative process of Hispanic television program production conceived as a franchise, increasing the commercialization process through a variety of goods accessible for sale, and cementing the processes of audience participation as a new commodity.

There is no surprise that Hispanic television networks in the U.S. have pursued an aggressive strategy for expanding content distribution through different digital and mobile platforms. This expansion has also reconfigured the type of audience that accesses these audiovisual delivery systems. A 2011 Nielsen report shows that Hispanics lead in the ownership and use of smartphones compared to other ethnic groups in the U.S.1. Furthermore, a study on advertising in social networks shows that Hispanics may have a purchasing response of up to 22 percent compared to an ad response of 12 percent from whites and 18 percent from African Americans2. In particular, an effective strategy to reach audiences that use various digital devices recognizes that Latinos who use these technologies mainly consist of a generation of young acculturated second and third-generation Hispanics, who are mostly bilingual, of an average lower age than traditional viewers, and whose interests are often far from those of their parents or grandparents. This Hispanic population is on average 27 years old, in contrast to the general population, which averages 37 years old3, and networks have begun creating content considering this kind of audience’s media use.

A multichannel media landscape4 characterized by the multiple options offered by new technologies has changed “the competitive dynamics of the industry and the type of programming likely to be produced” (15). This new media environment, coupled with the economic logics of media vertical and horizontal integration, has made possible the development and exploitation of what Jenkins has named “transmedia narratives.” A key feature of this storytelling model is that it is deployed across various technological platforms. In “It’s not TV, it’s brand management TV” Mann5 underscores the creative-producer shift that involves the corporate manufacturing of TV programs as brands through different platforms. While the production logic of transmedia narratives follows the consistency of a franchise, at the center of these strategies lies the idea of “affective economics” that transforms consumer desires into purchasing decisions6.

Reflecting on the new narrative paradigms in this competitive context on TV production, Mittell7 elaborates on the notion of “narrative complexity” as new storytelling mechanisms following the “demands of intensified viewer engagement focused on both diegetic pleasures and awareness” that the new multichannel environment requires (39). Kackman8 questions the ideas of narrative complexity as something inherent within the diegesis of the tale, and suggests thinking in terms of “cultural complexity” based on operation and engagement brought by the audiences’ aesthetic, cultural and social backgrounds to the narrative, and so categorizing it as a cultural operation, not an aesthetic one.

The consumption of fictional content across U.S. Hispanic television seems to bring to the forefront the cultural competences that ethno-national audiences bring as tools of pleasure and engagement, largely driven by genre expectations, and today enhanced by digital media and mobile platforms. The centrality of these narratives of strategies gain relevance in this new media ecology, playing a key role in opening new possibilities for the U.S. Hispanic television industry and its audiences, while requiring a slows process of restructuring.

This reorganization has required at least four different kinds of interrelated media-industrial strategies with the goal of exploring the growth capacity of the network in the digital realm. First, the creation, reorganization and development of corporate portals with attractive information and content distribution capabilities, including a structure for easy navigation sites, new delivery channels of programming, and the desired interaction terms with the different target audiences. Second, securing copyright of programming and content offered for consumption by web portals. Television networks are aggressively looking to reach exclusive programming arrangements for broadcast and online distribution, coupled to an increase of their original content production with the purpose to exploit their narratives and interactive possibilities to its fullest through all the media properties of the corporation.

Third, a series of negotiations with software companies, telecommunications, and Silicon Valley to efficiently manage, distribute and commercial content within their sites both official and other content distribution spaces, such as YouTube, Hulu, Netflix, Facebook, or Twitter, and access via different applications and different mobile devices. And fourth, a reorganization of its marketing strategy, promotion, advertising and sale, which involves a new approach in the way it is exposed to digital media audiences, and how gains are in the process of interaction. In the last five years, major brands have reorganized their digital properties to be better positioned as transmitters of content digitally, opening new windows and consumer access to its programming, new opportunities for participation and interaction, and a new range of services and custom counter products to their target audiences. To illustrate this process, I will draw on the case of the two media corporations that dominate hegemonic, as a duopoly, the Hispanic television market in the U.S., Univision and Telemundo. 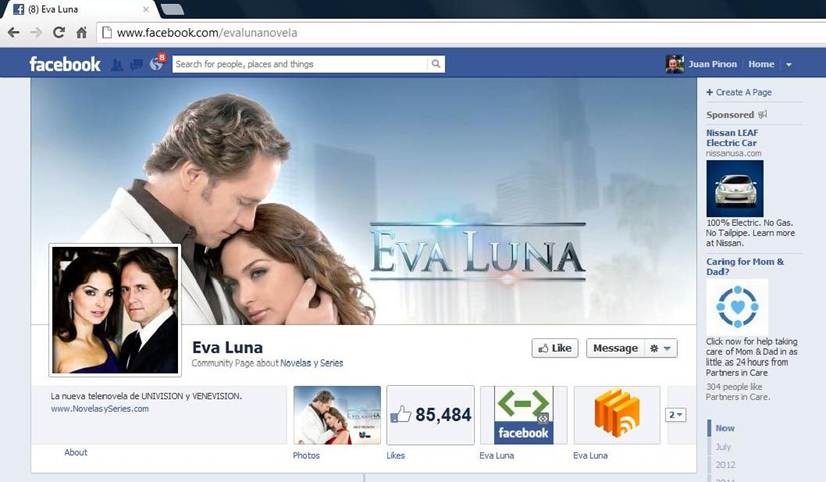 Among the most important steps taken by the U.S. Hispanic networks in realizing the great potential of the new technologies adopted by Hispanics since the mid-2000s, beside the restructuring of the websites for video downloading, has been the creation of apps with content for mobile consumption and the production of webnovelas. Univision.com integrated in its portal Univision Movil to download different apps, such as Univision, UVideos, Univision Deportes, Univision Noticias and Univision Marcador to mobile platforms. Uvideos was launched in 2012 as a bilingual digital network for U.S. Hispanics. Telemundo also has developed Telemundo Movil, with an emphasis on the Telenovelas Telemundo app. Telemundo executives recognize that the main driver to click on Telemundo digital properties is 80 percent for telenovelas. 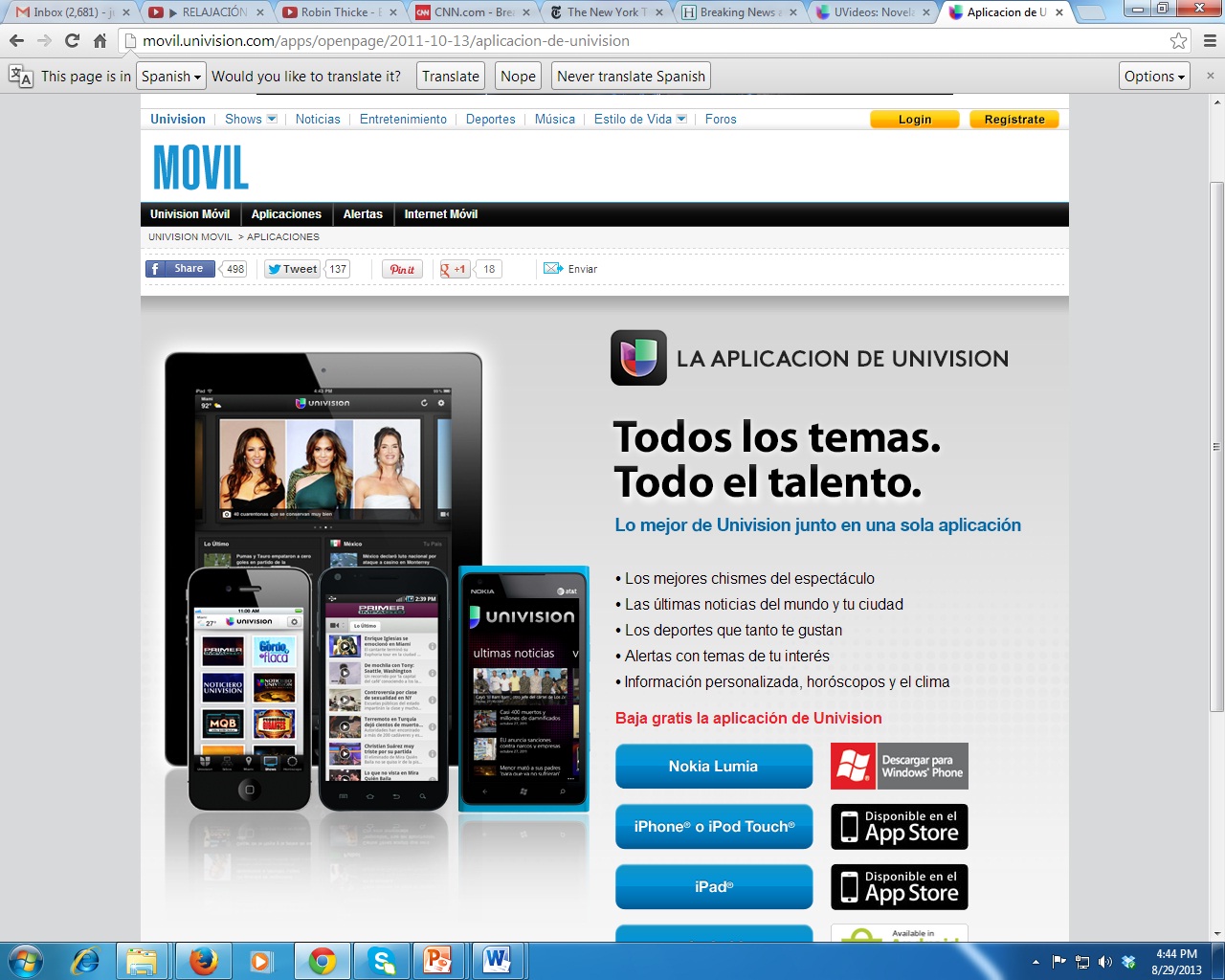 Based on telenovelas as the main engine for audiences interaction, the networks has pursued the path of producing fictional content exclusively for digital properties, as is the case of webnovelas. Tomas Lopez-Pumarejo defined webnovelas as “sentimental fiction series produced for the Internet by the television industry”9. In 2007, Univision launched its first webnovela titled Mi Adorada Malena (My Beloved Malena,) followed by Vida Cruzadas (Crossed Lives, 2009), No Me Hallo (I Don’t Find Myself, 2011), Te Presento a Valentin (Introducing Valentin, 2012), a coproduction with Televisa, and Arranque de Pasión (Start of Passion, 2013). Telemundo also has produced the webnovelas Estilos Robados (2010), Mía Mundo (2012), and Secreteando. These webnovelas, are assumingly seeking bolder narratives akin to the young professional acculturated Latinos. In Amores Cruzados Univision addressed issues of single motherhood and artificial insemination, while in Telemundo’s Mia the name and psychological profile of Mia the main character comes from the Modern Independent Achiever. Diverting from traditional Spanish-language telenovelas, this is a bilingual production, with emphasis on English, seeking to reach second and third-generation Latinos. These webnovelas exploit the telenovela star systems that on one hand allows the network to draw larger audiences, but also allows the corporations to fully exploit in their websites the narratives offered by the webnovela, intersecting the lives and careers of their protagonists and creative team involved in the production. The interactive nature of the telenovela is developed through contests, chats, interviews, polls and virtual castings, in which the roles of the sponsors are heavily underscored with interactive strategies brought about through marketing strategies: Old Navy in Estilos Robados, Caress in Mi Adorada Malena, State Farm in Vidas Cruzadas, GM and Verizon in Mia, and Mary Kay, MetroPCS, State Farm and Western Union in Arranque de Pasión. A particular problematic coming from these webnovela interactive properties is the highly commercialized nature of their design and production. From the product placement to the chosen themes linked to services provided by the sponsors, to the kind of interactive dynamics where the narratives risk the downside of becoming large dramatized commercials. While the novelas follow the common structure of the telenovelas with sections such as Episodes, Synopsis, Characters, Gossip, Music, Pictures, Videos, Trivia and Forums, the sections also include links to social networks like YouTube, Facebook, Twitter and Instagram. The social networks have become the preferred spaces for audience interaction and production of new content in fictional programming. 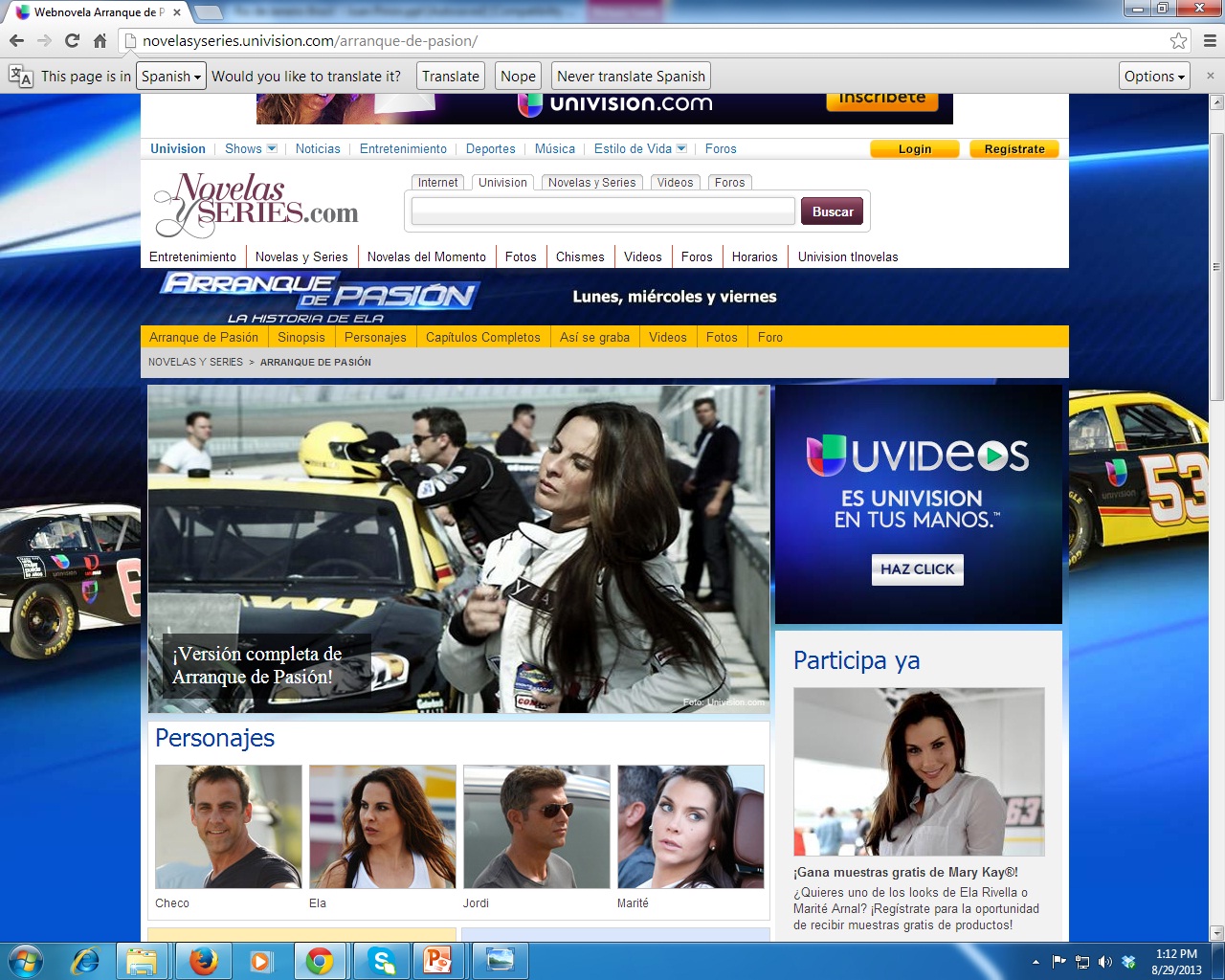 The increase in webnovelas’ production and visibility, in particular, seems to obey a new form of content production. While it is suitable for certain demographics of young Latinos, it also offers a commercial field intensified in all its potential. Apparently, webisodes 6-9 minutes in length seem like an alternative answer to the television that young audiences suffering from short attention span, while offering alternative ways of participation in a narrative universe that expands through social networks in a number of interactive activities. The idea of narrative complexity designed to gain audience engagement get a tweak in the interactive nature of the webnovela, and the impact of audience decisions on its plot and ending, but clearly cultural competences makes a stronger impact, in the possibilities that audiences may feel compelled or hailed by the plot to participate. The idea of ​​making these new narratives not only in line with new technological skills of the audience, but also with their cultural characteristics, has prompted the creation of scenarios and bilingual, acculturated characters, while recognizing a universe of Latinity that has been developed in environments that involve highly Americanized or urban lifestyles. These conditions have made webnovelas production or exploitation of transmedia narratives a perfect setting for a level of marketing and consumption practices like never before seen in media history.