On a recent episode of the Melissa Harris Perry Show – a stellar example of what’s possible in the expanding field of TV news – I heard a narrative I hadn’t seen on TV in years. Director Ava DuVernay, now a member of the Oscar-granting Academy of Motion Picture Arts and Sciences, was leading a discussion of the state of black film, explaining why she’s pioneered independent over corporate distribution through AFFRM (African American Film Releasing Movement).1 The conversation wandered to black narratives generally, and author Tananarive Due shifted the conversation to television and T-Dog, long The Walking Dead’s lone black character.

T-Dog was at the center of one of the first major conflicts in the show’s first season, only to disappear entirely thereafter.2 The Walking Dead started as a show about the meaning of civilization in a world without institutions. Protecting the black guy against the racist was a very smart and compelling way of introducing the show’s central question. But as it progressed, The Walking Dead became more about Rick, the leader and sheriff, and the drama between his wife and friend. Many critics bemoaned the show’s sluggish second season, focused as it was on this uninteresting love triangle and the anti-hero at its center.3

After T-Dog’s disappearance, producer Glen Mazzara promised fans he would have a great scene.4 That moment was to save Lori and later to save another character, Carol, by sacrificing himself to zombies. Indeed, T-Dog’s death fit within The Walking Dead’s broader solution to its narrative slump: not to widen the narrative field – giving more marginal characters more screen time – but to focus on the core of the franchise: dramatically increasing the zombie count. Season three was awash with them. 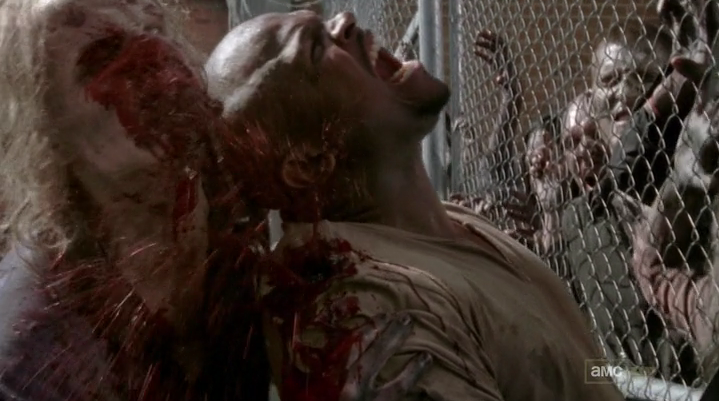 The demise of T-Dog in season three of The Walking Dead.

The T-Dog Problem is just one of many in the current television landscape. I could expound on the underdeveloped characters of color on Mad Men; the high fatality rate for men of color on Falling Skies and Breaking Bad; the sidekicked people of color on New Girl and Big Bang Theory; the ever-stupefying absence of Asian and Latino American-led shows; and the relative homogeneity of gay characters on TV (disproportionately white and male, when statistics from Gallup suggest LGBT people are more likely to be black, Hispanic or Asian).5 It worries me nobody notices, and it should worry TV critics invested in the art form.6

Writers produce narrative, so the central issue here is labor, which affects representation. Consolidation in media industries has had a disastrous effect of the Hollywood labor market, making it harder for women and people of color to get hired. Writers of color made up just 15% of writers’ rooms in the 2011-2012 season.7 A stunning fifty-five series hired no people of color that year. Only 30% of writers are women, a scant 5% increase from 2000, despite an escalating number of shows. Nineteen shows hired no women. 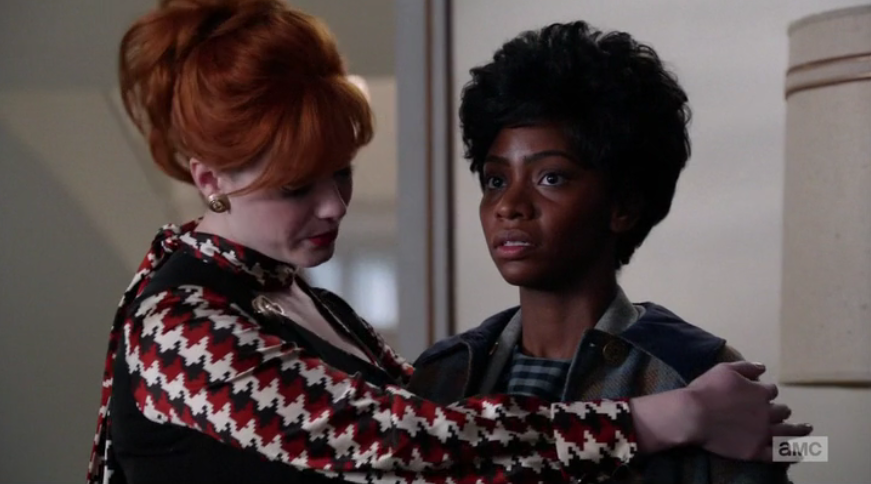 Inequality is nothing new.8 But I argue the decline of minority labor and representation is particularly acute at a time when the space for TV narrative has never been greater: we have more channels and shows, of increasing sophistication and complexity, but more of the same kinds of people producing, starring and running them. This leads to bad art. Take, for instance, Mad Men’s episode on the death of Dr. Martin Luther King, Jr. A seminal moment in American history was reduced to fifty minutes of white people crying. Matt Zoller Seitz, one of TV’s best critics and Mad Men’s greatest interpreter, diagnosed the problem plainly:

When you fear something, you either run from it or kill it.

The diversity problem is hurting all of TV’s quality shows. Girls’ “race episodes” at the beginning of season two – a hipster black Republican? Really? – were spineless and conventional compared to daring, strange energy the rest of the series evokes. If Newsroom gave more lines to its silent black characters Kendra and Gary, and more emotional depth to Dev Patel’s Neal, the rest of its characters’ lines would have more context, power and effect. Game of Thrones’ take on race approaches comedy, with Daenarys, the show’s clear heroine, actually crowd surfing on brown folk in the latest finale.10 Games of Thrones fans will no doubt cry this is George R.R. Martin’s story, and he has some grand vision no one can understand.

That’s the precise problem with the current television landscape: conglomerates are investing in intellectual property and established talent, not new and different writers. Nowhere is this clearer than with this fall’s most buzzy show: Agents of SHIELD, produced by Marvel (owned by Disney) for ABC (Disney) as a spin-off of The Avengers, produced by Marvel (Disney) distributed by Buena Vista (Disney). The Avengers was last year’s highest-grossing film, bringing in well-over $1 billion. The result is lots of new narratives, only a few of which are written by bright talent who look different from the bosses: from Lena Dunham and Mindy Kaling to Prentice Penny and Shonda Rhimes. 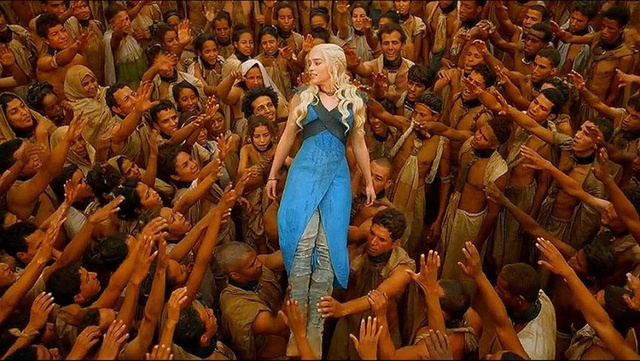 When pilot development disproportionately benefits producers with connections – Steven Spielberg, JJ Abrams, Joss Whedon, Bill Lawrence, Chuck Lorre – and franchises – The Walking Dead, Avengers, Game of Thrones – those talented, dynamic actors and writers get sidelined, dispatched to play and write characters whose sole purpose is to enlighten, save or define the leads. Not only does this produce cheap, boring storytelling, it’s also out of touch with reality. Few Americans dream of sacrificing their lives for strangers, as minority characters routinely do on TV. Slaves did not wait for white women to save them, because very few ever did. Those of us lost in the expanding television field spend most of our viewing hours loving and obsessing over the leaders. They are all we ever see. They are who we’re asked to care about.

But when entrepreneurs pushed the government to deregulate television and expand production in the 1970s, they did so explicitly using the rhetoric of diversifying its narratives and ownership structure. TV did diversify, for a time, and for a few. Broadcast networks, fearing the loss of white audiences to cable in the 1980s and early 1990s, green-lit a host of black TV shows, which bred the cadre of bankable megastars today, from Will Smith to Queen Latifah. We had BET, though it never lived up to its promise.11 Viacom’s gay channel Logo is now pursuing straight audiences.12 The golden age has been quite rich, but not for everyone.

What’s missing cannot be understood with statistics alone. It has to be felt in the stories. I feel it every time a rich story devolves into silliness because producers decide not to care about all of the characters and, instead of empowering others to explore new storytelling possibilities, kill them with zombies.