The Reality of Television Mockumentary: Family Tree and Guest as Auteur
Hallie K. Reiss / University of Texas at Austin 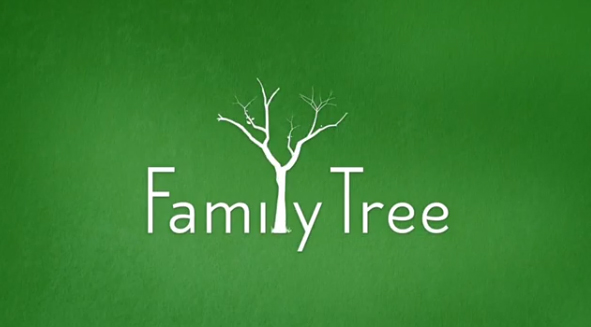 The new HBO mockumentary series, Family Tree, may feel like a tired format to premiere in 2013. Which, it very well may be for most viewers. During the mid 2000s, several mockumentary programs filled up our primetime television series time slots. Shows like The Office (2005-2013, UK and American), Parks and Recreation (2009 -), and Modern Family (2009 -) all follow the mockumentary format, which includes fly on the wall points of view alternating with talking heads looking directly into the camera. This format can seem lazy to the more sophisticated television viewer, as it can be as a cheep way for the writers and characters to tell the audience exactly what is going on or to explain the jokes. The Office finale episode features a character being punished for forgetting a password with a steam shower and another character, holding his wrinkled shirts, excitedly runs toward the steam. Most people could figure out the joke – the second character is utilizing the steam to clean and de-wrinkle his laundry – but the second character’s talking head explains the joke to the audience, taking the work and ultimately the humor out of the gag. Beyond the lazy writing, the sheer overabundance of mockumentary television shows is making the genre seem tired. Other mockumentary television shows, while popular with cult audiences at the time in which they were on, flopped in the ratings and were subsequently canceled (see Party Down (2009-2010)).

So why, in 2013 are we getting another mockumentary television show? HBO would argue that it is because their mockumentary show is authored by the granddaddy of the mockumentary format. Family Tree is the brainchild of Christopher Guest, famous for his other mockumentary films, such as Waiting For Guffman (1996) and Best in Show (2000). Guest, one could argue, popularized the format due to the popularity and cult status of his films, and hence has a better claim to the genre. Family Tree is Guests first foray into television, however because of the backing from HBO, his show is more in the style of his previous films. Having the show on HBO allows Guests’ fans to gain access to a longer format version of his films. In the book, Faking It: Mock Documentary and the Subversion of Factuality by Jane Roscoe and Craig Hight1, the importance of post-structuralism and its relationship with the genre is stressed. The audience, according to Roscoe and Hight, already has a fluid relationship with the different kinds of media that the mockumentary genre is performing in. “Within this theoretical framework [post-structuralism] the viewing experience itself is seen primarily as a discursive encounter, one which involves a complex interaction between the narrative constructs of the text, the field of discourses accessed by the members of the audience, and the constraints on discourse generated by the immediate viewing context.” This relates to Family Tree because the show’s distributor, HBO, is aware of the intertextuality of their previous programs and the relationships that their audiences have with those texts. Not only are HBO viewers presumably aware of Guest’s body of work and documentary films, but they are also aware of the other mockumentary television shows that are so popular today. The intertextuality also reaches across other kind of genres, which include historical television programs and reality television. 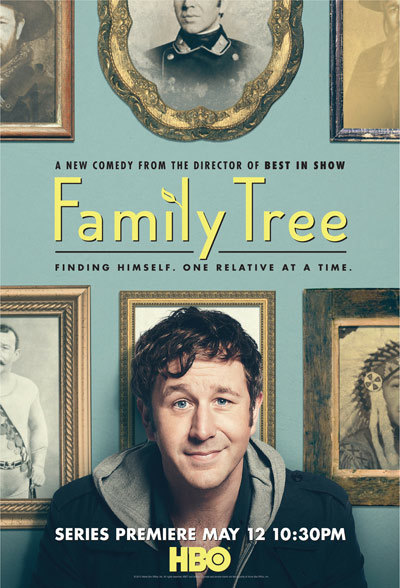 Typically, Guest’s films are arranged with an ensemble cast of oddballs and strange personalities. These characters come to work together in the end of the story, which ends with a (relatively) happy conclusion. Family Tree seems to be heading in the same direction. His lead character, an Englishman with an Irish accent, Tom Chadwick (played by Chris O’Dowd), has inherited a trunk full of family heirlooms. Tom then decides to sift through the treasures in the trunk, which lead him to explore the pieces of his family tree. Tom is helped by his sister who speaks through a monkey puppet, his British sit-com obsessed father and his incomprehensible Russian wife, and his best friend, Pete, an amateur petting zookeeper. This cast of oddball characters is not unlike the typical mockumentary format, and a format that is specific to Guest’s previous work, however the way in which Family Tree is presented is different than other television mocumentaries.

Roscoe and Hight, suggest degrees for how typical mocumentaries can parody actual documentary style. These degrees are: parody, critique and hoax, and deconstruction. The three degrees are relatively self-explanatory, and can be best understood through contemporary examples. A film like Drop Dead Gorgeous (1999, New Line Cinema) is a classic example of mockumentary parody, as it mocks contestants in a regional beauty pageant. The Office (both the US and the UK versions) critique the lifestyles of middle class living and typical office work. Finally, Modern Family deconstructs the idea of what a modern family actually consists of. Clearly, these three degrees are fluid and can overlap in most cases, but they are relatively comprehensive for the genre. It is my opinion that Family Tree doesn’t fit into any of these categories, and is part of its claim for originality. 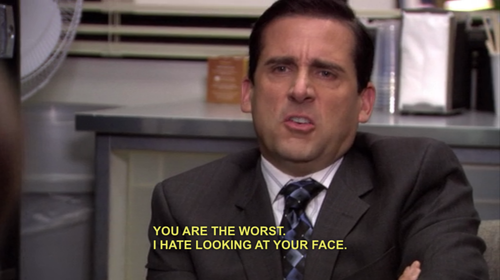 Steve Carell in The Office

Family Tree sets it own course in the mockumentary television genre from the beginning. Instead of knowing precisely what the documentary will be about before the first scene of the first episode (if the title hasn’t given it away), the audience learns of the shows thesis right along with the main character. This is atypical for mocumentaries as the writers must already know what the thesis is to make the “reality” of the documentary have some ground to stand on. It is my opinion that Guest made his opening of Family Tree this way so that he could straddle the line between sitcom and mockumentary, making it more palatable for the television medium. Everything else about the show is within the constraints of the situation comedy genre, however it has the addition of the talking heads, which qualifies it as a mockumentary as well. Guest is knowledgeable about formulations of television genres and hence situated his program nicely between the two formats. 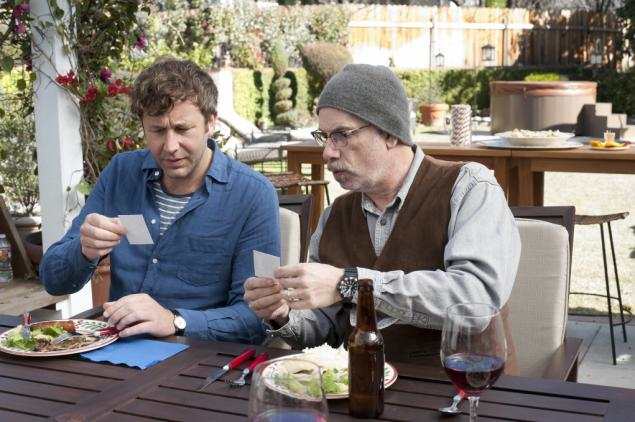 HBO is able to provide a support system for their more transgressive auteurs because they are a paid service and therefore do not have to succumb to the “dumbing down” of their content due to the ratings system and sponsors. The network has a history of cinematic television and providing a space for show runners with nontraditional story lines. One could also assume that as a network that originally provided fast access for home viewing of Hollywood films, their primary audience is more aware of the cinematic elements that HBO offers in their series. This is important to keep in mind when thinking about Guest’s role as an auteur. HBO has set a high bar for themselves to offer cinematic television, and so often hires established auteurs to create something for their network. Because of Guest’s role as an established auteur, HBO understand that by having him create a show for them they are also buying a pre-existing audience. This audience also has pre-existing understanding of what to expect when watching a Guest program. This is why Guest can make something for television now, which at one point may have seemed dated. Anything he brings to the network will seem fresh, as only Guest can make a program that has the “Guest touch.” So long as Guest continues with his own format (one that has been successful for him since the 90s) whatever he brings to the table will be unlike any other program on television and will likely redefine the concept of the mockumentary genre, whether it’s in the television format or film.