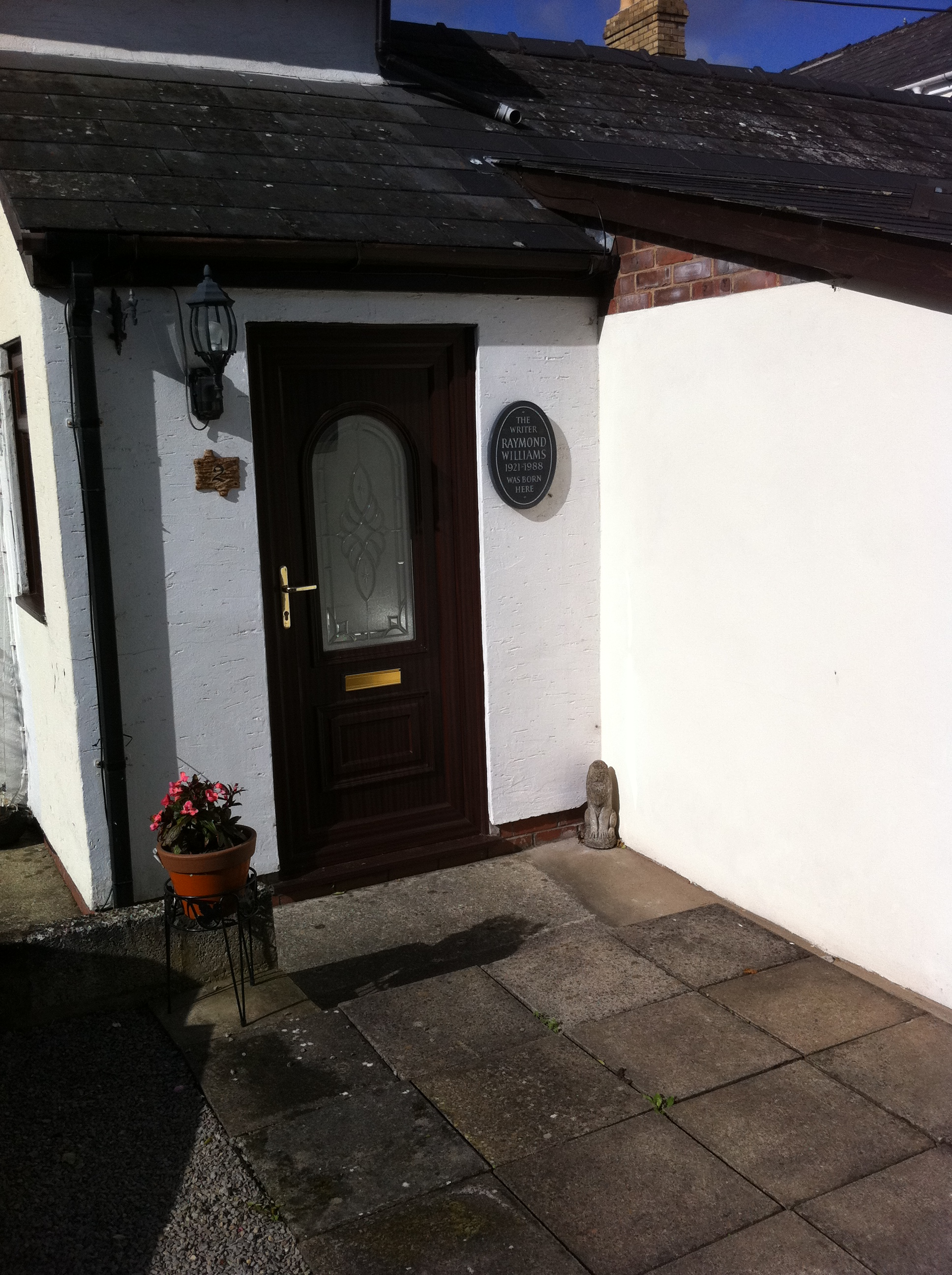 Insofar as my Cinema Journal essay “Raymond Williams on Film” intended to surface a lesser-known aspect of his engagement with moving image culture, the study had, of necessity, to eschew extended discussion of Williams’s familiar efforts in the theorization of television. I did, however, suggest that there is still critical work to be done around Williams’s writings on television, and I hinted at possible research paths along those lines. For instance, there has been virtually no critical engagement with the practical criticism of individual television broadcasts that Williams offered over four years in a monthly column for The Listener (collected usefully in the 1989 volume, Raymond Williams on Television) and I hope at some point to return to these less-known writings for the ways they, in contrast perhaps to the better-known Television: Technology and Cultural Form, mediate the direct level of textuality in individual television programs with fascinating ideological analysis. Here, though, in this online complement to my Cinema Journal essay, I want to remind us of ways we’re still not done with Television: Technology and Cultural Form and note some aspects of that breakthrough 1974 volume that merit renewed study.

Clearly, of course, Television: Technology and Cultural Form is in its status as a classic of television studies — even, perhaps, the formative book of the field — a book we can easily assume we’ve grasped in all its consequential implications. For instance, a vast, impressive secondary literature on the key concept of Flow has not only dissected myriad meanings to the term but found ways to update it to new moving image technologies. Yet, even with our seeming familiarity with Television: Technology and Cultural Form there remain compelling paths of possible critical engagement:

1. At a most immediate level, the book calls out for illuminating genealogical, even graphological study. The Williams archives at Swansea University (where I was able to find so much on Williams’s extensive, but little-known, engagement with cinema) hold the draft for Television: Technology and Cultural Form, and there is much about this manuscript that could tempt the exacting (even perhaps obsessive) archive-geek: for instance, while the body of the manuscript is a long typed text, this typescript bears all sorts of written additions. To take just the most revealing of these emendations, the introduction of the key concept of flow (p. 86 of the 2003 “Routledge Classic” edition of the book) is hand-written onto the manuscript, suggesting that Williams evolved the notion of flow over the days of his engagement with current television form during his famous U.S. trip. (The well-known description of his discovering flow while watching television in Miami when “still dazed” from the boat trip over is, in the first text version, “slightly dazed,” a much less dramatic rendition of the encounter). The Swansea folders on the television book also include program notes (probably compiled by Joy Williams) for a multitude of programs that aired during the Williams’s U.S. stay, along with Joy’s tabulations of content for a variety of American TV channels for the book’s quantitative analysis of programming decisions. All this material invites careful investigation into the genesis of Williams’s study, and the results could indeed contribute to the historiography of television study and the role of Williams in the discipline’s development.

2. As I imply in my Cinema Journal piece, the very emphasis on the breakthrough concept of Flow in the secondary literature, while no doubt understandable given how much that concept has mattered to our continued understanding of the televisual medium even as it evolves over the decades, has meant that other potential contributions of Williams’s book have been under-studied. The focus on Flow tends to inflect the reading of Williams in a textualist direction even as he himself wanted to move beyond stylistics alone to television’s social emplacement: as the subtitle of the book would have it, it is notably not “form” alone that Williams analyzes but its “cultural” implications, and this, for him, necessitates a move beyond textual analysis alone. Here, we might note two key political areas into which Williams wanted to intervene. First, Television: Technology and Cultural Form is a volume very centrally focused on questions of policy: for example, issues of access creative/political control over the means of production. Perhaps as cultural policy studies and political economy of media gain in traction, we may see more concerted attention to this major side of Williams’s book (and to this one study’s relation, then, to Williams’s continued engagement with culture policy throughout his writings on communications). Second, Television: Technology and Cultural Form is very much concerned with the development of media technologies, both past and future, especially around delivery platforms, and while he certainly gets some predictions wrong, Williams’s very desire to diagnose how our moving image cultures are delivered to us could itself become the object of significant historiographic and theoretical analysis. To take just one example, while Williams is celebrated for the key concept of “mobile privatization” (for instance, far-flung images consumed by monadic subjects ensconced within domesticity), Williams actually wondered if historically there couldn’t have been (and in a possible future couldn’t perhaps still be) publicly broadcast television in large-scale format. The issue here for Williams was both formal (a lot he felt was lost in visual quality on the small sets of the bourgeois home) and cultural (a lot he felt was lost in shareable democracy when television was consumed as domestic event). Williams’s critical examination of the media technologies we have accepted compared to the ones we might have developed bears further investigation.

3. Above all, we need, I think, to not assume that the voluminous, admirable secondary literature on Flow settles the case for what this term intends. In particular, in reading beyond Williams’s writings on television, I was struck by parallels between what he says elsewhere about advertising (for example, in his famous essay on “Advertising: The Magic System”) and the quite denunciatory analysis of commercials that he offers throughout the television book. For Williams (and here his debt to F. R. Leavis and a notion of commercial culture as an excrescence on an imputably more “authentic” culture is apparent), advertising is a corruptive detouring of cultural talents, and he is excoriating about commercials on television. What is important here with regards to Flow is that, in contrast to the ways it is sometimes rendered in the critical literature, Williams sees Flow as frequently anchored to the punctuating power of commercials: Flow is not undifferentiated outpour but a sequencing that often only find a sense (a highly ideological one, to be sure) in the recurrent blare of the advertisements. As Williams puts it (p. 119), “The most ordered message, with a planned use of sight and sound, are the recorded commercials. . . . Devices of repetition to sustain emphasis within flow are common to both [commercials and new items],” and Williams even resorts to a new sort of textual notation, in a way that makes his work resemble modernist poetry, to attempt to render this anchoring of flowing meaning: “today . . . today . . . today . . . now . . . fast . . . or tomorrow . . . don’t miss it . . . today . . . coming out . . . today . . . today . . . at this moment . . . today . . . now . . .”

When Television: Technology and Cultural Form was reissued in 2003, it was as part of a series notably named “Routledge Classics.” Perhaps Williams’s book merits such reverent nomination, but there’s always the risk that classic status means we think we’ve fully grasped the work and can be done with it. Yet, as I suggest, important, rewarding work remains to be done around Raymond Williams’s rich engagements with moving image cultures, and here his television writings, no less than the little-known ones on cinema, still merit attention.