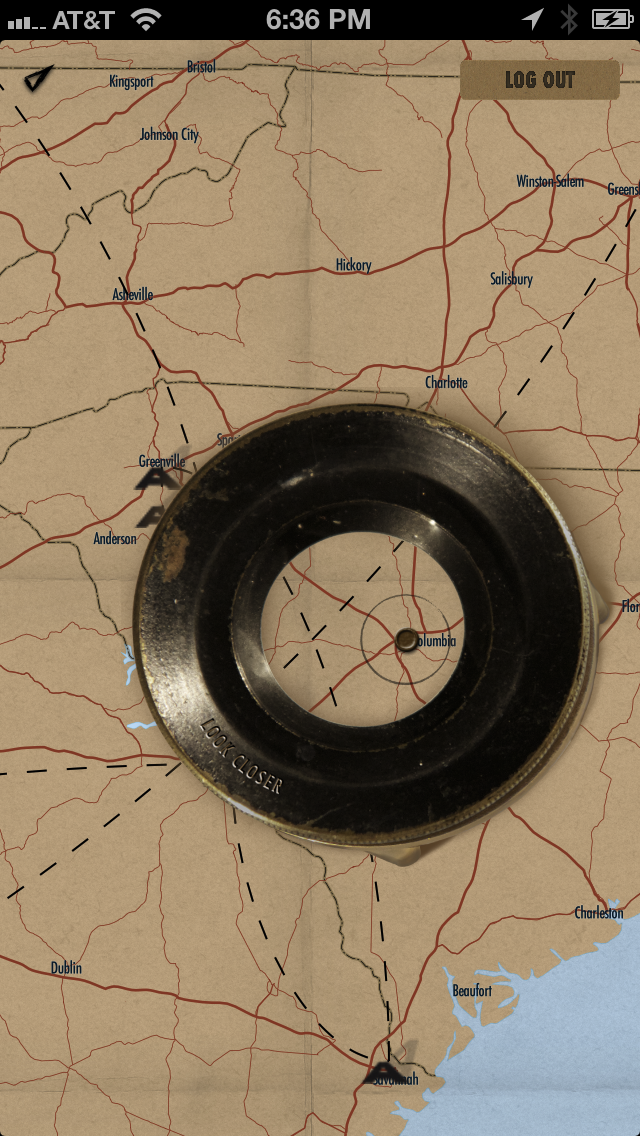 In my last column I introduced Ghosts of the Horseshoe1 as offering a model of habit-change that materializes through empathic awareness. In this column I discuss a second mobile application called Augusta App,2 which endeavors to elicit a more subtle change in habit, which I term “habit-ing differently.” While Ghosts invites individuals to “remember history otherwise,” Augusta App attempts to make palpable the ways in which our everyday practices with technologies support the processes that ensure that we are manageable. In the process, it aspires to elicit a way of inhabiting our mobile present in a manner that begins to recognize our inclination to announce location and thereby render ourselves findable.

The Man: Scott Nixon
From the 1930s through the 1950s, traveling insurance salesman and amateur filmmaker Scott Nixon documented the various Augustas he encountered during his travels throughout the United States. He filmed towns, streets, and schools called Augusta and subsequently edited the sequences together into a 16.5 minute compilation film called The Augustas, which is now cared for by the University of South Carolina’s Moving Image Research Collections.3 The Augustas can be understood as a record of Nixon’s travels to various Augustas; but to settle on this one interpretation is to avoid the film’s pleasurable puzzle: the principle of organization is unclear. The 36 instances of Augusta edited into a montage of disparate locations and scenes disclose no particular geographical or temporal order. Each Augusta is, however, identified by signage, intertitle, labeled still image, train schedule, or map. In this way, the film confronts its spectator with the question of how to interpret the label “Augusta.” 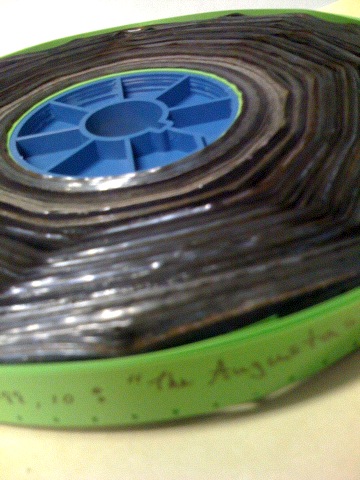 I am interested in the very real relationship this problem of findability reveals between (1) the indeterminate relationship between a name and place or thing and (2) the infrastructure that makes it seem determinate, such that persons, things, and information may be definitively placed, even while in motion. Nixon’s home movie confronts us with a challenge we face everyday: how to find, locate, name, access–people, places, things, information, etc. Increasingly, such “finding” occurs in real-time by means of handheld networked devices. But locating is not necessarily reliable, and the relevance of any “find” often depends on data processing that places persons and events amidst a larger population as well as within a territory. 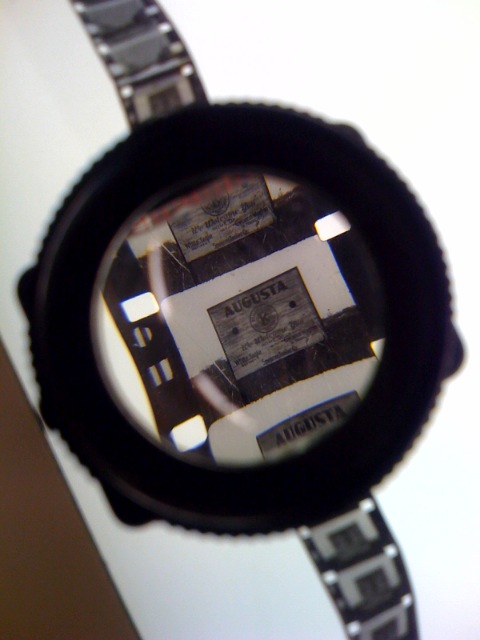 The Problem: TSP
The TSP is a problem of determining optimal paths through a given number of specified points. Basically, it asks, What is the best route for traveling round-trip to some number of cities? This is precisely the type of problem companies employing traveling salesmen–or, sales representatives–confront. Out of fiscal necessity, one must minimize travel costs by spending less time “on the road.” The most efficient itinerary is critical. But how to identify such an itinerary turns out to be surprisingly difficult. That’s why in 1949,4 RAND Corporation named it on its list of prize-winning mathematical challenges. 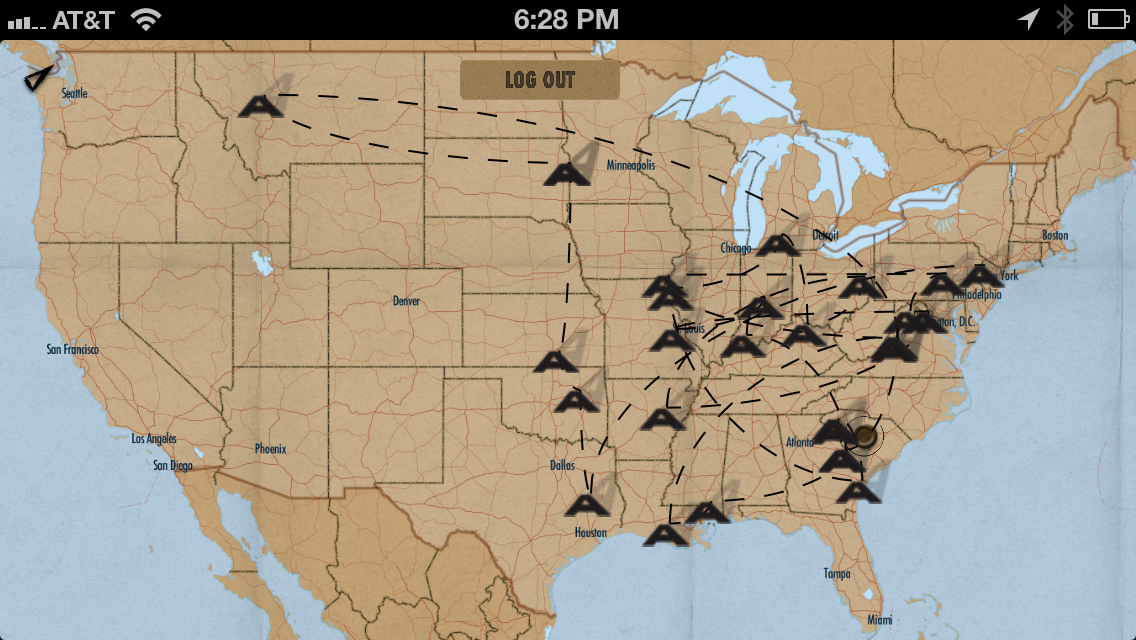 The TSP has many variations, including such challenges as scheduling FedEx delivery routes, coordinating airline flight schedules, and routing mobile phone calls. Computer scientists regard the TSP as “impossible” (broadly) because one cannot determine efficiently a singular “key,” i.e., plan or search term, for sorting various stops, or “nodes” into a fail-safe route or “tour.” Even if we specify a point of departure and return, a variety of potential paths always exists. Any number of factors–for example, ice, accident, traffic, road block–might potentially impede or alter any one designated route. Without a reliable principle of organization to govern the order of travel, effectively sequencing a series of stops proves contingent on a wide array of variables. 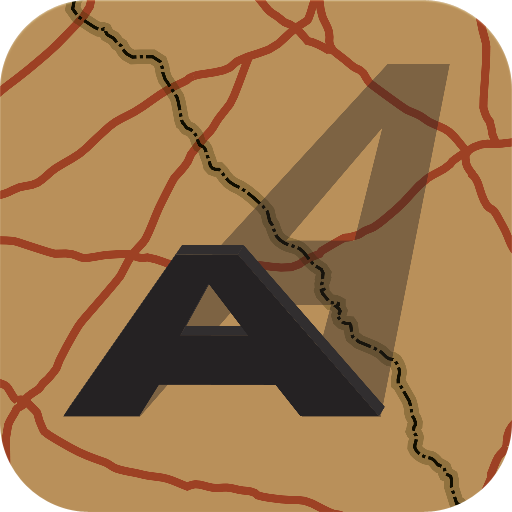 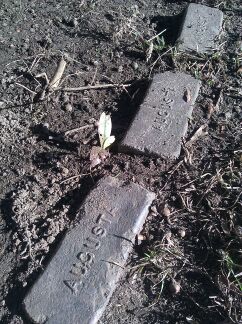 Augusta App features four distinct but inter-related functionalities. These include a mapping feature, a Twitter-like feed, a ledger that measures one’s degree of participation against the larger community, and a photobox for souvenir images Augusta App pushes to participant devices. Once registered and after having accepted Augusta’s request to “use your location,” three things happen: (1) the feed feature pings the participant periodically with updates, announcements, selected excerpts, etc., and invites the participant to post updates; (2) the application’s tracking function tracks her and her locations, which are subsequently mapped against tours of Scott Nixon’s Augustas and in relation to the broader
Augusta App community; and (3) Augusta App presents her with a visual interface that features a magnifying loupe that allows her to access data regarding her and others’ engagements with the App as well as the book (via QR codes in the text). In combination, these dimensions provide a user experience that proposes to make material the fact that handheld networked technologies create habits, and such habits help to regulate populations. But those very habits may also be revised by communities of participants who are themselves counted as members of a population. 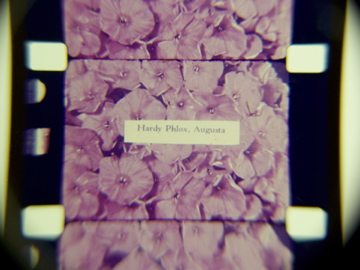 Many of us keep our mobile devices close at hand–just as Nixon’s camera must have been during his travels–and they are almost always “on” (even if on vibrate). We use them daily to find, locate, and access data of various sorts. But these practices require us to participate in procedures that ensure that we are connected, on-grid, locatable, and predictable. Augusta App takes up Nixon’s Augustas in order to draw attention to this way of being–of always being locatable–in the mobile present. One response, in the case of Augusta, might be to seek and find Augusta everywhere. Such a response would suggest an appreciation for how “finding” is frustrated by a proliferation of data.