Downton Abbey and Mad Men: The End of the World as We Know It
Kristen Hatch / University of California Irvine 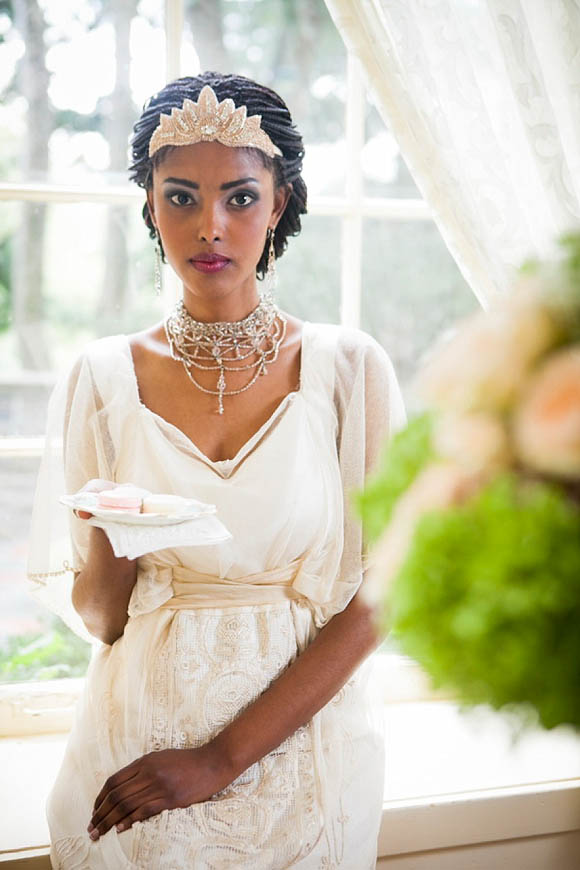 Times are hard for the middle class; the future seems less certain than it has in more than a generation. We have yet to know the full extent of the financial crisis that began with the collapse of the US housing bubble in 2007, and already the rules of the game seem to be changing. Once, it was understood that hard work and a college degree would pay off with material comfort and economic security. Now, many recent college graduates (and their parents) are questioning the wisdom of assuming massive debt to pay for a college education. Meanwhile, increasingly strange weather patterns have made it all but impossible to doubt or ignore the fact that global warming is too high a price to pay for our cars. And technological change seems to accelerate by the day; a generation of middle-class children has learned to operate a smart phone before they learned to read.

“When is everything going to get back to normal?” (Roger Sterling)

In the midst of all this change and uncertainty, we have the comfort of watching television shows that dramatize world’s end. I’m not referring to apocalyptic shows like Walking Dead, but to shows that turn our attention to the lives of characters living on the cusp of change. The British mini-series, Downton Abbey (2010- ) is set in the waning years of the British aristocracy as the characters contend with economic and social changes that spell the end of the show’s titular estate. Downton Abbey is home to the Earl of Grantham, his American wife, and their three daughters, and it is maintained by an army of servants—valets and lady’s maids, cooks, chauffeurs, footmen, a housekeeper, and a butler—whose lives are already becoming an anachronism in the midst of labor unrest and the demise of British colonialism. AMC’s Mad Men (2007- ) is set in post-war America, at a moment when various social movements—women’s liberation, civil rights, the sexual revolution—are a gathering storm poised to transform the world of white, middle-class luxury these characters live and work in. Sterling Cooper (later Sterling, Cooper, Draper, Pryce), is a refuge of sorts to the executives who enjoy sexual adventure and freedom at work in marked contrast to their constricted lives at home. But the executives’ excesses depend on the support of women—primarily secretaries and wives—who will soon be burning their bras.

The shows share a similar inter-generational dynamic. Both center on a father figure, Lord Grantham (Hugh Bonneville) and Don Draper (Jon Hamm), who benefits from this system of white, male privilege yet nurtures a successor who is representative of its demise. Through the Austenite plot device of an entail, Matthew Crawley (Dan Stevens) is the unenthusiastic heir to Downton Abbey. A middle-class professional, he is critical of the Crawley family’s heedless privilege, though Lord Grantham informs him (and the audience) that the delicate ecosystem of the estate depends on the family’s continued extravagance. On Mad Men, Don Draper promotes Peggy Olson (Elisabeth Moss) from secretary to copy writer, ushering a working-class woman into the locker-room atmosphere of the executive offices. And in both shows, the best lines go to members of the old guard, the Dowager Countess (Maggie Smith) and Roger Sterling (John Slattery), who offer colorful commentary on the ways in which their worlds are changing.

While these shows are bathed in nostalgia, I see in them also a celebration of the ideal of progress, an antidote to the uncertainty that pervades our own lives. They are full of joking references to our current, more enlightened view of things. We laugh when the dowager asks, in utter consternation, “What is a weekend?” or when Betty Draper scolds her daughter for putting a dry cleaning bag over her head (“If the clothes from that dry-cleaning bag are on the floor, you’re going to be a very sorry young lady.”). Viewers are repeatedly reminded that we watch the shows from the other side of a historical divide and are invited to anticipate what is in store for the characters: the devastation of World War I and the displacement of the British aristocracy by a socialist state; the assassination of John F. Kennedy and the establishment of the Equal Employment Opportunity Commission. While audiences might be dismayed by the idea that Downton Abbey might be sold in pieces or that the office will become the well regulated place it is today, we are also asked to recognize this as the price of “progress.” Downton Abbey, the more conservative of the two shows and the more celebratory of the world it depicts, reminds us that the servants are utterly dependent on their employers’ generosity for health care, job security, and retirement. And Mad Men suggests that marital rape, homophobia, anti-Semitism, and racism are as much a part of the past as is the three-martini lunch. Often, the shows appeal to us as educated viewers whose middle-class status rests on the very social changes these characters fear.

What we have lost, according to these shows, is style. And, not coincidentally, this is precisely what the shows have to offer. Like Matthew Crawley and Peggy Olson, the audience is seduced by the wit and beauty of these worlds. Both shows are notoriously devoted to period detail, and much is conveyed through their mise-en-scène. The orderliness and precision of Downton Abbey and its commitment to tradition are displayed in the meticulousness with which the table is laid, and a son-in-law’s reluctant acceptance of his new social position is revealed when he dons a dinner jacket. In Mad Men, the imposition of a Victorian fainting couch in a modern, suburban living room is revelatory of Betty Draper’s malaise, while Roger Sterling’s mod, white office décor points to his impending mid-life crisis.

More than this, though, the shows lovingly reproduce the clothing and decor of the past—the elaborately embroidered dresses and extravagant hats that were lost to mass production, the distinctive silhouettes of post-war fashion that were discarded along with the constricting shape wear that undergirded them—in order to resurrect the spirit of these lost worlds. The sense of loss is mitigated by our ability to reproduce the shows’ “look” within the context of our own lives. Mad Men inaugurated a fascination with all things “mid-century modern” and inspired Banana Republic to launch its “Mad Men Collection,” limited-run clothing that evokes the show’s fashions, while Downton Abbey has helped revive cloche hats and empire waists and inspired a trend in Edwardian weddings. In this way, the shows make a democratic petting zoo of these lost worlds, allowing us to see and touch them without feeling the bite of their oppressive nature. 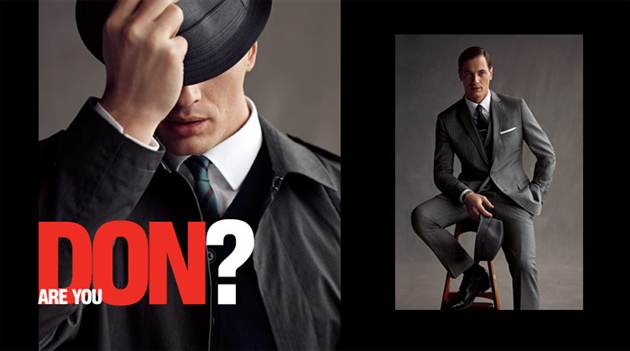 In these uncertain times, it is comforting to indulge in television shows about other people whose lives are on the edge of change and to see in that change not the zombie apocalypse but the familiar march of progress.