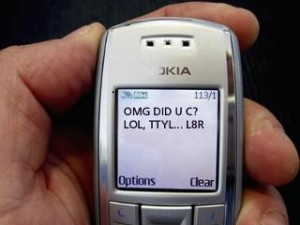 The Linguistics of Text Messaging

Several years ago I was talking with one of my then adolescent daughter’s friends. As I am wont to do, I had steered the conversation around to the use of mobile phones among teens. I had become fascinated with their use of the ellipsis, i.e. the series of three periods (. . .) that according to the more straight laced grammar books means the intentional omission of a word or a whole section of text in a citation.

I had noted that teens were using this form of punctuation in novel ways. In some cases it was being used as a question mark as in “are you still in class. . . call me when your home”. They were also replacing periods, commas and other punctuation. Indeed in a paper I have written with Naomi Baron we found that almost 10% of all sentences in the corpus we were examining included ellipses. In this corpus the ellipsis was never used for the purpose stated in the grammar books. Coming back to the interaction with my daughter’s friend, I pointed out that the usually a comma was used where she used an ellipsis. Her telling response was “Oh, that’s how Mom writes.”

Her repurposing of the ellipsis was not just an un-thoughtful mistake. It was not an idiosyncratic lark. It was a patterned form of interaction being used as a generational marker. She, and her friends, were consciously using this to define their sense of group identity. The slang words, the use of smilies and the punctuation of their texts were all of a piece. The fascinating thing was that their group definition work went beyond the words all the way to the use of punctuation. With time, some of these locutions — if that word can apply to punctuation — have become more stable and perhaps used by broader groups. It might be that, to her horror, her mother started using ellipses. In other cases, the particular formulations and typographical symbols have been replaced by other more currant variations.

In the ongoing definition of the group, there is the need to have a stock of common formulations and argot available for common reference to help maintain group cohesion. They act as referent to our common lore. We can see this in the use of Facebook. When we hook up with old high school for the first time in many years, it is these long-forgotten forms of interaction that we draw on to, in effect, blow off the dust and put some life into the interaction. So long as these are being used by old crotchety Facebook users to relive the high-school baseball game that we won, there is not much life in them. They are more like dusty museum pieces that are not really in their proper context (sometimes embarrassingly so). 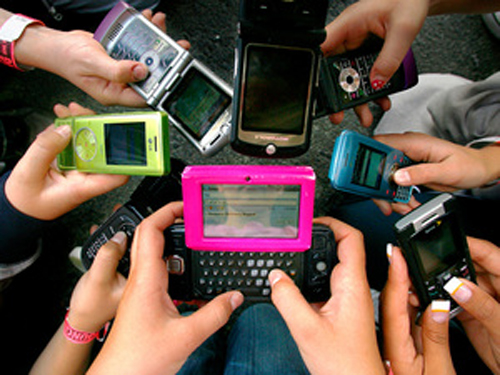 If we go back to the teen girl and her circle of friends, the repertoire of linguistic devices was dynamic. As one form became too boring or was adopted by others outside her circle of friends (read: parents), there was the need to replenish the stock. Indeed, this is one of the tasks of the group. There is the need to occasionally find new ways of marking the vitality of the group. The lyrics of songs; phrases from TV shows; unintended mispronunciations; and a variety of other sources can be drawn on. These phrases have a career within the group. At first they may be funny or telling. Later they gain a relatively stable meaning and are predictably used in a given situation. They might gain some sort of moral imperative in that we feel that there are appropriate and inappropriate uses. Eventually, the phrases might become shopworn and tired. Finally they might provide the members of the group a type of perspective on some distantly removed point of their lives. In the case of my daughter’s circle of friends, there was a phase of texts where they replaced the final “s” with a “z”. Hugs, for example would be spelled hugz. Groups often have a collection of these words. That are used to mark membership and internal cohesion.

Texting and social networking give a new dimension to this. Many people have wondered if texting the use of lexical shortenings (i.e. LOL, gr8, etc), is ruining the language by making us unable to spell. While there may be some of this, but in spite of everything, people are writing to one another. In that writing, we are enjoying a laugh and communicating joy. We are texting shopping lists to our partners. We are telling one another of poignant issues in our lives and we are expressing our anger. Each one of these interactions gives us the opportunity to connect. They give us the chance to tighten bonds and to make a connection. In addition, in writing we also have the chance to take the measure of ourselves. We have the opportunity to think through a thought and to express it in a cogent, interesting way.

This brings me to the second portion of this essay, namely when the “inside language” unnecessarily becomes a barrier. In some cases we use self-defining language that operates on its own terms. It does not take into account readers from outside a specific milieu. In this case I am turning the focus on some academic discourse.

I have just read (or should I say tried to read) an article that was soundly living in its own world. There were sentences packed with obstinate formulations like “unengaged spatiality” being “reemerged in codes and sociospatial formations.” There were mystical “de-essentializing frameworks” and “differential contra-consistency” vis-à-vis “’plug-ins’ of subjectivation.” This is pretty heavy reading. It is only after extreme torture, if ever, that these formulations will give up their meaning.

I fear, however, that almost by design I would never be able to understand the intention of the article. It perhaps intentionally exists in its own space. I fear that only those who are aware of the discussion and the special use of these terms would find this accessible. That is, only a small group of like-minded people can enter into this discussion. The language is being used to mark a boundary. I know, for example that if I try to read a paper that is full of equations and Greek symbols, I will not get far. However, that is because I have not taken the effort to learn the language of math. On the other hand, I have a sense of humanities and the social sciences. I am generally a competent reader in these areas. In this case, the author is only trying to make some academic hay. 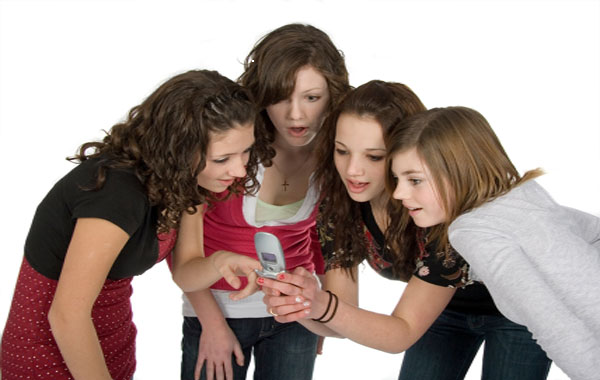 I am reminded of physicist Alan Sokal who submitted a concocted text entitled “Transgressing the Boundaries: Towards a Transformative Hermeneutics of Quantum Gravity” to a post-modern cultural studies journal. The publication of the patently absurd text showed that at least some academic kings had no clothes on. Using what he called “a pastiche of Left-wing cant, fawning references, grandiose quotations, and outright nonsense” Sokal made incongruous assertions such as “there exists no external world,” and “physical ‘reality’… is at bottom a social and linguistic construct.”1

This is a good point of reflection for academics of all stripes.  As academics we are often carry with us a set of theories and methods with which we examine the world. These are supposed to be broad enough to deal with the phenomena we study. There are often “boundary” discussions with regard what is included in our area of study. For those things that we study, we clothe ourselves in the role of the expert. For the things outside of that, it is, potentially, not our concern. In all this, we need to make sure that we do not simply exist in our own sphere without reference to the broader academic and indeed non-academic world beyond. Perhaps we need to recast the Serenity Prayer into what might be the academic Humility prayer. Namely: Grant me the humility to accept and value the knowledge arising outside of my discipline, the insight to understand the things within my discipline and the wisdom to contextualize the latter with the former.