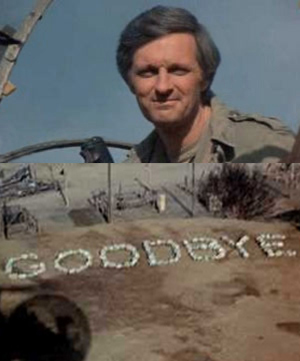 The medium of television began changing with the introduction of cable television nationally in the 1970’s. By the end of the decade, nearly 16 million households were cable subscribers. Cable television often appealed directly to adult television viewers though. The lack of FCC regulation on cable networks such as HBO and Cinemax allowed the networks to feature more adult entertainment. The advent of the VCR in the early 1980’s and the explosion of videotape rental businesses gave Americans more of a choice when it came to their home entertainment decisions. By the 1980’s, Americans were no longer solely dependent upon the major networks; cable television and videotapes offered a multitude of entertainment possibilities. This began to have a precipitous impact on network affiliate viewing. In 1985-1986, 45.1% of U.S. households were tuned into the major networks on a nightly basis. In the 1980’s, there were still television shows such as The Cosby Show, Family Ties, and Cheers that had mass audiences though. By 2000-2001, the network share had dropped from 45.1% to 32.6%, a 28% drop. The winner for the viewing audience was basic cable which saw its share go from 3.9% in 1985-1986 to 28.2% in 2000-2011. This was a 1382% increase. Even more important, basic cable was almost claiming as many viewers on a nightly basis as network television. The number of choices in basic cable also exploded in the 1980s and 1990’s with channels devoted to home shopping, history, sports, news, children’s programming and home design.1 This meant that Americans were far more fractured in their viewing patterns.

The one unique exception to this model was the 2012 London Olympics. Prior to the summer of 2012, many cultural commentators believed that the Olympics were passé, a relic of the twentieth century. Yet more than 219.4 million Americans watched the Olympics, making it the most watched event in U.S. television history. NBC’s coverage of the Olympics was wildly castigated by the critics as human interest stories (rather than sport) seemed to construct the coverage and that the network almost exclusively focused on American athletes. Yet this combination of Lifetime/Hallmark emotion and rampant nationalism played well with the American people, with over 31 million Americans watching the coverage every viewing night. Perhaps this sharing of a sporting event, draped in melodramatic emotion and patriotism, supplanted the relentless parade of tragedy on television.2 This relationship between a mass medium, iconic shared moments, and national identity, in the twenty-first century, is ripe for exploration. The old models no longer apply.