The Unbearable Literacy of Media: Travels in the Reality-Based Community
Ralph Beliveau / University of Oklahoma 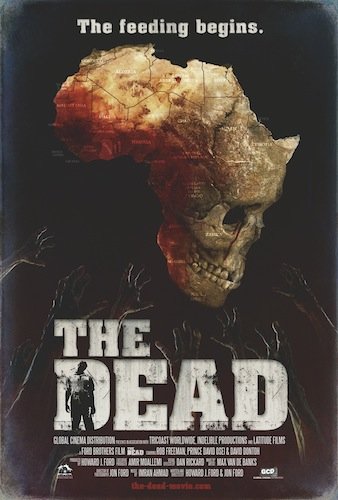 Would an audience know the historically ironic significance of zombie cannibalism returning to Africa?

“And whose the shame, at every mute micromillisyllable, and unslakable infinity of remorse delving ever deeper in its bite, at having to hear, having to say, fainter than the faintest murmur, so many lies, so many times the same lie lying denied, whose the screaming silence of no’s knife in yes’s wound, it wonders.”
– Samuel Beckett, Texts for Nothing XIII. 1

Media literacy is a problem and a challenge for all of us, especially those of us who think we have it figured out. It’s an example of how a little knowledge can be dangerous because we get comfortable; we forget the difference between thinking we know something and realizing how knowing something is almost always compensated in the great balance sheet of the universe by the stark awareness of how much we don’t know. It is, as Beckett mentions above, the screaming silence of no’s knife in yes’s wound.

Do the fans of Twilight films and books need to be aware of the struggle between Gothic and modern horror, much less romances that are as much about the presence of sex as the repression of it? Do viewers of The Walking Dead need to consider their experience not just against the revolutionary (for its time) work of George Romero, but also against the history of African American representations on stage and screen, looking for a way to manage race through a terror of the syncretism of African religion and Christianity?

Can Downton Abbey make sense to people who don’t contextualize its representations of a class system within an empire where knowing one’s place was expressed through colonial racial violence?

These kinds of questions arise out of a concern for getting at what media experiences mean, where they come from, what they tell us about ourselves individually and collectively. But they also have a two-sided relationship with history. The larger contexts of history are appraised as the place we locate meaning; at the same time, we empower this history at the cost of understanding the moment, the experience that should also be seen “free” from the burden of history.

I would never argue for historical ignorance; but I think a dose of humility is also in order. And that humility should arise from knowing that, as either Seneca2 or The Doobie Brothers put it, what were once vices are now habits. The vices that people with a critical perspective on media literacy identify are the vices of not taking the TV, film, or online material seriously from a critical perspective. Audiences consume, satisfy their pleasure centers, ritualistically reinforce their grasp on the universe, and move on to the next experience. The downside is pretty clear to the critic; any depth of understanding is not achieved because it is not sought after, and meaning remains superficial.

True enough. And if and when a culture realizes the fundamental value of media literacy this could be challenged.

This American Life, from my old WNUR news radio friend Ira Glass, recently did an episode on middle school life. It presented the idea that the things that we learn when we are in that terribly odd part of growing up—12-, 13-, 14-years-old—we learn in a deep and profound way. Our neural circuitry tries to go about the business of multiplying to get the greatest chance of establishing who we are. And what we learn goes quite deep. This would be the greatest stage to plunge kids into a media literacy way of thinking, so that the TV, and movies, and novels, and radio, and music that they see are seen with both pleasure and a critical eye.

They will also, however, be involved in a media environment that the older and the ossified will find harder to inhabit, and this is where the humility of the critic needs to be emphasized. These young (and privileged) folks are wiring themselves for an environment where cellphones are the norm; where online is a source for cheaply produced entertainment and relationship development; where Facebook is old school, Pintrest is last week, and two hours ago was Instagram/Hipstagram; where TV is DVD sets, streaming, grey market downloads, and fan poaching. To the natives, this isn’t new or revolutionary; this is the water they are swimming in. And that water is free from the contamination of historical perspective. 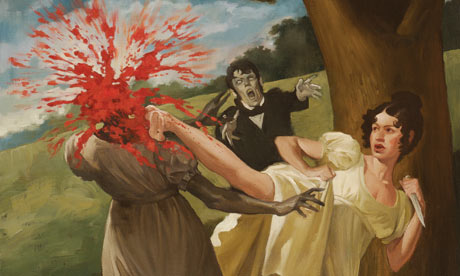 Generations of meaning; above, Jane Austen and zombies; below, vlog meets Pride and Prejudice 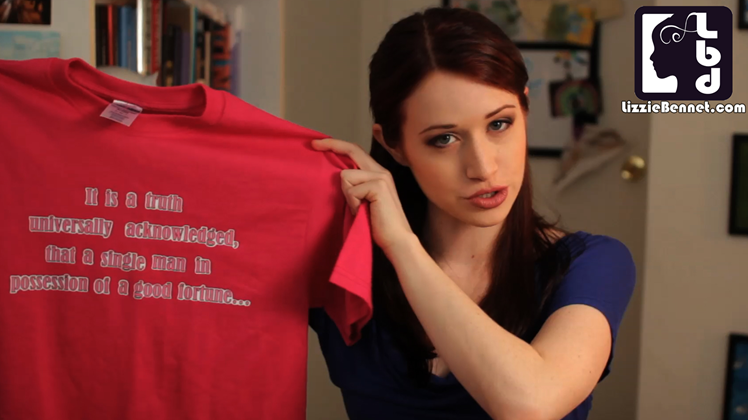 Ok, so that last part is not really a good thing; but it is a thing. It is a way of being in the world that has a vitality and energy to it that critical minds can sometimes diminish without understanding. And that is the humiliating point: we don’t understand it. Our tastes were formed in other places, our intellects formed with other contexts, our emotional dimensions formed in a different “structure of feelings,” as Raymond Williams put it. In The Long Revolution, he argued that the structure of feeling…

…is as firm and definite as ‘structure’ suggests, yet it operates in the most delicate and least tangible parts of our activity. In one sense, this structure of feeling is the culture of a period: it is the particular living result of all the elements in the general organization…[T]he new generation will have its own structure of feeling, which will not appear to have come ‘from’ anywhere. For here, most distinctly, the changing organization is enacted in the organism: the new generation responds in its own ways to the unique world it is inheriting, taking up many aspects of the organization, which can be separately described, yet feeling its whole life in certain ways differently, and shaping its creative response into a new structure of feeling.3

Yes, this is a territory where older, more critical folks are visitors, colonizers, aliens. And like the colonizers of yore, there is an unfortunate tendency to assume a position of superiority. There are clearly justifiable reasons to invest in that critical position, since it seeks to more fully understand and articulate the problems in a media ecology, especially one that is not really as interested in the lessons of history and critique as it is in the lessons of consumption and competition as fundamental civic virtues. But the dangers of assuming the superior position lay in the potential of misunderstanding the new structure of feeling, and in doing so failing to understand how to communicate back and forth to its citizens.

This in no way diminishes the power and significance of investing in media literacy at all levels of a culture, across different structures of feeling, through different media ecologies, and across networks. Consider, for example, the efforts on the other end of the media literacy spectrum—communicating young to older—represented in the BBC’s “Give an Hour” campaign. What are the implicit lessons about “moving about” online?:

It does not mean that the potential threats that come from the general ignorance of net neutrality, fair use rights, or the illusionary state of progress in identity and oppression issues are not issues that need a vastly larger presence in public pedagogy. But it does mean that the discussion that arises will, indeed, be more of a dialogue, a place where, as both Paulo Freire4 and Maxine Greene5 have argued, teachers become students and students become teachers.

Becoming a student again requires humility, but it also requires generosity. It requires granting validity to the experience of others in their media contexts even before it is subject to context based, historically informed critique. People who practice media literacy or television criticism might want to invest a bit more time in developing ways to talk about pleasure, for example. It occurred to me in a class I was teaching about key media literacy ideas and questions that the notion of pleasure was not on the list (which was drawn from the work of the Center for Media Literacy). On realizing and bringing this up, a discussion ensued where my students were asking me how one can square the “guilty” and the “pleasure.” I’d like to say the answer is clear, but the implications are very complex. On the one hand, watching things from a critical perspective does not extract one completely from complicity. When we see a series of images designed to critique a media formation like violence against women in music videos, as in Sut Jhally’s brilliant Dreamworlds series, it’s easy to reproduce the problem. Perhaps Jhally is successful at reducing potential pleasure that can be drawn from the images, but in a culture where celebrity has such extensive exchange value, attention might not be as discriminant. 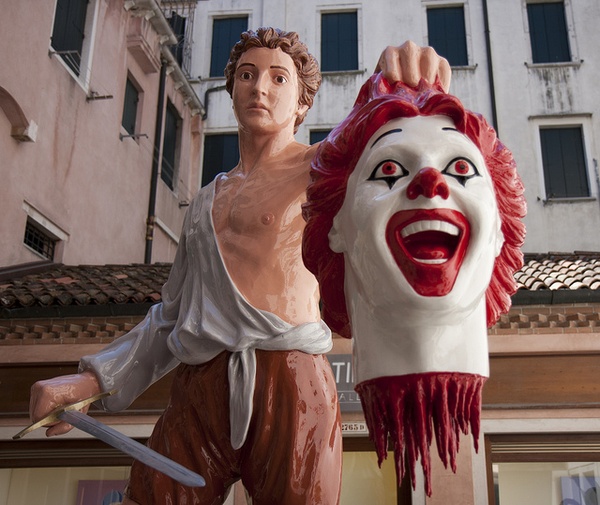 Cellini as public art: what does the visage turn us into as we gaze upon it?

This becomes an even more complex challenge as the desires for a more media literate culture mean moving across a landscape of cultures of feeling. How do we understand the experience of others who have a different structure of pleasure and guilt? If our priority is focused on teaching and learning across the boundaries, an important start is questioning our own judgments about the experiences of other ecologies before gaining a more local understanding of how these structures work.