Senseg makes the case for their touchscreens.
“How is one to believe that touch cannot be virtualized?”
Jacques Derrida1

“When you’re thinking about computers, touch is dramatically missing. And it’s so profound. It’s the first sense in your life, and it’s probably the last one. From a tactile standpoint, a touchscreen is literally dead.”
Christophe Ramstein, Chief Technology Officer, Immersion Corporation 2

The current proliferation of mobile computing technologies would be unthinkable without the touchscreen interface. Tablets, smartphones, e-readers, dashboard automobile entertainment systems—all depend on the finger’s ability to dexterously manipulate onscreen representations. But the imperative to manipulate the images using our digits brings with it a corresponding desire to reach through the screen and feel the thing being represented. The act of holding the screen, the process of manipulating, caressing, rubbing and pinching the image it presents leaves the fingers hungry for lost tactile sensations. This memory of sensations lost, a memory that haunts the fingertips, signifies what C. Nadia Seremetakis describes as “the numbing and erasure of sensory realities.”3 Sensorial experience, when subjected to the pressures of changing perceptual technologies, fragments and breaks down, before being coated in dust and eventually forgotten.

Rather than merely serving to index lost sensations, I want to understand the touchscreen’s flat glass, and the benumbed finger that comes into contact with it, as a potentially generative space. The touchscreen, approached from this perspective, becomes capable of marking “moments of socio-cultural transformation”4 by exploding possibilities of distanced contact and virtualized touch. While it might be tempting to indulge this nostalgic lament over lost tactile sensations, an interface designer like Ramstein seizes the finger as a dormant channel that might, under the right conditions, be flooded with new information. 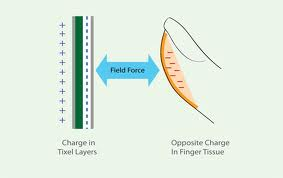 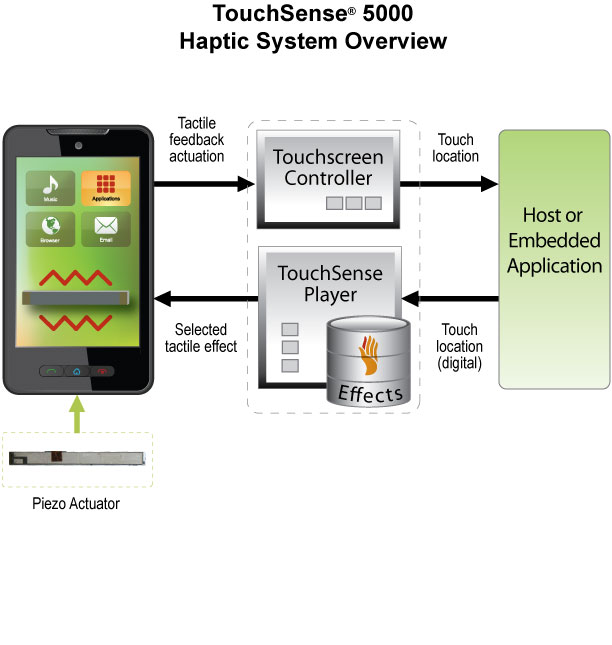 “our computer user experience has been dominated by sight and sound, but what about touch? […] What if you could experience the texture of an orange, the wetness of water, the presence of a nearby friend? In the future, haptic technology will allow us to connect more naturally to our apps and devices, and give us a closer, more emotional connection to each other.” 5

As students of media, however, we are (rightly) trained to be suspicious of technofetishistic and deterministic narratives. Instead of grounding our analysis in what tactile touch screens promise to do later, we should rather try to understand them for what they are being asked to do, to understand the desires embodied in the various attempts to give touchscreens a dynamic tactility. The following questions then come into view: what economic imperatives are steering and configuring this project of making tactile? What sensations does the screen allow into the tactile field, and which ones does it shield the user from? What sensations are desirable, and which are to be marginalized? What sorts of new intersubjective contacts are opened up? When the screen can touch us, whose touch is it acting as a surrogate for? (Or, “who penetrates whom”6 through tactile prosthesis?)

Tactile touchscreens also signal a renewed fascination with tactile knowledge—an attentiveness to the sensory environment audiovisual media threaten to liquidate. Tactile touchscreens serve as an ‘anti-environment’: by attempting to reconstruct lost tactile sensations, they call attention to the existence of an de-naturalized environment, now understood as constructed. Further, reconstructing these sensations through the haptic interface requires intensifying the nineteenth century project of transforming the various tactile processes into objects of technoscientific knowledge; or as Immersion Corporation nakedly declares: “Haptics is Quite Literally The Science of Touch.”7

Derrida identified—and pushed back against—the spontaneous “tendency to believe that touching resists virtualization.”8 In heeding his advice, we ought to discard our naive assumptions about touch’s fundamental irreducibility to technics, while preparing to confront the consequences of “the archiving of data that are increasingly differentiated and overdetermined in their coding.”9