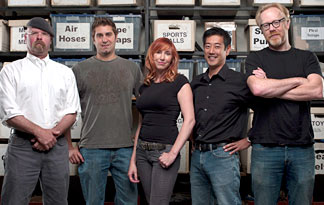 Several issues ago in Flow, Ann Johnson provided an excellent analysis of the hypothesis-testing structures of Mythbusters (2003-).1 I have seen nearly every episode of the program and agree. An episode starts with a “myth” (actually usually two which are presented through cross-cutting), a discussion of some of the science that might be involved, a building of an apparatus or set of procedures to test the myth, and then its confirmation–or not. While the production team certainly is counting on “a faith in a public appetite for reason” as Johnson phrases it, this is not quite the Watch Mr. Wizard (1951-65) of my childhood. Three characteristics beyond rational reasoning enhance the entertainment value: the use of the formulas of the detective genre, the narrator’s commentary, and, most of all, excess. 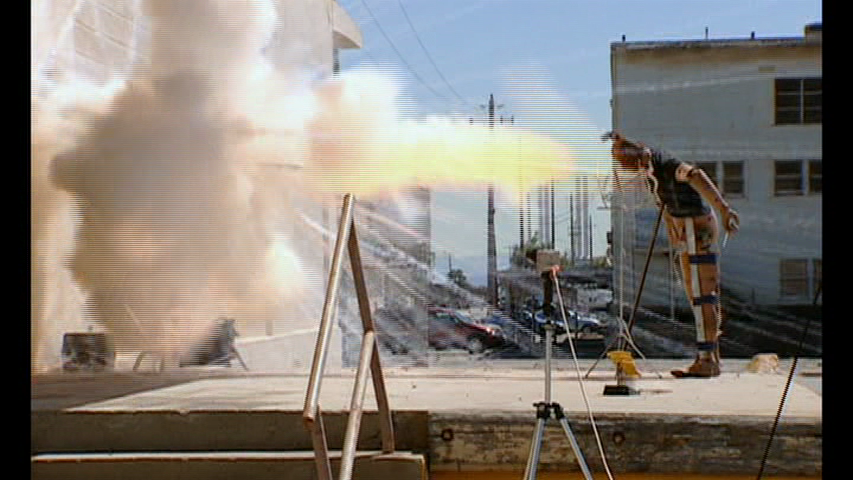 Those bringing the myth are often viewers who send in suggestions; however, even President Obama asked Jamie and Adam to re-investigate the Ancient Death Ray myth which had been busted in an earlier episode.2 Just as clients or Inspector Lestrade or an important person from the royal family may initiate a case with Sherlock Holmes, most of the jobs come in from the outside. Drawing on their areas of expertise (both Jamie and Adam have been movie stunt men), the team considers the known facts and works out methods to solve the puzzle.

At times the team members can be put into danger, creating the pleasurable affect of suspense. In “Sinking Titanic” (air date 22 February 2004), Adam needs to sit on a boat to determine if he will be sucked down when it sinks, and Jamie is in murky San Francisco waters trying to attach cables to the boat to bring it back up for further tests. Our empathy is, as in the detective genre, with the investigators, and with the exception of a few minor scraps, everyone has been okay. For viewers, the detective-genre pleasures also involve using our own intelligence and knowledge of science to speculate in advance about the results, either being confirmed in our evolving hypotheses or surprised. One scholar of detective fiction states that the genre’s narrative trajectory involves “a battle of wits between the curious reader, who endeavors to beat the author . . . to the solution, and the author who does his utmost to mystify, misdirect, and baffle him.”3 Here, everyone–team and viewers–wonders about the outcome and is rewarded at the same moment.

If an episode ended with “busted,” “plausible,” or “confirmed,” the program would probably be successful. However, I do not think that is what draws spectators to watch. It is not rational hypothesis-testing and puzzle-solving but the excess that happens after that. As Jamie remarks in “Salsa Escape” (air date 23 February 2005), “This has got nothing to do with the myth. It’s just a big boom.” Anyone who scans the episode descriptions will notice how many times explosions are featured. As the narrator remarks in another episode, “if it’s worth doing, it’s worth overdoing.”4 Most narrative arcs–at least in terms of spectacle–end “too soon.” The team justifies this “going-on” by changing the question from whether the myth is true to what it would take to replicate the results the myth implied. 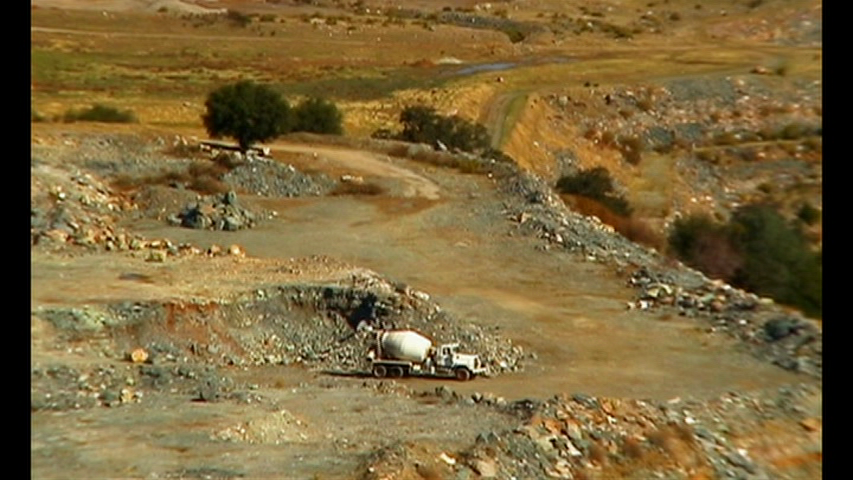 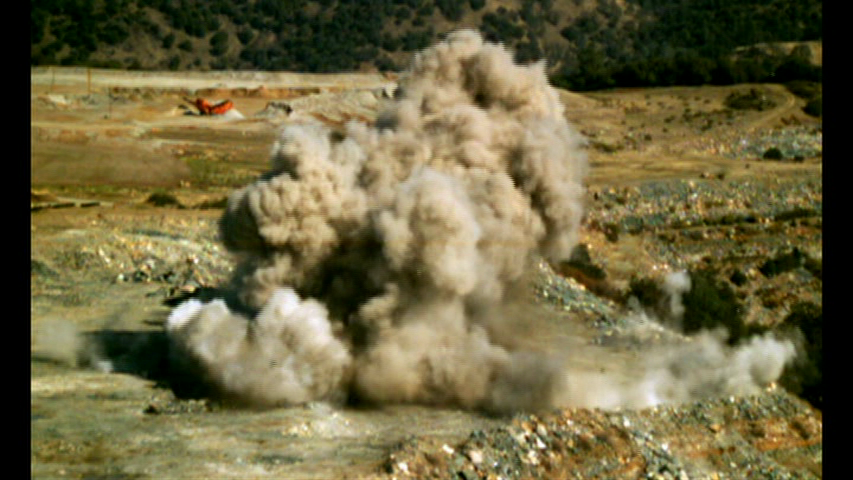 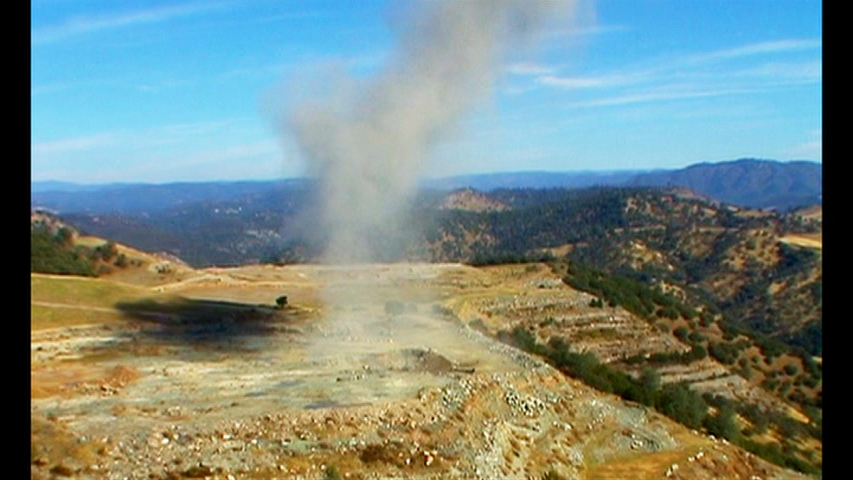 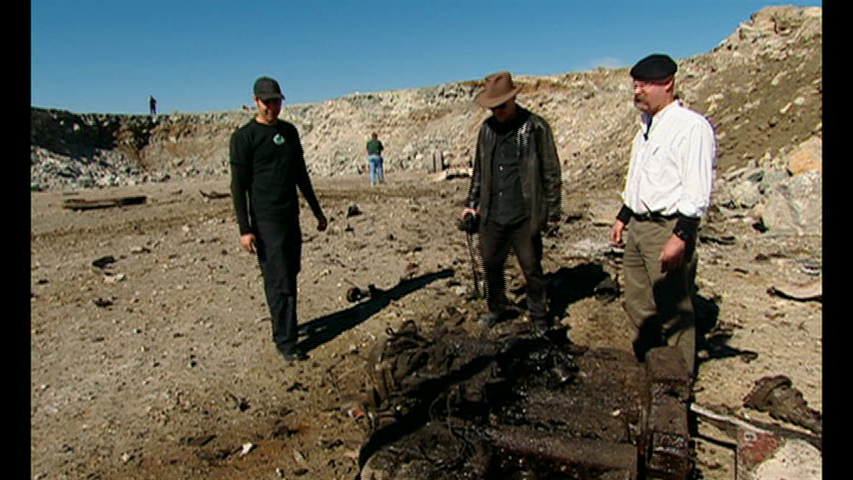 Mythbusters is a program that has “a premise based on reason,” and the average viewer learns lots of science along the way. I, for one, now know that I can escape bullets by diving into water.5 I do watch it for the science, and, as Johnson notes, it may lessen “unnecessary fears.” However, other pleasures that make the program entertaining are likely the draws for most audiences: a certain gaming competition about predicting the outcome, the growing appearance of intimacy with the investigators,6 and the spectacles of excess. All of these extras do not come without caveats, of course, but stretching the mind in some ways is a very good outcome on the whole. As Johnson, asks, “can rational thought be entertaining?” Mark that one confirmed.