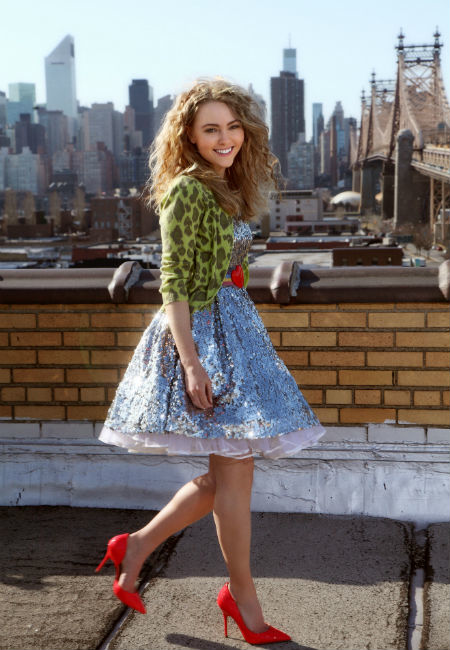 This winter, the CW will premiere The Carrie Diaries, a new hour-long teen drama based on Candace Bushnell’s Sex and the City prequel of the same name. The show is the CW’s fourth reboot or remake of a classic series in the network’s seven-year history. Of course, all networks hope to capitalize on viewer nostalgia with remakes of classic television properties. What is unique about the CW’s strategy is that the network uses remakes of shows like Beverly Hills, 90210 and Nikita in order to draw in viewers nostalgic for the female-centric television of their youth. This strategy makes sense. Much of the WB’s success was built on its strong and dimensional female characters. Despite this history, the CW has not evolved into the WB 2.0. Why? Why does the CW have one foot rooted so firmly in the recent past?

All of the CW’s reboots originally debuted in the 1990s, when television executives (and other media producers) believed that they knew what female viewers wanted. In this postfeminist moment, a commercialized version of “girl power” was the driving force behind many programs targeting a female audience. As Yvonne Tasker and Diane Negra explain in their introduction to Interrogating Postfeminism, this postfeminist moment of the 1990s worked “in part to incorporate, assume, or naturalize aspects of feminism; critically, it also [worked] to commodify feminism via the figure of woman as empowered consumer.”1 Television networks, eager to cultivate this “empowered” female consumer, featured more programming with female characters that fit the postfeminist mold. Shows like Ally McBeal and Sex and the City (as well as musical acts like the Spice Girls) became huge hits while articulating a postfeminist philosophy. The WB successfully targeted young women (especially teenagers) with programs like Buffy, the Vampire Slayer, Charmed, Gilmore Girls, and Felicity.2 In the 1990s and the early 2000s, commercialized “girl power” provided networks like the WB with a clear blueprint for success. In the late 2000s, however, the allure of “girl power” as a marketing strategy had faded and no clear narrative for what women “wanted” replaced it. This is the moment of the WB-UPN merger.

In the fall of 2007, there was no dominant circulating popular discourse about what kinds of television young, white, middle class women wanted to watch. The CW had modest success with Gossip Girl, a prime-time teen drama that chronicled the lives of extremely wealthy Manhattan teenagers. Gossip Girl defined the “CW show,” which was significantly different than a “WB show.” In her work on teen media, Valerie Wee explains that a “WB show” was one that featured morally idealistic teenage characters dealing with coming-of-age experiences “with an appealing blend of intelligence, sensitivity, and knowing sarcasm.”3 The CW’s teenaged and young adult characters are less idealistic and lack the inherent sweetness that informed the WB’s iconic characters. Instead, shows like 90210 and Gossip Girl feature wealthy, sometimes spoiled characters that frequently manipulate and betray each other. A “CW show” is also explicitly sexy and always features a highly attractive cast. In short, a “CW show” is a teen drama/soap without a sweet center.

The success of Gossip Girl inspired CW executives to make a splash with a reboot of Beverly Hills, 90210 as a “CW show.” The CW’s reboot aimed to draw viewers nostalgic for the original 90210 to the network through the inclusion of the original’s cast members. The show, which follows Annie and Dixon Wilson (this version’s Brenda and Brandon Walsh) after they relocate from Kansas to Beverly Hills, initially divided the narrative between the parent-aged characters and the teenaged characters. This storytelling strategy invited older female viewers without alienating the teen and young adult audience that the CW relied upon. The premiere’s ratings were huge for the small network, but steadily dropped throughout the show’s first season. After the first season, the show’s producers decided to focus on the teenaged characters, and the adult characters were phased out. CW executives were impressed enough by its success to order a reboot of Melrose Place for the following year. The poorly received revival followed a new group of twenty-somethings living in the Melrose Place apartment complex. The remake of a spin-off remains one of the network’s most embarrassing flops. 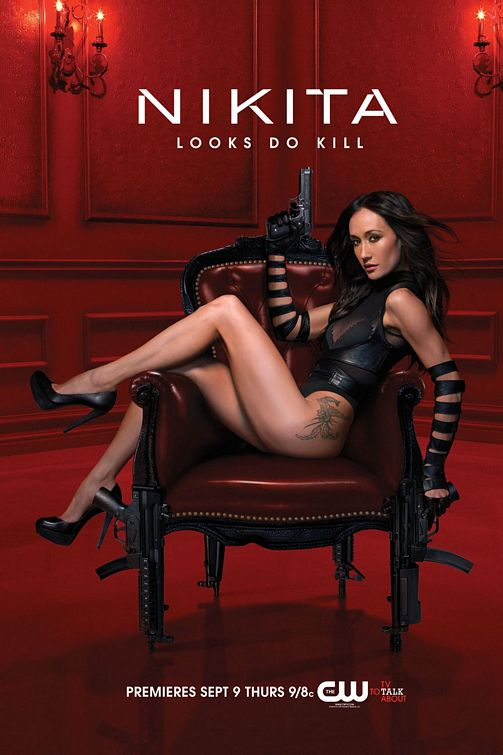 Undeterred by the failure of Melrose Place, the CW introduced another remake in the fall of 2010. Nikita, the network’s then-buzzy reboot of cult drama La Femme Nikita, based on the film of the same name, features a gorgeous, government-trained rogue assassin as its central character. The new version plays up Nikita’s sex appeal more than ever, as exemplified by the show’s first promotional ads, which featured Nikita (played by Maggie Q, who performs her own stunts) toting heavy weaponry while in a high slit dress or, in one ad, without pants. Like its predecessors, one of Nikita’s central motifs is the juxtaposition of Nikita’s feminine beauty with her lethal power. Although low rated, the show survived and the CW had its first female action hero. Unfortunately, Nikita has been nowhere near as influential as Buffy, the Vampire Slayer was for the WB.

In the fall of 2011, the CW got back into the Buffy business with its acquisition of Ringer, a rejected CBS pilot starring Sarah Michelle Gellar as identical twin sisters. Publications like Variety and Entertainment Weekly celebrated Gellar’s return to television and noted that the return of “Buffy” to the CW could generate increased interest in the network. Many joked that Gellar and her costars (all older than 25) were the “senior citizens” of the network. While not a reboot or a remake, the return of Sarah Michelle Gellar, a postfeminist icon, represented another move by CW executives informed by nostalgia. Sarah Michelle Gellar was the face of the WB for five years, so CW executives took a chance on her show even though it was completely off-brand for the network. Unfortunately, the CW’s gamble on this decidedly grown-up show did not pay off. 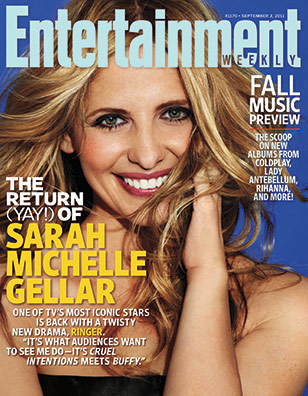 The Carrie Diaries, the network’s fourth attempt to revive an old franchise, hopes to tap into the hugely successful (and highly lucrative) Sex and the City phenomenon. The show, which will premiere after CW flagship Gossip Girl ends its run, will take place in the 1980s and follow a young Carrie Bradshaw as she navigates high school life in Connecticut and an internship in Manhattan. Like Buffy, the women of Sex and the City are also postfeminist icons. At the time that Sex premiered, there were few shows that featured female characters so prominently. It remains to be seen whether or not The Carrie Diaries addresses the anxieties of young women in 2012 (or in the 1980s, for that matter). Given the (lack of) politics of the networks’ other hits, it seems unlikely that The Carrie Diaries will become the cultural phenomenon that Sex and the City was.

The CW’s reliance on 1990s reboots/remakes/spin-offs reveals its ambivalence about the state of television for young women today. While the WB both contributed to and was guided by the “girl power” craze, the CW has no similar guiding principle. The network, instead of experimenting with original programming featuring female characters, adheres to a conservative, risk-averse slate of teen soap programming. The network is nostalgic for a time when they “understood” young female viewers and could give them what they thought they wanted. The CW moment is decidedly different from the WB moment. Other networks, especially ABC Family, have encroached upon the former network’s turf. Perhaps The Carrie Diaries will improve the networks’ ratings fortunes, but it seems unlikely. The CW has spent the last five years focusing all of its efforts on the young female audience. Shows like Gossip Girl and The Vampire Diaries have generated buzz, but did not produce a female heroine for our times. The CW does not have its Buffy or Rory Gilmore. Until it does, it may never be taken seriously in critical or popular discourse.