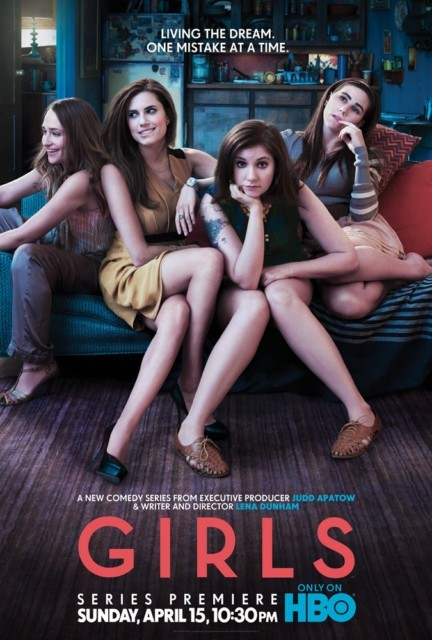 In April the HBO series Girls debuted to some fanfare, some criticism, and more than a little ambivalence. The new “must see tv” didnʼt seem “must see” to me until I read Lena Dunhamʼs response to questions regarding the lack of racial diversity in her showʼs cast.

“I really wrote the show from a gut-level place, and each character was a piece of me or based on someone close to me. And only later did I realize that it was four white girls…I did write something that was super-specific to my experience, and I always want to avoid rendering an experience I can’t speak to accurately.”1

And boom! Just like that it was Black Girl Liberation day! “Girls” as titled has a universal ring to it but Dunham swings wide the door on discussions of universalized particularisms. In TV land there is a big, white, elephant in the room and the nastiest thing about the animal is that some can see it, some cannot, and everyone agrees to not discuss it. Dunhamʼs explanation of why her show lacks diversity effectively renders visible the beast. Girls is not a show about girls. Girls is a show about white girls and talking about it as a show about white girls makes a girl like me very happy. Richard Dyer guides us in asserting:

“… there is something at stake in looking at, or continuing to ignore, white racial imagery. As long as race is something applied to non-white peoples, as long as white people are not racially seen and named, they/we function as a human norm… There is no more powerful position than that of being ‘just’ human. The claim to power is the claim to speak for the commonality of humanity…”2 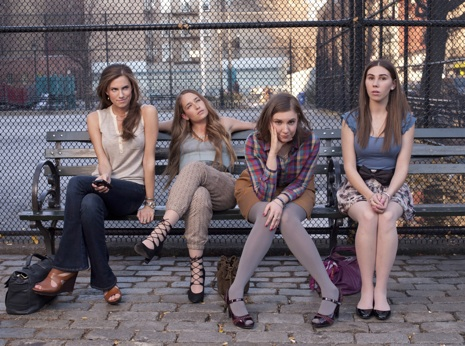 Thus, we title a show “Friends” and engage with it as though it were an experience universally understood even when the cast is all white. “Sex and the City” makes a lot of assumptions about who is having sex and what the city looks like. Title alone is not rich enough soil to grow universal assumptions; it is when paired with an all white cast that the elephant fades from view. Oh. Itʼs just a “regular” show. Itʼs not a “black” show or a “Latino” show, itʼs just regular. These assertions intimate there are existing cultural identifiers on screen which mark a show as “black” or “Latino,” or “Asian,” etc., but no such identifiers exist for whiteness. This is patently untrue. Dunham, whether with or without intention, has named herself and the cast of her show white, effectively allowing it to become, in our minds, strange.3 She admits the experiential display is particular, not universal, and that she is not “every-woman.” She is a young, white woman, and it is within that context that we may or perhaps must assess the show. The posture, the problems, the values, the politics, the angst… all steeped in whiteness.

Dunham breaks from the tradition of televisual ex-nomination4 which, for so long, worked to legitimate the dominance of whiteness by failing to name and acknowledge its particular, cultural characteristics. Concomitantly this failure to name and acknowledge whiteness hyper-dramatizes critiques asserted by people of color. Whatʼs the problem? If you donʼt like the show, donʼt watch it. A common response to critique. While the response seems reasonable there is an existing subtext which has nothing to do with watching and more to do with writing or speaking. If you donʼt like the show, donʼt say anything. Stay silent. Do not objectify. Do not study. This response reminds me of writings by bell hooks on whiteness in the black imagination and the shared understanding that the objectification of whiteness by black people was prohibited. Nevertheless, itʼs a new day and whiteness has been placed on display in a way that could allow a great leap forward in our study of televisual, cultural artifacts. 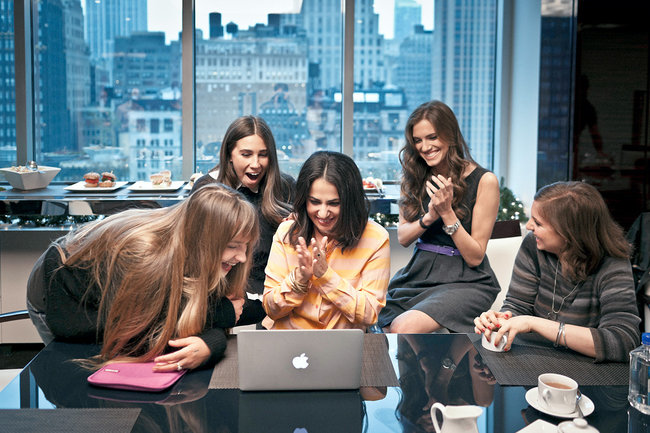 “Whatever the reason, the inability or unwillingness of many White people to think of themselves in racial terms has decidedly negative consequences… it produces huge blind spots. It leaves them baffled by the amount of energy many Blacks pour into questions of racial identity. It makes it difficult for them to understand why many (but by no means all) Blacks have a sense of group consciousness that influences the choices they make as individuals. It blinds Whites to the fact that their lives are shaped by race just as much as are the lives of people of color.”5

Now, with new eyes we can look at Friends, Frasier, Seinfeld, The Bachelor and so many more. We can assess the frailty, character faults, moral derailments, and pathological behavior as not characteristic of every person but more specific to white people. Is every white person like the characters on Friends? Of course not. But suddenly, those characters become representatives of their race (not the human one, whiteness), a burden that, until recently, fell only upon people of color on screen. Dunhamʼs declaration has made her my ally and I honestly hope she continues to write from her experience. I donʼt think she should write in a token black character. No thanks, Lena. I appreciate her refusal to render “an experience [she] canʼt speak to accurately.” Her logic is inspired. As long as we continue to misrecognize televisual representations as “real,” itʼs best that those representations be rendered as genuinely as the writer can muster (weʼll leave an “out” for fantasy and science fiction). Lena Dunham has made me free. It is now okay for me to admit that her experience does not resonate with me not because of the color of her skin but because of the content of her character. I am now free to turn away from Girls and declare “this show is too white for me.”