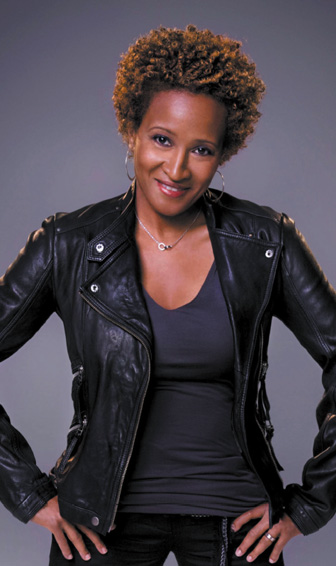 Since the late 1990s, lesbian celebrities have garnered an astounding amount of power, respect, and loyalty from fans, cultural critics, and the popular press. National civil rights organizations like the Human Rights Campaign (HRC) and the Gay and Lesbian Alliance Against Defamation (GLAAD) feature lesbian celebrities during fundraisers and in promotional materials. Publications, like the lesbian lifestyle magazine Curve, annually rank public figures, assessing their cultural significance based on wealth, political clout, and pop-culture resonance. Journalist Elizabeth Picard writes: “nothing has helped more to bring the issue of gay and lesbian rights forward than famous celebrities having come out of the closet.”1 Comments like this one tend to confirm the narrative that by being out and famous, lesbian celebrities are granted legitimacy as political activists. Significantly, this narrative also assumes that by coming out, celebrities unequivocally want to be political voices in support of lesbian and gay rights.

The production of lesbian celebrity, however, tells a different tale; the ways that celebrities construct their public personas suggest that lesbian activism is characterized by celebrity ambivalence, rather than by an easy association with minority politics. Comedian Wanda Sykes offers a useful case study for examining the contemporary relationship between coming out and political activism; since coming out as lesbian in 2008, Sykes seems reluctantly to have turned her life – as both a gay and black woman – into a prime example of representational politics.

Known for her abrasive wit, Wanda Sykes was an under-the-radar success on the comedy scene for years. She got her break in 1997 opening for comedian Chris Rock in New York, where she then was hired as a writer for The Chris Rock Show (1997-2000), a late-night HBO comedy talk show. She has appeared in a variety of film and TV titles, and is especially well-known for her role as Barb on CBS’s The New Adventures of Old Christine (2006-2010) and for her recurring role on HBO’s Curb Your Enthusiasm. Sykes’ humor has always had a decidedly liberal twist, but it wasn’t until she came out in 2008 that lesbian and gay rights became a staple of her comedy routines and public appearances. Along with other lesbian celebrities such as Jane Lynch and Suze Orman, Sykes has talked about California’s Proposition 8 as the impetus for coming out.2 At a Las Vegas rally protesting the passage of Prop 8, Sykes gave an impassioned speech, which she ended by publicly proclaiming for the first time: “I am proud to be a woman. I’m proud to be a black woman, and I’m proud to be gay.” Yet, after the rally, dozens of media outlets quoted Sykes saying that she “had no ‘intention’ of publicly ‘coming out’ and ‘shocked’ herself by speaking openly about her sexuality.”3 Framed as an unplanned event, a moment of accidental activism, Sykes’ coming out suggests that becoming a celebrity activist often occurs precisely because it seems to be the “right” thing to do. Indeed, since coming out, fans, critics, and celebrities have claimed that Sykes has changed for the better. On the October 23, 2009 episode of The Oprah Winfrey Show, Winfrey told Sykes that since coming out she is “prettier and funnier…I think that’s what freedom does.” Sykes agreed with Winfrey, and repeated these familiar tropes of coming out in a series of interviews she gave after the passage of Prop 8. In an interview with TV Guide Magazine, for example, Lisa Bernhard asks Sykes, “How has your career changed since you announced you married a woman?” Sykes replies, “If anything, it has helped my career, because creatively I don’t have anything to dance around or be not so forthcoming with…It’s totally been liberating.”4

Sykes comes out at Las Vegas rally protesting the passage of Prop 8 (November 15, 2008)

For Sykes, though, coming out as lesbian also revealed the ways she negotiates her own multiple voices, being black, lesbian, and female.5 In her 2009 HBO stand-up special, I’ma Be Me, she says that after the passage of Prop 8 she “had to come out…I had to say something ‘cause I was so hurt and so fuckin’ pissed, I had to say something.” She goes on to describe the landmark election night that was, for many citizens, a triumph and a failure; Obama had been elected the first black President and, as Sykes says, lesbians and gays in California were back to being “second class citizens.” Sykes says, “I was up here and now I’m back down here.” Dropping to her knees, she says, “Actually I’m lower, I dropped lower, you know ‘cause as a black woman at least I could do whatever, marry whoever, but as a gay, black woman, uhuh, even lower.” Her comments underscore the ways that the coinciding of these two events revealed triumph on the racial front concurrent with the powerful renunciation of lesbian and gay rights.

Since coming out, marriage rights, in particular, have become central to Sykes’ comedy; in performances across the country, Sykes tells audiences, “I’m for gay marriage…but I don’t like that I have to say that because, to me, it shouldn’t even be debated, it shouldn’t even be in the court system. Government shouldn’t be involved in this.” In Sykes’ comedy, these serious political critiques come with biting satire that critics describe as “no-bullshit,”6 “tart,” and “irreverent.”7 As audiences applaud Sykes’ stance on marriage rights, she adds a punch-line: “It’s very simple: if you don’t believe in same-sex marriage then don’t marry somebody of the same sex.” As a satirist, Sykes encourages viewers to play with politics, pointing out the absurdity of arguments against marriage equality: “We’ve got to protect marriage, that’s what they say…Same-sex couples, I don’t think that’s the biggest threat to marriage. I think the biggest threat to marriage is divorce…What they should do is ban divorce, right? Make marriage like the mafia; once you’re in, you’re in…The murder rate will go up, but you know.” On one hand, Sykes appears to embrace and embody the politics of authenticity as a lesbian celebrity and vocal proponent of marriage rights. On the other hand, her approach to the topic of marriage signals a reluctant willingness to be a voice for the cause; after all, she opens the set by saying that she doesn’t like to have to say that she supports marriage equality because she doesn’t think it’s a decision that belongs to the government. Sykes’ comedy, then, is in the service of making an argument she feels compelled to make rather than one she is passionate about.

Sykes makes the case for marriage rights for lesbians and gays

Both passion and humor do come through in Sykes’ interviews, where narratives of domesticity have come to define her public persona. Sykes and her wife, Alex (who is white and from France), married in California in 2008 during the brief five-month window when the right was legally recognized in the state, and they had twins a year later. Interviews tend to focus on Sykes as a spouse and mother, allowing her to discuss marriage rights within the homonormative terms of state-sanctioned marriage, child-rearing, and domestic life. Prop 8, and marriage rights in general, easily translate to these normative ideals; throughout Prop 8’s history, its challengers – those who support marriage rights for lesbians and gays – have framed their arguments through the lens of normalcy and sameness, establishing a generic appeal to the notion of equal protection under the law. On an October 29, 2009 appearance on The View to promote Sykes’ short-lived FOX talk show, Joy Behar welcomes her to the stage by saying that “The Wanda Sykes Show puts another woman in late-night and that’s not the only good news she’s gotten lately: she’s a newlywed and a new mom of twins.” This introduction frames the questions to follow: Sherri Shepherd, for instance, asks about married life one year after their wedding, while Elisabeth Hasselbeck asks about her children, and whether they have put a strain on the marriage. Almost two years later, in an appearance on The Ellen Degeneres Show, Sykes discusses the lessons she’s learned from parenting her twins. Sykes tells Degeneres that the children are in the throes of the “terrible-twos” saying “no, no, no” all the time: “I want to discipline them but we agreed that we are not going to spank the kids…so I have to get a little creative.” Filled with witty sarcasm, Sykes tells of giving her son “chip clips” to play with when he’s misbehaving, ensuring that he pinches himself with the less-than-child-friendly gadget for keeping an open bag of chips fresh. Through marriage equality’s associations with homonormative values of marriage, family, and domesticity, Sykes produces a tempered form of political activism, rooted more in her identity as an accidental activist than in a call to political arms.

Talking marriage and children on The View (October 29, 2009)

Sykes talks about the problems of parenthood on The Ellen Degeneres Show (March 3, 2011)

Although Sykes’ comedy and her participation in fundraisers, speaking events, and Public Service Announcements draw on a long history of Hollywood activism, they also reflect how Sykes navigates the role of celebrity activist. For her, it seems that Prop 8 offered a means of structuring her public identity, wherein she could embrace the personal-as-political as a black lesbian celebrity. Yet, this embrace was timid, driven by conflicting ideals: the desire to embody an “authentic” and “complete” person and a simultaneous hesitancy to become a celebrity in the service of political action. Sykes’ story suggests that we ought to challenge the prevailing logic that coming out inevitably produces willing celebrity activists. As I’ve tried to show, in each of Sykes’ appearances, interviews, and comedy routines, there is a discernable dance of ambivalence. Maybe it is this ambivalence that characterizes lesbian celebrity activism today.