1978 had less in common with ’68 than ’28 and ’38: the old motto ‘give the people what they want’…Ten years ago filmmakers were making films about things that they ought to – [things] they thought ought to be explored, with thoughts that they wanted to explore, and lessons they wanted to teach…One of the things that bothers me is this mass, kind of “lemming syndrome” of the movie-going public; they feel they have to see a movie if everyone else is seeing it …Some of the films we liked best last year were the serious one that did have some ideas. So let’s go on to the box office favorites of the public and some of our own favorites of 1978.

The above statement was made by Roger Ebert to Gene Siskel in a 1979 episode of Sneak Previews (PBS, 1975-82) rebroadcast in 2011 as a “classics from the vault” on Ebert Presents: At the Movies (PBS, 2011- ). The immediate question is what relevance any discussion of the best and worst films from 1978 has for the film consumer in 2011 beyond a middle-aged nostalgia factor or what sounds intriguing enough to add to the Netflix list. What Siskel and Ebert remind us–then and now–is that the seemingly unlimited yearly supply of wretched movies was, is, and always will be the fault of the audience and not the filmmakers, the industry, and especially not the critic.


In comparing 1978’s “blockbusters” Grease, Animal House, Jaws II, and Heaven Can Wait with their favorite films of the year which had modest or little box-office success (An Unmarried Woman, Straight Time, Days of Heaven, Autumn Sonata), Siskel and Ebert did not engage in Hollywood bashing. Ebert pointed out that he “loved Grease” and that Animal House made his “Best Ten” of 1978, while Siskel roundly dismissed the idea that movie critics hate any and all popular films. Rather, Ebert recounted receiving a letter of complaint from someone who saw Autumn Sonata after he and Siskel recommended the film and found it incomprehensible, while Siskel confidently estimated “one out of maybe fifty viewers” saw Straight Time. Here a faux populism is constructed wherein the critic can enjoy movies as much as the common audience member yet maintain his privileged status above said audience member, who is largely incapable of appreciating the more challenging and “serious” films. 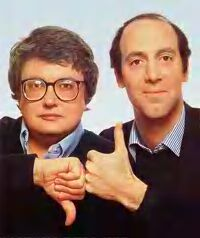 This distinction becomes crucial in constructing a representation of “the audience” by Siskel and Ebert. As Ebert contended, the problem was filmmakers and studios being forced to “give the public what they want,” which amounted to formulaic, trivial films that “everyone else is seeing.” In turn, Siskel’s solution was that audiences needed to “take some chances” as film consumers. Hence, Ebert reviled Jaws II as “pure trash,” and Siskel similarly lambasted it as “a cheap imitation of the original” with a key qualifier: “I guess people loved to see the shark eat more people.” One might also say that the public simply eats up popular films like Grease, Animal House, or Jaws II, whether good or bad, while a film like Autumn Sonata is not as easily digested. My contention, to stretch this metaphor even further, is that the true shark may not be the movie-going public with its insatiable appetite for any and all films but the culture industry with its ravenous consumption of the public. In this scenario, the critic more or less serves as the toothbrush after the feeding frenzy. 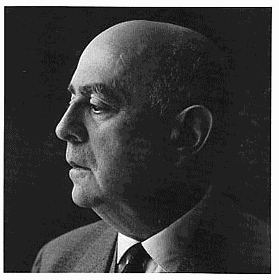 Theodor W. Adorno described consumers of mass culture as somewhere between pathetic victims and resigned collaborators in their relationship to the culture industry: “They force their eyes shut and voice approval, in a kind of self-loathing, for what is meted out to them, knowing fully the purpose for which it is manufactured. Without admitting it they sense their lives would be intolerable as soon as they no longer clung to satisfactions which are none at all.”1 However, Adorno formulated this unenviable situation around standardized cultural production which instills standardized cultural consumption:

The categorical imperative of the culture industry no longer has anything in common with freedom. It proclaims: you shall conform, without instruction as to what; conform to what exists anyway, and that which everyone thinks anyway as a reflex to power and omnipotence. The power of the culture industry’s ideology is such that conformity has replaced consciousness.2

Siskel and Ebert’s comments in 1979 can be recycled thirty-plus years later to perpetuate a vulgar yet increasingly popular version of Adorno’s culture industry argument that reconfigures the blame around demand rather than supply. An apt comparison can be found in Deborah Cook’s The Culture Industry Revisited: Theodor W. Adorno on Mass Culture, in which Cook paraphrases Adorno’s fellow Frankfurt School adherent Herbert Marcuse who she says “once quipped [that] freedom in capitalism is the freedom to choose a hundred different brands of toilet paper.”3 This is not at all contending that Hollywood films–or TV and popular music, for that matter–amount to uniform toilet paper for the mind. The crucial issue is the extent to which popular culture functions as affirmative culture and whether it has the potential to offer points of opposition and resistance (something I would contend, contrary to Adorno, is quite possible). Arguments merely focused on the qualitative differences of mass culture products and the aesthetic superiority of Grease and Animal House over Jaws II could be tantamount to debating the merits between Charmin, Cottonelle, and Scott. Cultural production is also a cultural commodity; cultural products that are “works of art” achieve that status through critical discourse. 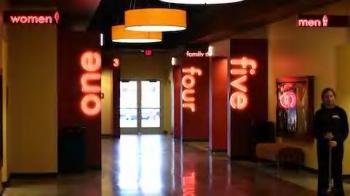 In the end, Siskel and Ebert express the none-too-veiled “snobbery” that Adorno is frequently accused of manifesting. While Adorno detested mass culture for its immense social costs, Siskel and Ebert stipulate which films are worth the price of admission; in doing so, their position is as thoroughly ideological as Adorno’s with far different stakes. Adorno’s oft-criticized “elitist” position actually aligns him with the masses and against the culture industry. Consumer choice in the mass culture market is a sham assortment of equally no-win choices, and the “lessons” are ideological indoctrination. Siskel and Ebert’s “populist” brand of film criticism belittles the public and lets the culture industry off the hook. According to them, serious films (art) by enlightened filmmakers (artists) provide important “lessons” to enrich audiences’ lives, while more enlightened critics (themselves) determine which films best accomplish this lofty task in a presupposed “free market” of culture.4 For the audience, it is simply a matter of correct consumer choice: selecting among the cultural industry’s products with the best educational and entertainment value for the money as deemed by the critic.


While Ebert castigated the public’s “lemming syndrome,” Adorno stated, “If the masses have been unjustly reviled from above as masses, the culture industry is not among the least responsible for making them into masses and then despising them, while obstructing the emancipation for which human beings are as ripe as the productive forces of the epoch permit.”5 For those of us engaged in the enterprise of “cultural criticism,” my concern is for the moment we can take Adorno’s assessment and, as Siskel and Ebert would seemingly have it, substitute “the critic” for “the culture industry.”