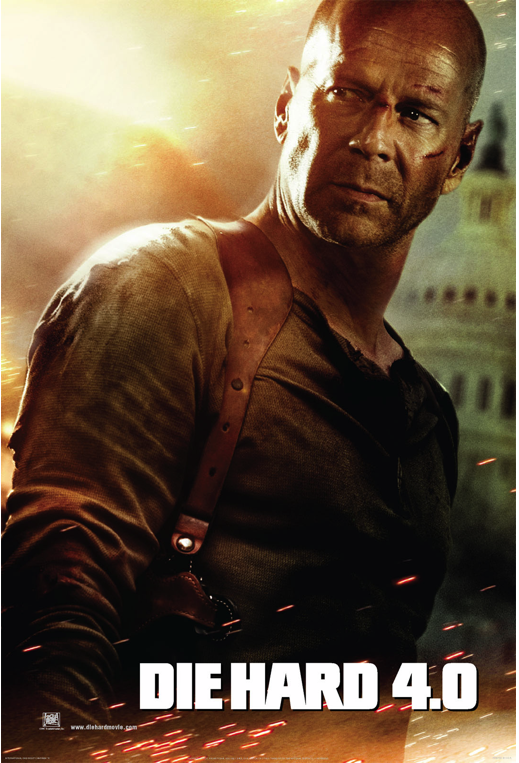 Extant literature from within the field of film and gender studies examines the representation of the male action hero, paying particular attention to the spectacular body and the herculean physical performances of characters such as John McClane/Bruce Willis, Martin Riggs/Mel Gibson and Indiana Jones/Harrison Ford. And yet, at a time when these stars are returning to the action roles that made them famous, in some cases, several decades later, scholars continue to ignore and overlook the fundamental notion of age in their discussions of the hard bodied, hegemonic hero. After all, hegemonic masculinity has associations with physical prowess, sexual virility, social dominance and aggression, which are potentially at odds with the image of the ageing male. With this in mind it is interesting to consider the depiction of the ageing action hero in the popular and long running Die Hard series (1988, 1990, 1995, 2007, 2013) and consider the ways in which mature masculinity is either conforming to or challenging the hegemonic ideal.

I have suggested elsewhere that the hegemonic ideal is both impossible to create and implausible to maintain for the contemporary male, and as such, this figure of powerful masculinity ‘may only ever be embodied by mythical figures, legendary heroes and a very small number of men in society’. Therefore, it is interesting to examine the ways in which the most masculine of Hollywood genres presents the male hero in relation to the hegemonic ideal. The male driven action film is understood to be the most visually explosive and macho of Hollywood genres due to the spectacular sight of the hard male body. Indeed, extant research from within the field of feminist film theory makes it clear that it is the body of the hero that sets the tone for the action narrative. We are told that action heroes are ‘constructed almost exclusively through their physicality, and the display of the body forms a key part of the visual excess that is offered in the muscular action cinema.’1 It has even been suggested that ‘American action movies work hard, and often at the expense of narrative development, to contrive situations for the display of the hero’s body.’2 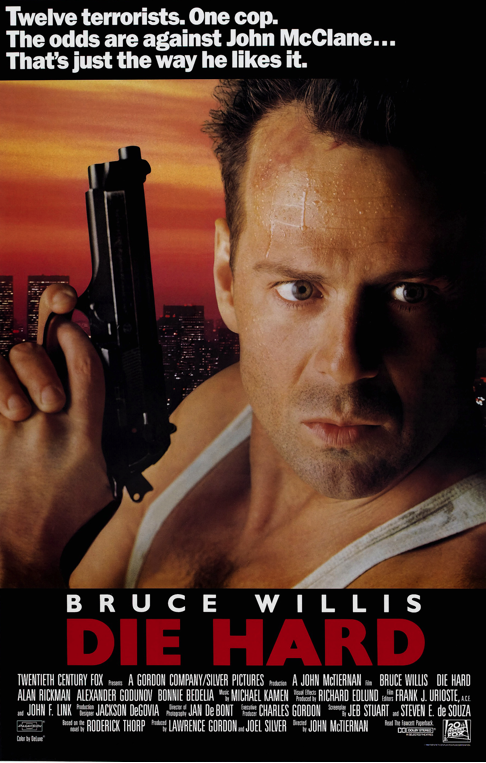 Extant literature on both the action hero and the hegemonic male routinely refers to issues such as class, race, sexuality, nationality and the body. However, little research to date focuses on the notion of age and ageing as a sign of difference to be studied in relation to the hegemonic male, on or beyond the big screen. One might suggest that a lack of research on the ageing action hero is unsurprising given the predominance of the thirty-something hard body to the genre in question, a genre that focuses on the physical prowess of the male body for the viewing pleasures of a youthful male audience. 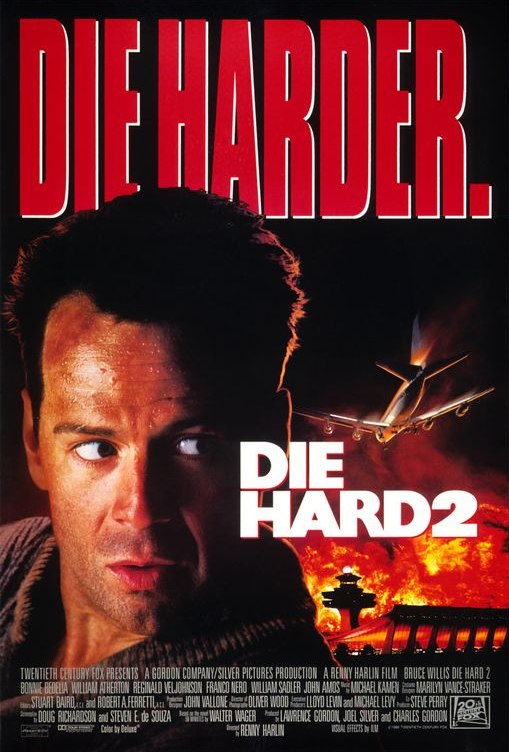 Putting a fifty-something actor and character in the role of the pre-supposedly young adult action hero will of course lead to some negative commentary and ageist criticisms, and a wide range of news, magazine and review media were fast to challenge the appeal of the ageing action hero in the Die Hard franchise. Reviewers quipped that the latest installment of the series should read ‘Die Hard: with a bus pass’ or ‘Die Hard with a Hernia’. Commentators talked about John McClane ‘squeezing back into his sweaty vest and wheezing out a few more catchphrases’ and announcing that Willis is ‘so old that Die Hard 5 will have to feature a plot that largely revolves around a Werther’s Original theft in a haemorrhoid cushion factory’. That said, commentary on the ageing action hero was overwhelmingly positive, and the small number of negative reviews as seen here were more mocking than hostile to the presentation of the mature maverick cop.

Indeed, both popular and professional review literature seemed to form a consensus in their praise of the ageing action hero in the most recent Die Hard film. We are told that ‘age catches up to Bruce Willis’ everyman hero, and it makes him all the more appealing’ and that although ‘Bruce may be aging fast […] he still looks the part and plays John McClane so convincingly you reckon he could go on for ever’. In this same way it was said that even as a fifty-something balding male ‘Willis still reeks of hero; still ranks as someone who gives bruises as good as he takes ‘em; still rocks when he’s in the wrong place at the wrong time’. In this way, it has been suggested that ‘the aging body can work as an asset, just another challenge that our battered hero has to overcome’ rather than an unreliable or failing image of problematic or powerless masculinity. 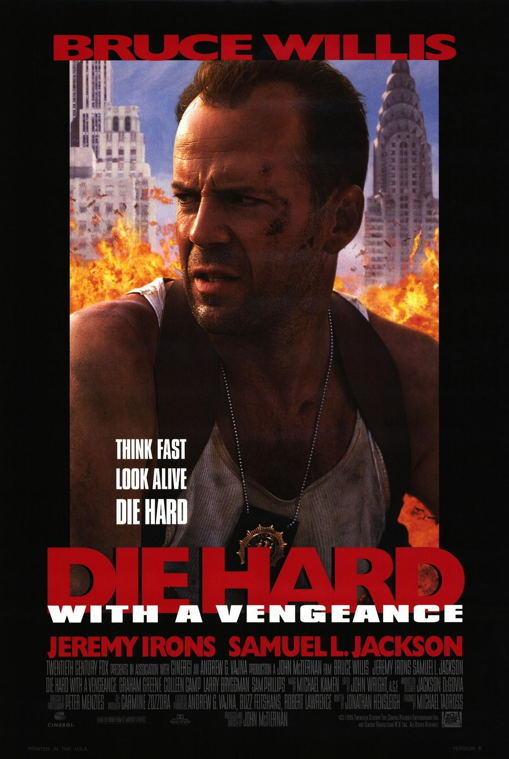 Die Hard with a Vengeance

Indeed, some reviewers made the point that the franchise is based on the physical assaults on the male hard body irrespective of the film in question or the age of the actor at that time, and as such, it is the physical toughness of the body rather than its age that is of importance here. Therefore, although John McClane has aged during the life span of the Die Hard franchise, the character has always been middle-aged rather than youthful in the series. Bruce Willis was 35 when he made the original film, and thus already beyond a youthful image of masculinity. The point here then is that McClane always was and continues to remain a tough guy with a hard body that can withstand routine pain, repeated punishments and habitual brutality, and as such the ageing hero is not only accepted, but applauded, by audiences and critics alike. The fact that Bruce Willis is currently talking about making another Die Hard film before retiring from the franchise goes further to quash any suggestions about the deteriorating action body or the loss of hegemonic power for the heroic male.

At a time when the ageing body can be said to ‘represent a narcissistic affront to, even an attack on, the adult ego,’3 the ageing action hero remains potent and powerful rather than weak, unreliable or failing, which perhaps represents a less than realistic, and thus less than helpful, version of the ageing body.