The Imaginary SXSWi: If SXSWi is a Dream, Then How Do We Wake Up From It?
Jonathan Hickman and Jennifer Jones / Birmingham City University and University of the West of Scotland

March 13, 2012 Jonathan Hickman and Jennifer Jones - Birmingham City University and University of the West of Scotland One comment 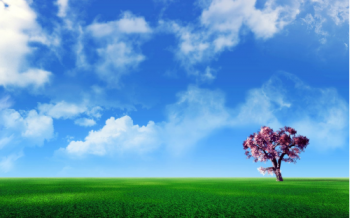 Is SXSWi a Dream World?

South by Southwest Interactive (SxSWi) is a dream. A trade fair in a desert, a pilgrimage, a Mecca, where stories are created and products are launched. It is a sign, a referent, a display. For those who attend, it is cultural capital, it is membership of a club – the ‘have-beens’ and the ‘have-nots’; for those who speak it is a chance to lay claims and shape the thinking of a whole scene. The stakes are high, they couldn’t be higher. We clamour for access, to listen, to speak.

Let’s get something out of the way up front: we’ve never been to South By, or even to Austin – in fact Jon has successfully dodged going to SxSWi not once, but three times now – and yet we do have a relationship to the event. As virtual spectators we experience SxSW as a mega event, mediated through controlled channels and the social graph. We also experience SxSW as consumers, through its influence on emerging technology and new media texts.

In his work on technological imaginaries, Patrice Flichy sees technology as a construction built through its reception as much as its specification; media discussion, and the role of tastemakers and gatekeepers, structure the meanings of technology for consumers. A mega event like SxSWi is part of the process of imagining technology. In this contemporary instance of imagination, journalists and consumers begin to impose meaning on products simultaneously and congruently, and then journalists canonise and formalise what we have imagined together. 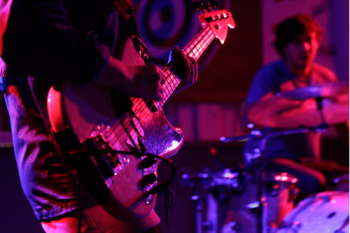 SxSWi has the potential to shape governmental policy and local tech scenes. Policy makers, keen to do a Florida thing, have imagined a post-industrial technology led future for European cities and economies. To keep pace with change, the theory seems to go, we need a seat at the table; in the UK there is now a tradition of supporting businesses to attend SxSWi. The given reason is to showcase our technology, and to build export relationships, but these attendances also create a new imagined space, one of production rather than consumption: this immersion informs the business plans and aspirations of digital media workers who return to their local scene full of ideas.

But where is the value in supporting a trade mission from Birmingham, UK to Austin, TX? Does this activity ever move beyond intense digital flâneurie for the lucky few who get to go? Given that those who are left behind have access to so much of the content through the event’s mediation, it is hard to justify the activity as one of communal fact-finding. Can explicit knowledge be created and gathered through this activity and can it ever be properly transferred? Or is SxSWi a place to absorb culture, which offers mainly implicit knowledge, making proxy attendance difficult to realise?

The role of witness to the event, and proxy representative, seems to form much of the basis for accepting public funds to attend SxSWi. As public money has become harder to find those who would go to SxSW have fused the idea of proxy attendance with the approach of crowdfunding, going so far as to create a service menu that links proxy activity to a sponsor’s contribution. In one case, a UK attendee to SxSW resolved to stage an elaborate performance of attendance through private sponsorship which bore all the marks of a travel challenge genre piece worthy of Dave Gorman or Tony Hawks.

The Process of Recruitment Seals the Commitment to the Cause

To understand the elaborate nature or motivations for such forms of SxSWi fund raising, we need to explore what makes a mega event such as south-by sustainable – not only in terms of a business model that covers the overheads and produces profit, but also the renewing commitment to the pilgrimage – a drive which is so strong that non-attendance requires explanation. It does not begin when the delegate picks up their identification pass in Texas, which then becomes a badge of perceived honour, but instead when they decide to throw their business card into the pot at a pre-event mixer. 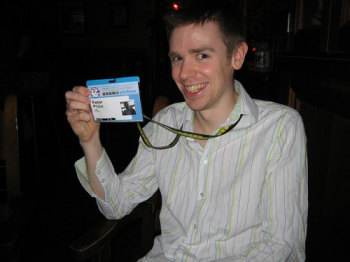 The UK SxSWi class of 2012 will not emerge during the festival, it has already become apparent in the declaration of interest, when a tweet is made stating commitment, or when rationale is formulated through a series of complex but detailed blog posts. It will not happen in a vacuum, the motivation to be there almost exclusively relies on access to information, but more importantly, access to people. Some may have the event’s personal benefits early on, returning time and again with the promise to promote a product or to see it as a fact finding mission for projects back home. Some will even go as far to say that them visiting SxSWi is in the public good and that they should be supported by local authorities and public funding bodies to aid the dissemination of ‘best practice’.

Nevertheless, the UK collective of SxSWi graduates stick closely together, managing newcomers through the process of elaborate ‘mixers’ and networking events, sharing top tips for getting the best out of the festival and consistently emphasising how important it is for them, as an individual, it is to attend. 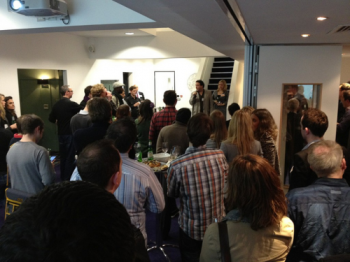 Dissemination for the Public Good?

SxSWi prides itself on being the centre of technology innovation, a trades fair that can offer insight into the latest trends in the social web, for instance, and does so through the demonstration of such devices. Twitter, foursquare and live-streaming applications such as Qik and Bambuser have all been said to have taken off from the Austin launchpad. The successful products quickly travel beyond the city limits of Austin, across countries and oceans, across the 5,000 miles to the hands of us here who never left home. Expert talks and panels are streamed online for free, and much of the event is captured first hand by delegates through ubiquitous wifi, geolocation tools and mobile devices – it’s as if none of this were real. The value of attendance must then be the gathering of implicit, rather than explicit knowledge; the value of attendance must be personal, and not collective; the value of attendance is a performance, an enactment, and a display. Yet still the narrative of collective experience and knowledge sharing dominates the rhetoric of support for this activity.

Given that the value of being there is not transferable and is hard to reify, we must be able to ask questions about how long this can go on without the informed space to debate the purpose and value, commercial and cultural, of attendance.

It is not to say that SxSWi is something that should be out of bounds in terms of funding calls and policy influence, nothing is, however, with consistent and specific emphasis of the value of SxSWi being repeated year on year, often by the same community of practice, often only disseminating to themselves, when does that come under scrutiny as being a source of ‘public good?” Should attendance at SxSWi face the same scrutiny as the impact studies of publicly funded academic research, or similarly, has their been any evaluation documents created to show that businesses have benefited from having a representative promote their services by proxy?

If we are to truly wake up from the dream that is SxSWi then all it takes is to ask the question “What if SxSWi disappeared?”. Some, not all, would have to find another way to go about their business unquestioned and unchallenged.