I wonder if anyone else in media studies is bothered by this. The following comments are provoked by what seems to me to be an increasingly institutionalised split within the field of media studies: a division between the analysis of ‘old’ media and ‘new’ media. While this division is becoming increasingly embedded, and notwithstanding earlier arguments suggesting the need for a Media Studies 2.01 to make it an even more formal division, I think it is important to acknowledge that this is a split that doesn’t help us see the histories and the continuities that enable us to understand both the development of media technologies and their uses. In practice, it has to be said, what is offered up as the difference between the old and the new is often relatively arbitrary; even when the same content is consumed over a variety of platforms only some of them are thought to be ‘new’. So, to give an exaggerated but illustrative example, it would not be surprising to find that when the same television content is viewed via broadcast, cable or satellite it is regarded as old media, but when it is downloaded online it is new media.

My particular concern here is with how this bifurcation of our understanding of contemporary media has found its way into teaching programs in the universities. It is not uncommon now to see degree programs dealing only with digital or new media, without much interest in the continuities which link media platforms and histories nor, at times, in the underlying industrial structures upon which the production of their content is based. Although there is plenty of talk about media convergence, the fact is that there are now quite substantial differences in the ways that new media and old media are typically taught. Historically, television studies has been strongly focused on understanding its texts and genres, its industrial or policy structures, and television’s local or national functions as a media institution. New media studies have been less interested in content and more interested in the technological capacities and affordances available; and from these, there is an interest in mapping the possible shifts in the power relations between those producing and those consuming media, particularly those resulting in the customization of consumption and the production of user-generated content. In general, it would be fair to say what while television studies has been largely focused on content and its uses, new media studies is about technology and its uses.

Both of these approaches have their place, of course, but the separation of the field into programs of television studies, on the one hand, and new media studies, on the other hand, obscures how close they are to each other in practice—industrially, textually, and culturally. While media studies needs to be able to talk in an informed way about both ends of the spectrum, it also needs to be able to provide an account of the spectrum as a whole.

So, how should a contemporary media studies curriculum accommodate these differences? At present, that question doesn’t appear to be asked very often. Instead, small sub-fields are emerging which talk about the importance of understanding media convergence while, nonetheless, focusing most of their attention on highlighting what is distinctive about just one element of the media landscape. The excitement generated by the surge of innovation and change within new media has encouraged the development of topics which reinforce this tendency. Repeatedly, we see the commission of one of the fundamental mistakes in media history, which is to imply, or indeed to argue explicitly, that the new technology will inevitably displace the old (hence the coining of phrases like ‘heritage media’ or‘legacy media’). The hunt for the new, with its attendant penchant for futurism – of predicting how each new media capacity is going to ‘change everything’ that we do with media —has become a bit of an academic sport in the field of media studies as well as in the media itself: trend-spotters compete with each other to come up with newsworthy predictions of media futures. The danger in this, for the teaching of media studies generally, is that it commits the error of implicitly privileging the emerging technologies while underplaying the importance of the contexts into which they are being introduced, and the behaviours of those who use them. 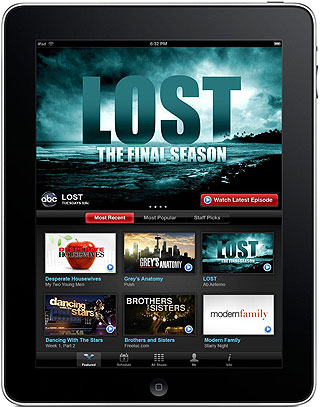 These contexts, and their attendant cultures of use, are complicated, and mostly they involve a combination of both old and new media. Convergence has been a useful concept but in some applications it has worked as a label which enables us to overlook these complications; but they need to be unpacked and examined more closely. Let us think, for instance, about one example where emerging consumption practices have been influenced by very different affordances that come from both old and new media – the practice of binge viewing, of watching multiple episodes of the one program either via boxed sets of DVDs on television or computer screens, or through downloads. What makes this practice possible and attractive includes not only access to broadband and (increasingly) wireless, and with it the capacity to download whole episodes of network television via online providers, but also (for instance) the development of high definition digital TV, the availability of large flat-screen television sets and the increasing occurrence of the home theatre or ‘media room’ as a feature of the suburban home. The industrial base for these new zones of consumption, and the content they consume, however, is an industry aimed primarily at producing content for network television. Episodes of Homeland may be downloaded and viewed independently of a live viewing schedule, so they are seen on computers and portable DVD players as well as in the ‘media room’, but they were produced and financed through the television industry. If we focus only on the shift to the downloading of such programs, without noting the parallel increase in the consumption of TV content on DVD for instance, we could conclude that the television set has been displaced as a platform of distribution. And this might encourage us to argue that television is on its last legs – even though it is the television production industry which makes the downloaded material possible in the first place. It is an argument that has often been made, of course2, even though we know that in many countries, including the US, people are now spending more time watching TV than ever before.

As new programs in digital media, new media, or multimedia proliferate, and as television continues to find itself tarred with the brush of heritage media, it is time there was a more concerted effort to integrate these two aspects of our media curriculum so that we are able to talk about them in ways that understand them both accurately, as important elements within a multifaceted and interconnected ecology of media systems, rather than a linear series of mutually exclusive evolutionary developments. A media studies curriculum which took a longer view of media history, while resisting the temptation to continually predict our media future, might help to deliver that understanding.