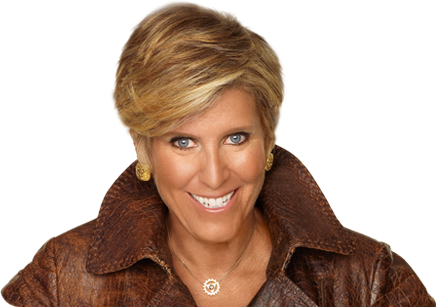 While those “occupying” Wall Street have a range of goals, they appear united in their anger at the power of banks and multinational corporations over government. In this climate of corporate greed and lack of government intervention, one woman has tirelessly fought for the financial security of American citizens: Suze Orman, “the rock star of personal finance.”1


Orman explains why the 2009 Credit Card Act is “too little, too late”

Since she began appearing as a guest on programs on CNN and CNBC in 1998, Suze Orman has commanded the TV landscape as the premier, no-nonsense financial advisor for the “everyperson.” Orman hosts The Suze Orman Show, a financial advice program, which has aired weekly on CNBC since 2002. In early 2011, Oprah Winfrey announced that Orman will host a show on Winfrey’s new TV network OWN. Premiering later this year, Money Class – which capitalizes on the current economic crisis – will feature Orman as she helps people set personal goals to make responsible financial decisions. Orman is known for her bleach-blond short hair, high-collared and brightly colored jackets, over-the-top gestures, and tough-love dress downs. These qualities have made her a magnetic television personality and given Saturday Night Live ideal material for their acclaimed celebrity parodies. Since 2008, comedienne Kristen Wiig has impeccably – and hilariously – mimicked Orman’s exaggerated gestures, speech, and aesthetic.

Orman makes for a particularly interesting case study at this time because she seamlessly blends politics, financial advocacy, and celebrity branding. The press frames Orman as a do-gooder, serving the public by protecting citizens from money mismanagement: she has been heralded as “one of the country’s most powerful brokers,” “the people’s financial planner,” and a woman who “puts the personal before finance.”2 Each episode of The Suze Orman Show concludes with her reminder to viewers: “People First. Then Money. Then Things,” promoting the image of an authentic, ordinary, and practical advisor who genuinely cares about the financial stability and success of Americans. The financial crisis that began in September of 2008 has further solidified Orman’s public image. According to The New York Times, “With the change in the economic climate, Orman’s role in the culture has shifted from pop finance guru to something more like a trusted national adviser.”3 Her image, though, extends beyond the advice she dispenses and the products she promotes; it becomes a brand itself. Establishing herself as the ubiquitous financial advisor to the public, she has merged her image with federal agencies like the F.D.I.C. (Federal Deposit Insurance Corporation), major financial programs like FICO (the program that calculates credit scores), as well as with global financial institutions such as TD Ameritrade. Orman’s picture and name feature prominently on all her partnership ads, books, websites, and financial documents, transforming a variety of resources and institutions into a collection of Suze Orman brand extensions. The companies and products associated with Orman’s name make her a “superbrand”;4 she is a lifestyle brand, fusing corporate sponsorships, financial culture, and capitalist entrepreneurship.

The Suze Orman brand promotes self-empowerment through financial independence and high self-esteem. She tends to promote a “one-size-fits-all” neoliberal philosophy; it doesn’t matter how little or how much money you have, where you come from, or what you look like, her advice is applicable to all. The show’s online promotional information says that The Suze Orman Show sets out to help “people make the connection between self worth and net worth.”5 The goal, according to the show’s website, is to provide viewers with “Orman’s insight on how to protect themselves financially, resulting in personal empowerment that’s exemplified in their bank accounts.”6 Orman promotes a form of anti-consumerism based on denying citizens the kind of excess that has come to define American consumer culture. A product of that very culture, however, she produces a contradictory persona: a naturally skilled saleswoman who sells herself along with freedom from consumerism and materialism. That is, Orman has made herself rich by telling people to resist the temptations of America’s money culture.

Five years after The Suze Orman Show debuted, Orman came out as lesbian. The admission created little fanfare; Orman rarely comes up in discussions about lesbian celebrities. Yet Orman, more than other TV personalities, calls attention to the ways that specific financial rights and benefits are tied to the institution of marriage in the U.S. Although she only cracks open the door, Orman regularly talks about the relationship between money and marriage on her own talk show, in guest TV appearances, in her books, and in press interviews. At a time when marriage, particularly the right to marry for lesbians and gays, is a polarizing socio-political issue, she emphasizes the financial realities of marriage, removing it from the moral and religious contexts that usually dominate public debates. As a result, Orman provides her audiences with crucial facts that can serve as advocacy information for LGBT (lesbian, gay, bisexual, and transgender) civil rights.

On The Suze Orman Show, for example, she provides detailed information about taxes, social security, debt, and inheritance and mixes it with a dose of her own opinions about people’s choices, especially the “wrong” ones. On fewer occasions, she explicitly addresses the discrepancies between the rights granted to those who can legally marry on the federal level (heterosexuals) and those who cannot (lesbians and gays). This contrast is unusual on television; most mainstream TV discussions about marriage rights fall into one of two categories. The first focuses on how denying the right to marry to lesbians and gays is discriminatory, treating us as “second class citizens.” Other TV coverage tends to be a referendum on lesbian and gay “normality,” couching the discussion in “family-values” rhetoric that makes claims about the goodness of same-sex couples and families. These arguments do not make clear, however, the collection of 1,138 legal rights, responsibilities, and privileges that come with marriage on the federal level. TV is not the only space that omits these conversations; considering their impact on people’s lives, there is very little public awareness about them. Even many of my progressive, politically engaged friends are unaware of the actual plethora of benefits that come with marriage.

On February 14, 2009, Orman aired a segment called “Money and Marriage” where she makes what she calls her “Valentine’s wish” for her audience. During the segment, she talks about marriage as a privilege because of its relationship to money. She says, “You will save thousands and ten of thousands of dollars, all kinds of money, if you’re allowed to be married.” Using her customary tone filled with passion and hyperbole, she says, it is “a travesty that a few months ago in California Proposition 8 passed, Proposition 2 in Florida passed.” Indignantly, she asks, “What is that about everybody? We are taking away a birthright, if you ask me, for people to get the most out of the money that they have spent their lives working for.”

On one hand, Orman’s comments about marriage reinscribe marriage as the central issue for lesbian and gay Americans. In this way, she affirms that TV is usually limited to neoliberal ideologies that tend toward assimilationist narratives, showcasing tropes of the “American Dream.” On the other hand, based on Orman’s audience, 41% of whom earn between $30,000 and $60,000 per year and 29% of whom make less than $30,000 a year, her impassioned comments arguably expose a broad base of mostly white, working class citizens to a topic usually left out of mainstream discussions of marriage rights.7

Orman has been honored by LGBT civil rights organizations such as the HRC (Human Rights Campaign) and GLAAD (the Gay and Lesbian Alliance Against Defamation) and Time Magazine named her one of 2009’s most influential people. While “celebrity politicians” have been criticized by scholars who argue that the increased power of celebrities ultimately disengages the public from formal politics, I don’t think it’s simply a question of whether Orman performs a public service or whether she hinders the political process. Rather, within modern celebrity culture and the structures of the post-network television industry, she enables this issue to be aired to a wider audience. As a talk show host, Orman is in a unique position, embodying a trusted voice to her audiences; she has such a strong pull on viewers, some journalists have described her as a televangelist in her own right. Ultimately, Orman has created an environment in which a lesbian financial expert becomes a source of advice, information, and political advocacy to a largely white, heterosexual, and working-class audience.

Orman thus presents a resource for considering the role of openly lesbian TV celebrities in producing popular culture and politics. She creates a contradictory space, where dominant norms are reinforced but are also made more visible. Understanding the ways she is enmeshed in the cultures of celebrity branding, television production, and politics lets us see why some lesbian celebrities are more efficacious than others in capturing the social imagination of their audiences, the popular press, and LGBT civil rights organizations.