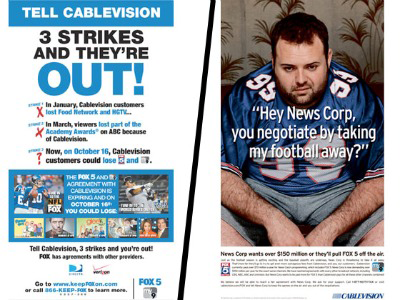 Retransmission consent dates from the 1992 Cable Television Consumer Protection and Competition Act. Following a decade where cable companies saw significant increases in subscribes, the FCC sought to rebalance what it saw as a situation where stations were essentially subsidizing cable operators by providing content for free.1 The existing cable regulations had “must carry provisions” that required cable companies to air local stations. This gave stations somewhat larger audiences but no other payment from the cable company. The new law allowed stations to retain the existing model or negotiate with the cable company for compensation by granting, “retransmission consent.”2 This started a period of intense negotiations between stations and cable operators. Because the act also limited cable company rate increases, in many cases, the negotiated payments tended to be “in kind” agreements of various sorts, including specified advertising buys or channel carriage on the cable systems. This allowed broadcast networks or large station groups to create their own cable channels, for example, Fox’s FX or Scripps’ HGTV but, in so doing, largely served the interests of broadcast networks or large station groups, rather than smaller operations. This established a period of relative peace between stations and affiliates for the next decade.3 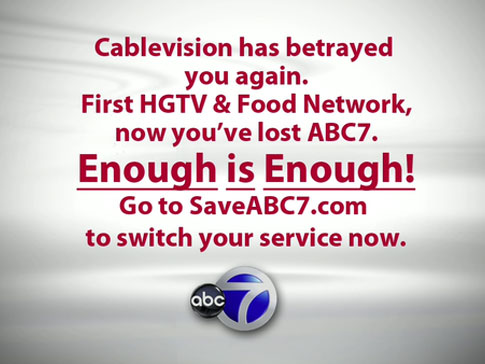 In the mid 2000s, both stations and networks changed their negotiation practices and ushered in a new era of conflict. As broadcast networks and station owners eyed the raising fees cable companies paid to carry cable networks, the compromise agreements began to fray. For example, major market cable operators pay over $4.00 per month per subscriber for ESPN and smaller amounts for other cable networks.4 In 2005, the Nexstar Television demanded higher retransmission consent rates from Cox Cable. When Cox refused, Nexstar pulled its stations from Cox for ten months, but ultimately it succeeded in becoming the first local station group to receive direct compensation for signal retransmission.5 Shortly thereafter, broadcast networks and some of the larger station groups began using their Owned and Operated stations to demand significant fees from cable operators.6 These fights, such as Fall 2010’s conflict between Fox and Cablevision brought retransmission into the open.7 As a result of these new tactics, the fees levied on cable and satellite operators by local stations have increased exponentially, from 500 million in 2008 to $1.14 billion in 2010 to and estimated $3.6 billion by 2017.8 However, as in the 1990s, this windfall has largely benefited the networks over smaller operations with them projected to receive over half of the total retransmission revenues via agreements concerning Owned and Operated Stations in 2012.9

In the last two years, broadcast networks have extended their retransmission demands and hardball tactics to their affiliates. As networks demand of cut of affiliates retransmission revenue, it alters their relationships with these stations from one of cooperation to one conflict and coercion. CBS and ABC decline to reveal how much of their affiliates’ retransmission revenue they believe they are entitled to, only specifying that it is “not 100 percent.” Still, both networks report significant increases in retransmission revenue.10 NBC, for its part, is proposing that it negotiate with cable and satellite networks on behalf of its affiliates and then divide any revenue equally.11 The network claims that this would garner greater revenue from stations than if they had to negotiate individually. Doing this would, as NBC’s Brian Lawlor claims, “completely changes the network-affiliate model” and is a “thoughtful and beneficial way of way of working together.”12 It is not clear that its affiliates would agree. Belo Group president Donna Shive describes network demands for a share of station retransmission revenue as “really a mechanism for having the affiliates share in the cost of programming.”13 Others, like Robert Prather, President of the Gray Television group ruefully contends that retransmission revenue is, “based on our work and no one else’s…I think we ought to keep 100 percent of it.”14

Fox has publically taken a hard-line position with its affiliates. While NBC was able to secure a blanket agreement by leveraging its own strong negotiating position and cross ownership, Fox did not. Seeking what has been estimated as much as $300 million dollars a year, it demanded that its affiliated stations pay it fees start started at 15 to 25 cents a month per subscriber and that increased over the next three years networks. This requires stations to use the same hardball strategy against cable operators that the network had used with when negotiating on behalf of its Owned and Operated stations.15 Many stations contend they cannot pay – although large market stations can generate up to $1 per subscriber, the affiliate average is only 26 cents.16 Fox affiliates were upset by this tactic, viewing it as a threat to their affiliation with one affiliate noting to a trade website, “It’s not like it used to be…It’s not a partnership between the network and the affiliates.”17 One further point of contention was that Fox had undercut the negotiating power of its affiliates by allowing cable operators to air Fox network programming even if individual stations were blacked out during a retransmission dispute.18 Moreover, Fox revoked the affiliation of two Nexstar-owned stations when they challenged the new contractual terms.19 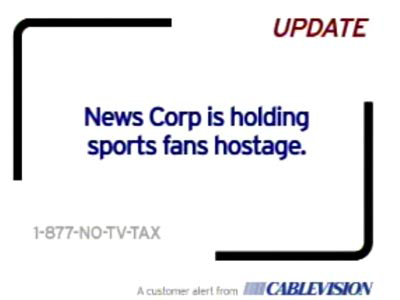 As various parties jockey for position, some historical perspective is worth noting. Disputes between broadcast networks and their affiliates over revenue are nothing new. Indeed, these fights evoke similar battles between radio networks and their affiliates in the 1930s. Then, networks wanted to control as much of the affiliates’ schedules as they could in order to maximize the number of network sponsored shows (as opposed to locally sponsored programs) as possible. They contended that it was the national programming that caused audiences to tune in and used “option time” clauses to guarantee carriage. In contrast, affiliates, which depended on local shows for the bulk of their revenue, shared a position with today’s television affiliates, who depend on local news for the lion’s share of their revenue. The use of affiliates to generate revenue meant that, in the 1938, for example, NBC and CBS and their stations accounted for over half of the total radio advertising. NBC and CBS paid stations they owned far more per station than they paid independent affiliates — nearly $5 million to its 23 Owned and Operated stations and $9.6 million to the other 327 affiliates.20 Likewise, networks retained effective control over station rates, effectively controlling their compensation.21 However, as I have addressed elsewhere, a few owners of larger stations and station groups, such as Powel Crosley, Jr. and John Shepard III, effectively challenged the networks and established viable, independent operations but most did not.22 The few restrictions placed on network/affiliate contracts, in part, led an activist FCC headed by James Fly to break up the two NBC networks, institute limits on the networks’ ability to control their affiliates’ schedules, and promote the licensing of more, smaller stations.23 These actions granted stations somewhat more autonomy but the situation did not fully resolve itself until recorded programming became a viable alternative programming source.

The issues are similar then as now: what is it that attracts audiences; how much is an affiliation worth; how powerful is an affiliate’s owner. Then, as now, affiliates claim that local news, community outreach, and promotional efforts attract audiences and networks claim that it is their programming.24 Then, as now, networks use Owned and Operated stations to establish patterns that then are applied to all affiliates. Then, as now, a few powerful affiliate owners are able to force a space between their own interests and those of the network that they affiliate with but smaller groups or independent owners are forced into line.
In the 1940s the issues were eased somewhat by an interventionist FCC that implemented stricter affiliate-network relations but the issue did not truly end until stations shifted to recorded programming and network radio program distribution collapsed in the 1950s. The FCC is revising its retransmission consent regulations, but this is a far different and enfeebled body than its 1940s incarnation.25 On January 1, 2012, over half of the existing retransmission consent contracts will expire and we can expect further conflicts as that deadline approaches. Indeed, as I write this, DirectTV is threatening to pull Fox Networks if they can’t come to an agreement by November 1.26 It remains to be seen if this kind of conflict will remain the new norm.