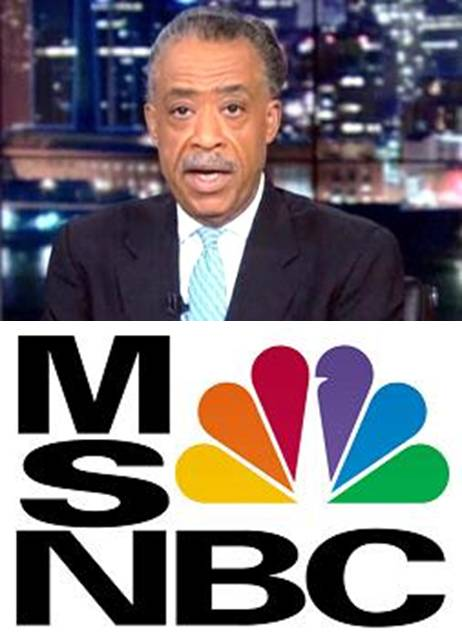 The “Rev Al” on MSNBC

The public spat between members of the National Association of Black Journalists (NABJ) and MSNBC for the cable network’s selection of the Rev. Al Sharpton to host a nightly cable talk show, prompts me to consider our cultural investment in media representation to express a greater measure of racial equality.1 My interest in the alliance between visibility and equality is also occasioned by the public criticism of President Barack Obama by radio and television host Tavis Smiley and Princeton Professor Cornel West.

In selecting Sharpton to anchor MSNBC clearly aims to challenge its main competitor, Fox News, and to cultivate brand visibility among liberal audiences, especially African Americans. Tapping Sharpton to host the evening program demonstrates what media scholar Jennifer Fuller describes as a marketing strategy (especially for scripted cable programming) where black themed content is mixed with edgy programming conventions and branded as quality television.2 According to Fuller, cable stalwarts like HBO have successfully used this strategy with series like The Wire and Treme. At the same time, for, a handful of black journalists and television critics by passing over trained, reputable, and professional national correspondents, anchors, and editors, MSNBC chose ratings and perhaps polemics over a commitment to professional journalism. That is, in hiring Sharpton MSNBC made a commitment to ratings over the credibility of news.

This controversy also plays in the shadow of journalism and a news business being transformed by new portals, platforms, social networks, interactivity, digitalization, and miniaturization. Social media and personal networking sites now serve as alternative sources of information and means of distributing that information. Black journalists too are feeling the effects of the erosion public trust, the pressure to grow audiences and increase market share, the decline of control over their work, and the blurring of entertainment and serious news.

So in what ways might hiring Al Sharpton to host his own nightly television program on MSNBC matter? Does hiring Sharpton increase the mix and number of voices in the public conversation? And most of all, does it contribute to expanding the audience and enriching the public discourse? Polls continue to show that most people still get their major news from traditional news sources and outlets like network television, especially on stories of national importance like war, health care, taxes and presidential elections. Hence, I suspect that Sharpton will go on “preaching to his particular choir” and MSNBC (like Fox) will continue serve as an echo chamber for its demographic. 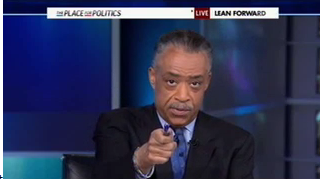 Al Sharpton “Preaching to His Choir”

In his In Search of the Black Fantastic, Richard Iton suggests that black counter publics once offered critiques and helped organize and give voice to radical black discontent.3 These critiques were crucial in the face of mainstream political blocks and interests such as those represented by the black middle class, black elected officials, and the Democratic Party. In his account of black counter publics in the civil rights movement, Houston A. Baker Jr. points to the crucial role of black radio and newspapers, and black religious and social organizations.4 I am not so sure that the presence of black voices—be they professional journalists, public intellectuals or activists on venues like MSNBC, NPR, or the NABJ represent counter publics of the sort detailed by Baker or Iton.

What to call them—Markets? Publics? Audiences? Moreover, where and how to locate these and other voices in the post network period of television and the neoliberal discourse of post racial colorblind public policy. Moreover the transformation in racial discourse and the global media environment as well as the centrality of difference in branding and marketing to consumers make so-called ethnic media both more important and less. More, in the sense that marketers and opinion makers (including intellectuals of color) have more precise means of reaching more precise slivers of their desired demographic, less, because in the hands of corporate owners these same demographics are branded and marketed as life-style choices rather communities.

Indeed, a generation ago activists, intellectuals, organizers, and culture workers engaged with their communities and audiences through mass organizing, newspapers, and broadcast television news. Activist organized and spoke on behalf of social movements and community organizations. Some even reached minor celebrity status on the basis of book sales, public appearances, and speaking tours. Small presses, independent publications, regional theater, music and cinema were a crucial part of the infrastructure that constituted spaces of representation and community. In the absence of Facebook, Twitter, blogs, and web pages communities and publics were cultivated though organizations, and to no small extent, media.

By contrast, given the availability and impact of new technologies, especially social media and the networking capacities they enable, we might rethink the squabble between a few NABJ members and MSNBC over access to the evening host/anchor chair as about continuing to insist that an acceptable representative has a voice and relevant groups are included in market share. We might ask if the continuing investment in representation can deliver what it promises especially in the new media environment? The dispute seems mired in older notions of identity politics and community, but with a twist—building brand identification and building audiences. So I want to use the dispute as an occasion to rethinking the scholarly and political investments in questions of difference and representation, building publics, and making community inherited from mid century racial and cultural politics, conceptions that are in need of upgrading. In other words, what might the televisual media-scape look like, what might be its potentialities in terms of building communities?

If by their sheer presence, a greater number of journalists of color in news rooms can effectively represent the complex views of communities of color, then we should assume that such representation will produce more diversity of views and perspectives. The dust up over Sharpton’s hiring suggests a continuing investment in the capacity of media representation and visibility to insure a measure of fairness and equality. It seems to me that this continuing investment in representation assumes something about the nature of citizenship, its exercise and its relationship to information and some idea of the common good. It assumes that the distinction between professional journalists and activist is important and it assumes a view or conception of cable television as a site for the expression of the relationship between information and citizenship. Cable television news programming is viewed as a crucial space in which professionals generate, parse, and present news that informed citizens and members of communities use to make informed decisions. Various interest, identities, and political positions are not to be negotiated in this space for that is the work of pundits, activists, and celebrities not professional journalists.

We might also regard cable news as one of a number of potential spaces for building affective ties between viewers, brands, and a specific take on the world. In this view, Sharpton’s recruitment and hiring by MSNBC might be understood less as an affront to professional journalism (and journalists) and rather more as a contested cultural site where pundits operate in the guise of impartial professionals and politics is less about considering and evaluating impartial information, than about affirming strongly felt ideologies and brand identity. 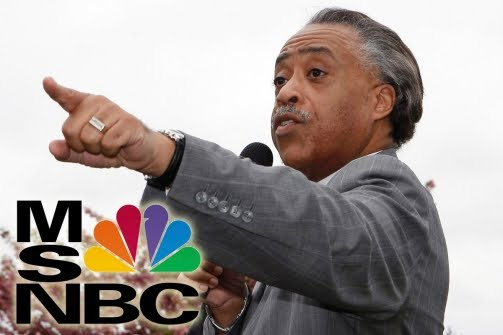 The Branding of MSNBC with the Hiring of Al Sharpton

As different as these takes on the question of representation and diversity may seem, I would suggest that they have in common some of the core commitments and directives outlined in the 1965 Kerner Commission Report written in response to the urban uprisings of the period and which argued that increased representation of communities and their views in the nation’s commercial media would, at the very, least insure greater sensitivity and understanding. As the election of the nation’s first African descendent president shows, despite four decades of the Kerner Commission as the dominant framework for realizing diversity in the media, on matters of representation and visibility, access and recognition are no longer simply about people of color, women, and gay and lesbian, and marginal communities being seen in the media. In today’s post racial, post affirmative action discourse of neoliberalism conservatives and liberals regard such claims on visibility and representation as an unnecessary zero sum game that gums up the work of the free market, individual choice, and reward for meritorious work.

The issue of how to read and position dominant corporate media seems important here, less in terms of older binary model of media and audience power but in terms of the contradictory spaces enabled by social media and technological advances in platforms, networks, and interactivity. In this respect, the dispute over MSNBC’s appointment of Sharpton, bears consideration, but not just in terms of professional and middle class claims on representation and authority or, on the other hand Sharpton’s claim for the interests of common folks of color as an anchor. Sharpton is in a position to build the network brand (as a liberal inclusive organization) building what in turn might actually prefigure access not to representation in the old sense, but access to potentialities for new alliances and identifications. In this sense the politics of media and representation are less about increased recognition and visibility in the old sense, than in figuring out how to mobilize and deploy those capacities and to what end in the new environment.

Image Credits:
1. The “Rev Al” on MSNBC
2. Al Sharpton Preaching To His Choir
3. The Branding of MSNBC