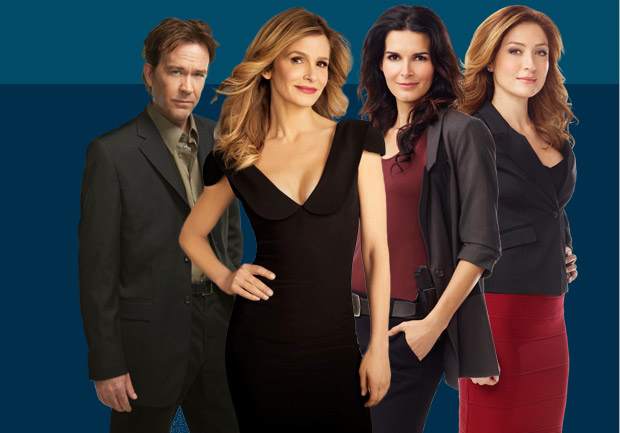 In “The Wall and the Books,” a short essay about tales of the building of the Great Wall of China and the concomitant banning of books, Jorge Luis Borges writes of the permanence and impermanence of history. At the end of the essay he makes what seems a sudden detour: “Music, states of happiness, mythology, faces belabored by time, certain twilights and certain places try to tell us something, or have said something we should not have missed, or are about to say something; this imminence of a revelation which does not occur is, perhaps, the aesthetic phenomenon.” I am quite convinced this passage speaks also to how we know and feel television. For it is a phenomenon and a thing which produces both a state of knowing and of being. Television itself – its very structure constituted by breaks, by a schedule that produces ellipses and interstices no matter what channel you are watching or even how you are watching – is always on the cusp of something. This structure moves us towards a continuous state of imminent revelation. Of course most television texts – no matter what genre – move us towards the revelation of some piece of knowledge: what will solve our sleeping problems, who killed the weekly victim, what team will win the game. But Borges is describing a different sort of imminence and a different sort of revelation. And, though more ineffable, this, too, is relevant to television, particularly if we begin to imagine the possible states of feeling it generates in us.

I want to begin to think through these states of feeling here. Other columnists have ended contributions with questions concerning television and affect (most recently, Sasha Torres, who imagined television as part of a depressive state, just published last month and, in 2007, David Lavery, who described experiences of crying in response to television narratives). I, too, sometimes cry in front of my TV, and often I watch with my own dog, though, thankfully, he tends to lie at my feet. Torres and Lavery offer significant states to explore. But I also want to try to articulate that sense of imminence that Borges describes by beginning to ask what it means to respond emotionally and viscerally before a seemingly mundane machine.

I’m not talking about the waffling of emotions that I imagine almost everyone feels while watching – the sense of comfort comingling with a sense of shame for experiencing that comfort in the first place. Rather, I think we might imbue the mechanical and the mundane with its own affect of sorts, one that can be felt not just in us as viewers but between us and the machine. This also means, I suppose, to think and write about television affectively, from an experience of viewing that is neither pure pleasure nor pure displeasure (with oneself or the television), nor even pure ambivalence. The state of imminence that television allows and produces, after all, hinges, as Borges suggests, on a kind of expectation. What does television do but produce that sense of expectation, via commercial breaks, the week between appointments with particular shows, the ellipsis between seasons of programming? Such rhythms constitute a sensation that provides a possibility of connection. These connections occur within and across series in a narrative and structural framework, but they also exist in a mode of feeling. 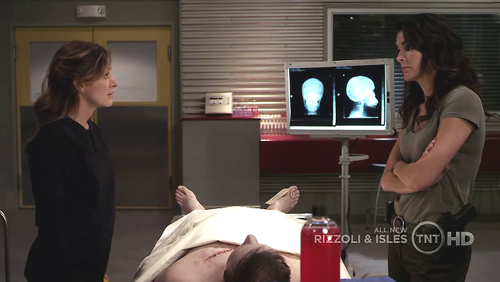 To think through this idea here, I’m now going to take a network – TNT, particularly its late-day line-up – as my (brief) textual object of study. This is a cable network that thrives on syndication, drawing on a practice developed in the 1950s and based on the notion that viewers find comfort in seeing something that they have seen before — i.e., the safety of the familiar.1 The network whose tagline is “we know drama,” TNT’s syndicated programming is primarily made up of series about investigation and the law. The first half of the day currently includes multiple episodes of series about supernatural investigations and investigators: Angel, Charmed, Supernatural, and Smallville. A break in that programming, which leads into the afternoon and evening fare, gives us two episodes of Las Vegas, followed by an episode of a TNT original, The Closer, in syndication at this time slot. And thus begins the afternoon and night-time programming: multiple episodes, depending on the day of the week, of Law & Order, Bones, The Mentalist, and, most recently, CSI: New York, with guest appearances of more original programming such as The Closer, Rizzoli and Isles, or Southland. I could say much about discrete details within and across the range of these series, along with advertising (including ads for one series while we’re watching another or for the network as a whole), to point to the myriad sorts of connections TNT as a wider text invites. However, in the space remaining I want to tease out some broader connections in relation to particular series (especially Law & Order, Bones, and Rizzoli and Isles) and to the particular themes of love and war. 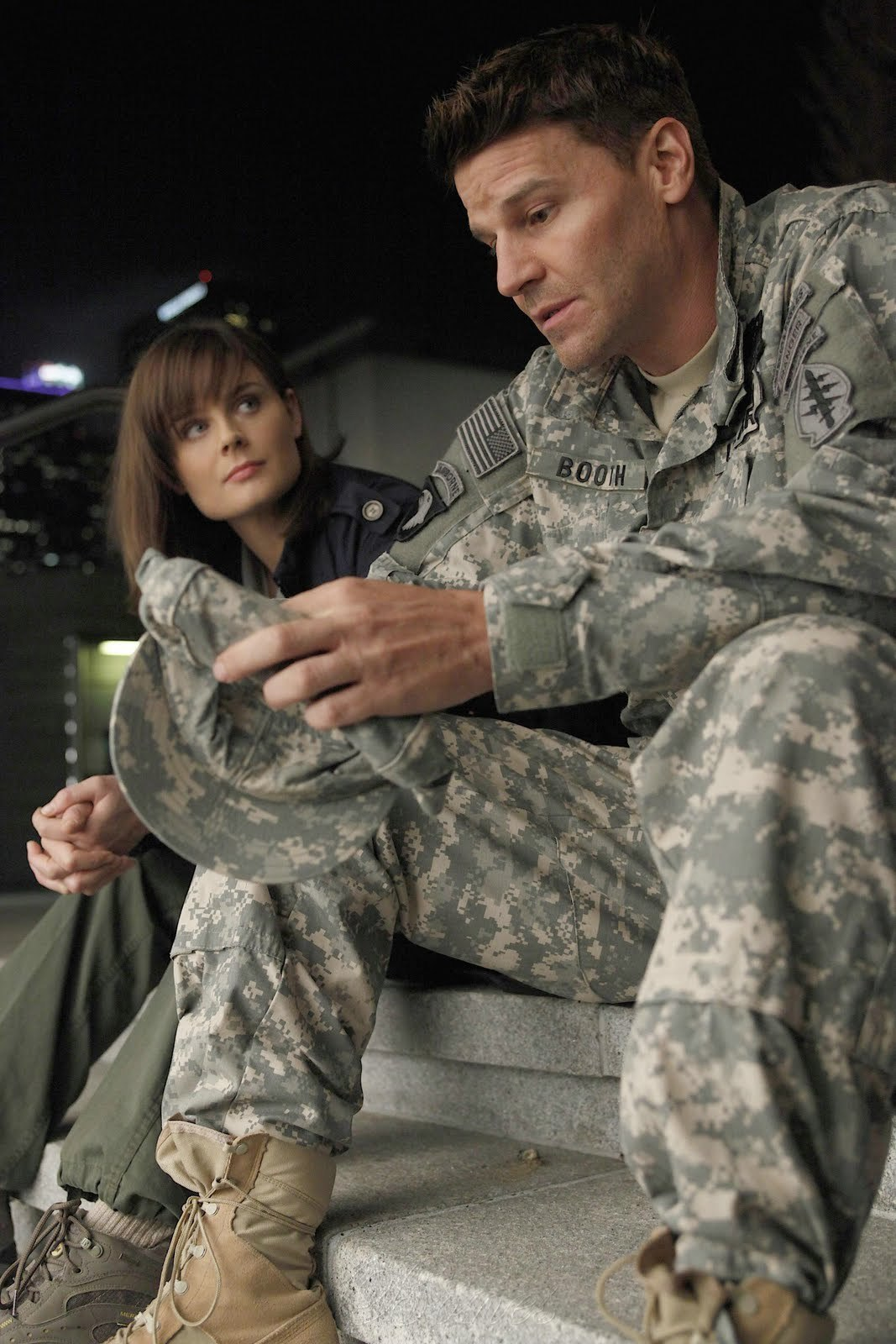 In its nearly-primetime set of slots, TNT showcases episodes of Law & Order primarily from the past ten years (the series completed a run of twenty seasons in 2010) – in other words, from those episodes that aired since September 11, 2001. As one of the first, and for many years only, series to highlight the United States’s invasion of Iraq, Law & Order frequently placed the war itself on trial. In TNT’s schedule of episodes, moving from one year of the series to another, back and forth in time, we may recognize a challenge in its programming to the “laws” of history – thus ensuring that an “imminent revelation” will not occur if we expect it through linear time or historical resolution. Rather, we see patterns through that narrative history which exhibit and refuse a resolution, at least of the on-going war and the nation’s ultimate culpability in regard to it. Interestingly, often set along side of these narratives is Bones, currently in its seventh season and airing in multiple episodes on Tuesday nights. This series features a main character, Special Agent Seeley Booth, as a former military sniper active in the war in Iraq, returning for a year of duty between seasons five and six – an ellipsis that we don’t witness. As this ellipsis most markedly demonstrates, in Bones‘ case the war serves as a backdrop, but often as that which can’t be spoken: it is only teased out at significant moments to mark the traumatic nature of Booth’s experience.

Instead, what we get amidst the dead and decaying bodies that are the weekly objects of investigation on Bones is a labyrinth of intimacies between all of the characters. This is a show with deep affection and the knowledge about one another that springs from such feeling, revealed, usually, in very fleeting moments: a quip from Angela to Temperance “Bones” Brennan or a lingering, if unnoticed, look from Bones to Booth. Such affection lingers longer on Rizzoli and Isles (another series which has recently featured stories linked to the current war), enabled by the fact that the show has a smaller cast and therefore a clearer primary relationship (that between the two eponymous heroines). This kind of knowing affection bleeds into my own sense of the sometimes tentative friendship between my favorite Law & Order cops, Lennie Briscoe and Ed Green, but it also spills into the way I understand each of these series’ attempts to acknowledge and even take stock of the nearly decade-long war the US has waged in the Middle East. Strung together on TNT’s schedule, these series produce a burgeoning understanding of the war, whether “on trial” or something a character like Booth carries with him everyday, and this understanding incites in me a feeling – some affection, some gratitude, some anger – that engages me with the machine in the room with me. Thus while the individual episodes produce narrative closure (the solution to a crime), the imminence of feeling lingers. 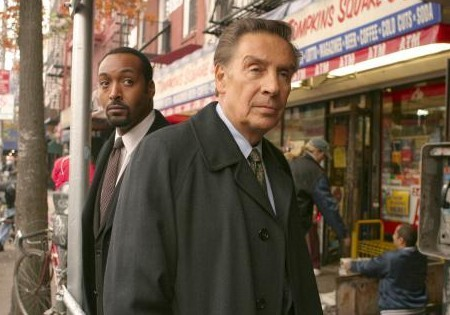 The revelation that I may be awaiting yet doesn’t quite occur might disappear into the scheduled breaks between narratives or episodes or series; it might be lost in the distance between me and the set across the room; or it might not occur because, in the case of this “aesthetic phenomenon,” I am still only watching. But I believe I do see across these series a sense of possibility as well – that the impenetrability of a space or a belief is not as powerful as we might be led to believe.

With thanks to my Research Assistant Alison Fornell for her keen editorial eye.