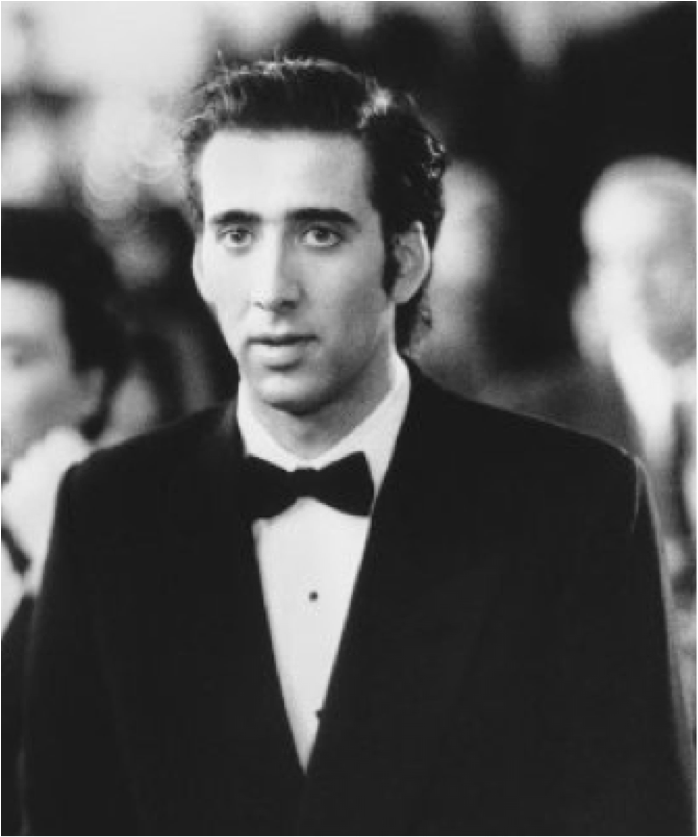 Nic Cage as Ronny in Moonstruck

Upon hearing of Nicolas Cage’s recent early morning arrest on public drunkenness charges in New Orleans, I was reminded of an exchange I had with a student at the end of the fall 2010 semester. I always end the semester by taking my film classes to a movie at a movie theatre. The trailers before the film we saw last fall included two in succession for movies featuring Nic Cage, Season of the Witch (Sena 2011) and Drive Angry 3D (Lussler 2011). The first was met with titters from my class of 30+ students, while during the second the titters escalated into raucous laughter. In class the following day we began our discussion with the trailers and I observed that I couldn’t help but notice how hard they laughed at Nic Cage. And then I posed this question: “When did Nic Cage become a joke?” to which a student, her lips curled in contempt, derisively responded, “When wasn’t he?” It was a quick-witted parry and the class accorded it the reception it deserved. I laughed too, but I also had an answer that I didn’t utter, lest it draw even more attention to our obvious age difference. Indeed, when did a reply beginning with “When I was your age” ever serve any adult well, let alone a college professor trying to appear au currant?

And yet it’s true. When I was their age, Nic Cage was among the coolest actors on the planet, having carved a niche for himself as an always endearing yet reliably offbeat actor. He took on all kinds of oddball roles in establishing his reputation as one of the best young actors of his generation. Like many others, I first took notice of his work in Valley Girl (Coolidge 1983), a fabulous 80s movie in which he had his first starring role. From that film on he’s worked nonstop, but it was in the early movies that he had a notable string of great risk-taking roles, including his turn as Charlie, he of the memorably high voice, playing opposite Kathleen Turner in Peggy Sue Got Married (Coppola 1986), H.I. McDunnough, one of the most quotable characters in movie history, in The Coens’ Raising Arizona (1987), Ronny in Moonstruck (Jewison 1987)—“This hand!”—and perhaps most notoriously of all, as Sailor Ripley—a man who wears a snakeskin jacket because, as he says, “it’s a symbol of my individuality and belief in personal freedom”—in David Lynch’s Wild at Heart (1990). 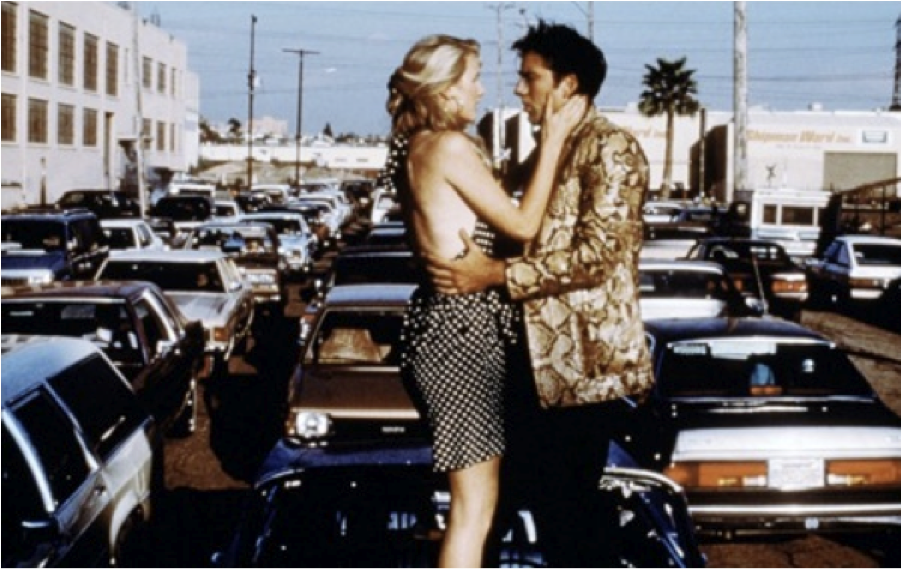 By the early 1990s Cage was a movie star, but of a particular actorly brand; his star persona was a result of his chops, not his pecs, making him as identifiable by what he wasn’t—a brain dead action star who endlessly played a variation on the same role—as by what he was, which was a risk taking method actor, always eager to take his craft to the next level, even if that meant eating a live cockroach on camera, as he (in)famously did while playing Peter Loew, a man who believes he’s becoming a vampire, in Vampire’s Kiss (Bierman 1988). In those early years, Cage’s dedication to his art, though evident of an off-kilter personality, was also part of his charm, as were his keeping king cobras as pets, love of comic books, and professed adoration of all things Elvis. So long as the interesting performances kept coming the audience was willing to overlook the oddities, or at least write them off as an artist’s inexplicable peccadilloes that were nevertheless somehow essential to his art. This went on apace until Leaving Las Vegas (Figgis 1995), in which he played Ben Sanderson, an unrepentant alcoholic who retreats to Las Vegas to drink himself to death, a performance which resulted in his becoming one of the youngest ever winners of the Academy Award for Best Actor. It’s perceived as the artistic high point in his career to date, but it also marks a turning point in his career, as he did not follow this film up by using his newfound clout to get edgy films in which he’d like to appear green lit by studio execs anxious to be in the Nic Cage business. Instead, he appeared to cash in on his fame, appearing successively in The Rock (Bay 1996), Con Air (West 1997), and Face/Off (Woo 1997), huge Hollywood blockbusters that made a ton of money for all involved, but that would have seemingly been anathema for the pre-Leaving Las Vegas Cage. 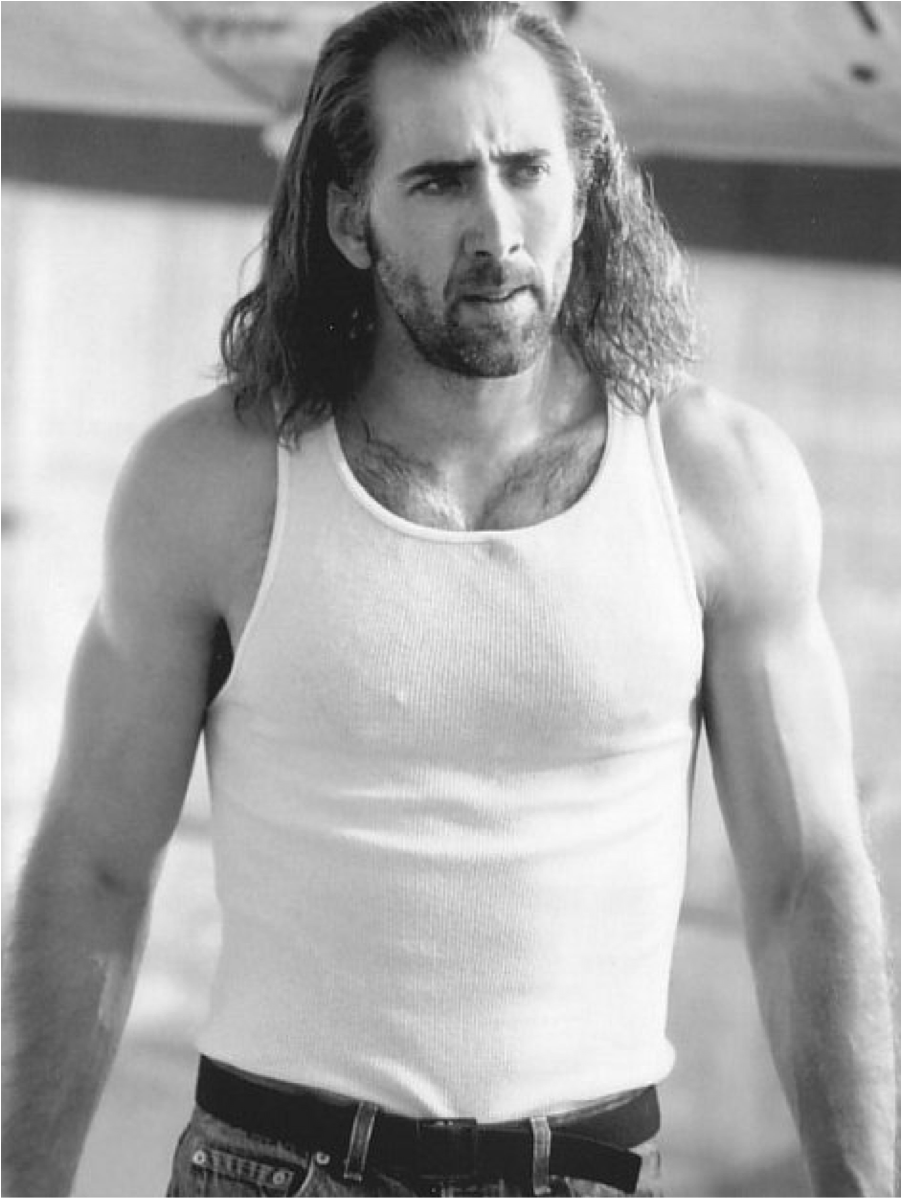 As Cameron Poe in Con Air

I happen to love all three of these of these films, but not in the way I adore say Double Indemnity (Wilder 1944) or Blue Velvet (Lynch 1986); no, more ironically, akin to the way I love films like Road House (Herrington 1989), Point Break (Bigelow 1991), or Starship Troopers (Verhoeven 1997). Of special note here is Con Air, in no small part because this is the first film in which Cage’s hairpiece went totally off the rails, a bizarre trend that has continued unfettered. In one of the more unexpected career twists in movie history, Cage’s reputation as an actor declined precipitously while at the same time the movies in which he was appearing garnered the biggest grosses of his career as well as ever growing paychecks for him personally. Whereas audiences were once willing to overlook his quirks as concomitant with his artistry, they began to increasingly view him as some kind of weirdo representative of the worst kinds of Hollywood depravity and excess, to the point that when he gave a brilliant performance in Adaptation (Jonze 2002) it was seen as a blip in the drudgery rather than a welcome return to form by a gifted actor. 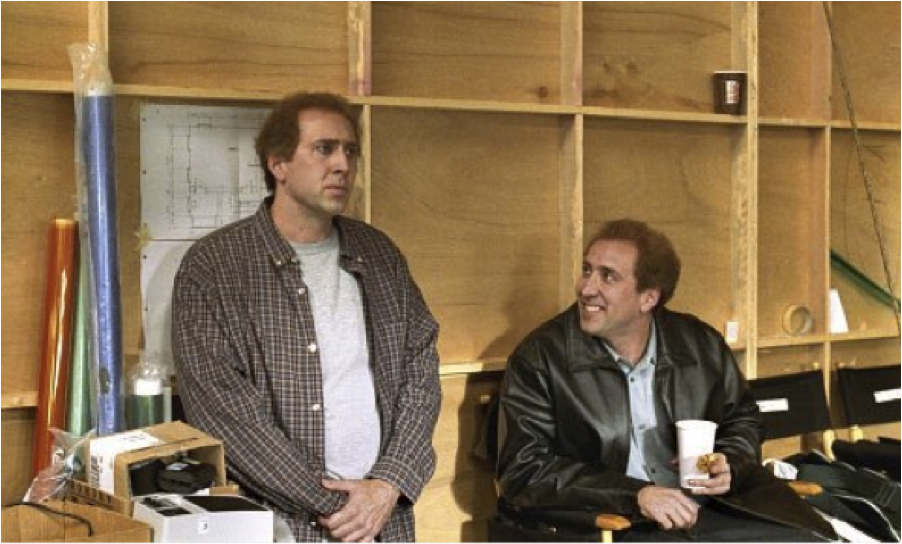 As Charlie and Donald Kaufman in Adaptation

Surely to some extent this is unfair, as it’s easy to call someone a sell-out, but how many of us ever get the chance to cash in for the kind of money afforded an A-list Hollywood actor? But alas, for Cage the money has come with a high cost. It was hard enough not to consider a lot of the work Cage was doing as strictly for the money, but when the personal financial troubles that resulted from his profligate spending on real estate (including a European castle and an uninhabited Bahaman island), cars (a fleet of Rolls Royces), and other things most folks can only dream about became public, it quickly became impossible to see it as anything else, a reality which has further rendered him a punch line in the public’s eye. So much so, in fact, that whereas we used to overlook his middling films as mere bumps in an otherwise brilliant artistic road, we’re now no longer willing to recognize him for the interesting work that he continues to do but that remains outside of the current dominant cultural narrative that pegs him as a freakishly idiosyncratic sell-out. Accordingly, we revel in his overly publicized failures—think Wicker Man (LaBute 2006) or Bangkok Dangerous (Chun & Pang 2008)—but we’re stingy with the accolades when he deserves them, as he did for his edgy work in underrated films such as Matchstick Men (2003), Lord of War (Niccol 2005), The Bad Lieutenant: Port of Call-New Orleans (Herzog 2009), and Kick-Ass (Vaughn 2010). 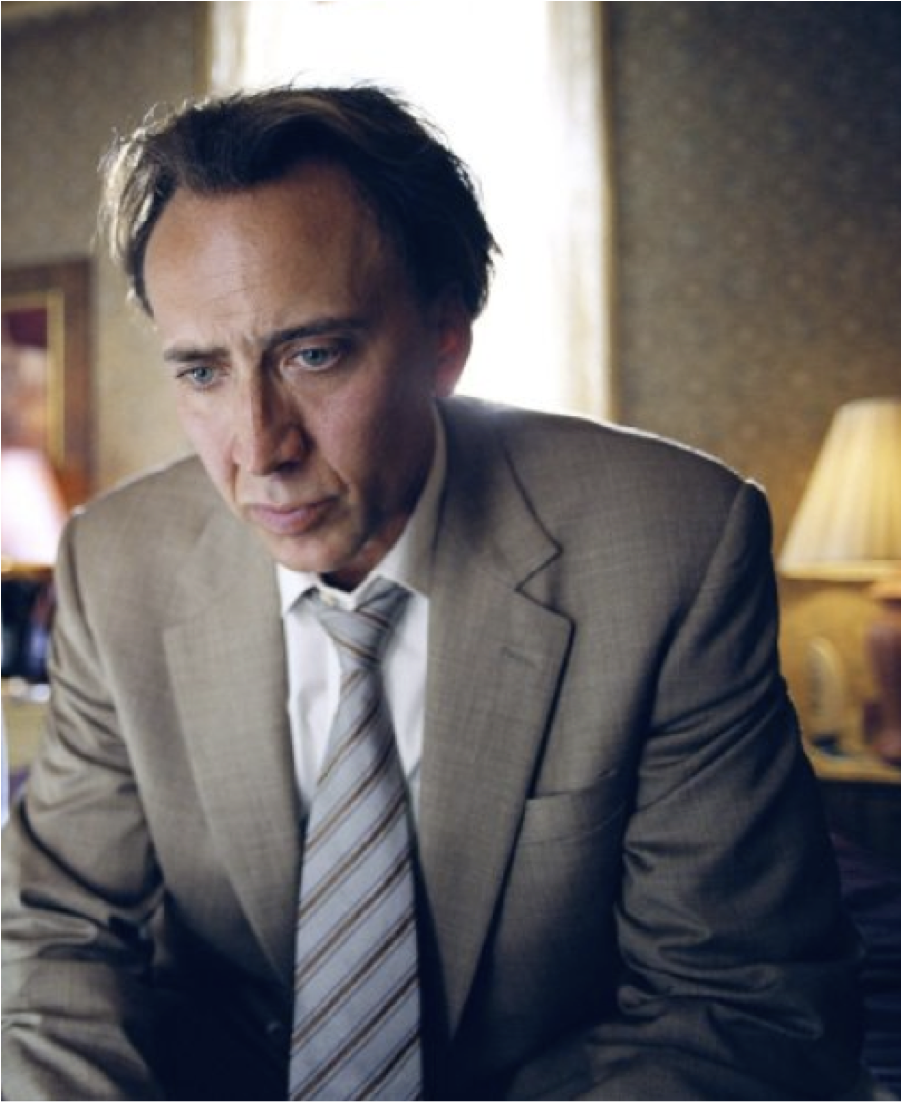 As Terence McDonagh in The Bad Lieutenant: Port of Call-New Orleans

The trajectory of Cage’s career to date says as much about us as it does about him. American culture revels in the anomalies of the extreme edges rather than accept the mundane reality of the fact that the largest portion of anything, whether an actor’s career choices, a band’s musical output, or the country’s political leanings, cuts a broad swath across the middle. And so for the time being Nic Cage will continue to draw guffaws every time his strangely coifed mien appears writ large up there on the big screen. Until, that is, the moment the story changes yet again, careening back to the opposite extreme. And it just might, for if there’s anything we like more than the grotesquery of failure, it’s the ensuing uplift of redemption, no matter how it’s manufactured.

1. Nic Cage as Ronny in Moonstruck
2. As Sailor Ripley with Lula Fortune (Laura Dern) in Wild at Heart
3. As Cameron Poe in Con Air
4. As Charlie and Donald Kaufman in Adaptation
5. As Terence McDonagh in The Bad Lieutenant: Port of Call-New Orleans