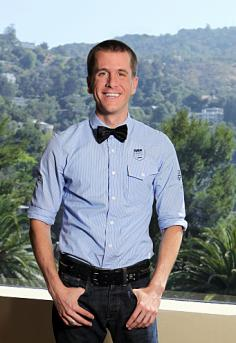 In Summer 2010, my co-worker, Professor Ragan Fox, was a houseguest on Big Brother 12. My FlowTV column on this experience (Aug. 27, 2010) drew the attention of Ragan’s fans and haters, and soon they filled the comments sections with an intense debate about how Ragan behaved on the show and the appropriate performance of gay identity. Now Ragan is out of the house, back on campus, and ready to talk.

Ann Johnson: Going into the program, what were your expectations regarding how much control you would have over your public image? Did you experience more or less control than you expected?

Ragan Fox: I expected to have very little control over my public image. I’m a connoisseur of reality television, so I’m used to hearing reality TV participants claim that they were unfairly edited by production or vilified by the public. Just to be clear, I’m not saying that I was unfairly edited—only that cries of undeserved or misrepresentative editing is a common refrain among reality show characters. I’m also familiar with a lot of scholarship about reality TV, in which media researchers argue that reality programming perpetuates myths about race, sexuality, gender, and social class. I was, therefore, not expecting to have much control over how I was portrayed, nor did I expect to have any say in how I was received by the audience.

Coming into the Big Brother experience, I figured that viewers would respond to my character as people have always responded to me. I am and have always been a polarizing person. People either love or hate me; and they tend to express this love and hate in very passionate ways. My goal was to be nothing more or less than who I am every day of my life. Being true to myself was the only element I was able to control while I was in the Big Brother house.

AJ: The producers exercise near total control over the houseguest’s living conditions. Did you feel a need to give the producers what they wanted, to please them so they wouldn’t mess with you?

RF: I never felt that my personality was constrained by production. Other than the unrealistic aspects of living in the house, like sequester and food competitions, Big Brother is, in my mind, the realest reality show out there. What you see is what you get; none of our interactions are scripted. And, unlike other reality show contestants, I believe we all got pretty terrific edits, in which, for better and worse, we were shown as 3-dimensional people. 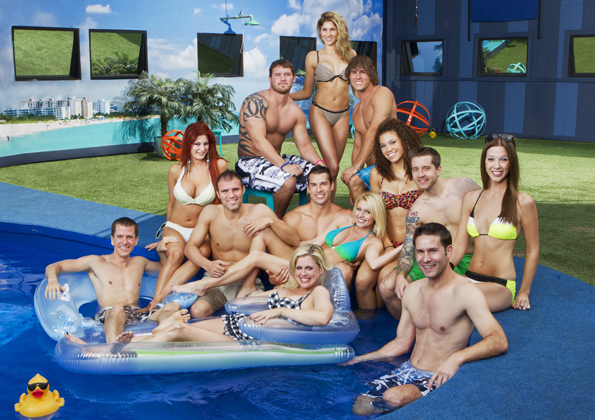 AJ: What is your relationship with your fans like?

RF: The fans are awesome. I even have love for the haters because I appreciate their investment in the show. Because Big Brother fans can watch us 24-hours-a-day, our fans are unique and particularly vociferous. I’ve often heard Big Brother’s fan base described as the Trekkies of reality TV, meaning they are super-fans who see their love of the show as an extension of their identities. The average Survivor competitor has a few hundred Twitter followers; most people in the BB12 cast have well over 10,000. Survivor has a significantly larger audience, but Big Brother fans tend to be a lot more dedicated. All in all, I try not to take any of the fanaticism too seriously; because if you believe the love, you also have to believe the hate.

RF: It’s the norm for me. I have always been a divisive person. I grew up undeniably gay in relatively small town in Texas. Years before my first same-sex kiss, kids at my school were tormenting me for having the audacity to be. The previous sentence isn’t incomplete. I know what it’s like to ruffle feathers for doing nothing more or less than existing, regardless of my actions or words.

I wasn’t surprised to have haters. Each and every Big Brother contestant has a significant number of viewers who detest him or her. I was a decade-long fan of the show before season 12, so I saw the brutality of fan commentary whenever I visited Big Brother viewer forums, like Survivor Sucks and Joker’s Updates. Big Brother is unlike any other reality show because viewers have an opportunity to watch a live, 24-hour feed of the program. Many hardcore fans alter their sleeping schedules so that they wake up and go to bed at the times we rise and fall. They make a substantive investment in the show and its characters. Big Brother is a spectator sport like no other. Once fans fall in love with you or decide they hate you, they are committed to and passionate about their love or hate. I think the investment is awesome; but, at times, the hate crosses the proverbial line.

The great paradox of Big Brother hate is that most of the haters talk trash about us because they don’t like how we sit around the house and talk trash about one another. As I recently said in my blog, “We trash talk one another in the BB house. But we’re PLAYING A GAME, under psychological and emotional duress, starved, undergoing sleep deprivation, taken away from everyone and everything that we love, and we have nothing else to talk about but one another. And we endure these conditions for up to 3 months. What’s the hater’s excuse?”

I was also shocked by the severity of the homophobia espoused by many of the haters. Let me clarify: I realize that homophobia is common in current communication practices; and I also realize that everyone who dislikes me isn’t necessarily homophobic. I was, however, stunned to see how hate for me/my character was couched in pretty explicit and rabid forms of homophobia. Many haters, for instance, refer to me as Fagan. Similarly, people who don’t like me enforce an odd burden of synecdoche wherein I am, somehow, a representative for the entire gay community, or a part of the gay community meant to represent the whole of gay men.

AJ: Did you feel that you were cast explicitly to be the “gay guy” and how did you deal with that?

RF: While I was in the “thick of it,” I never felt like production or casting expected me to be the token gay guy. Big Brother has featured gay men of different races, classes, and education levels; the show has also featured gay men who conform to heteronormative standards of masculinity and others who do not. Unlike other reality competition shows, Big Brother has featured multiple LGBTQ-identified people in a single season, like Ivette and Beau (season 6), Joe and Dustin (season 8), Josh and Neil (season 9), and Annie and me (season 12). 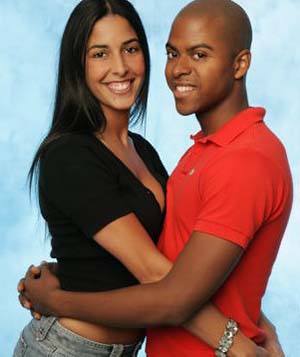 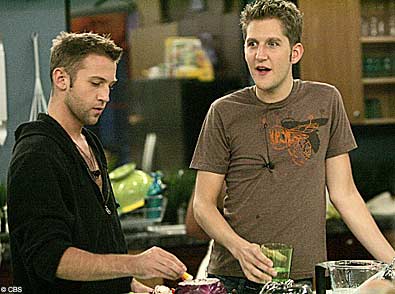 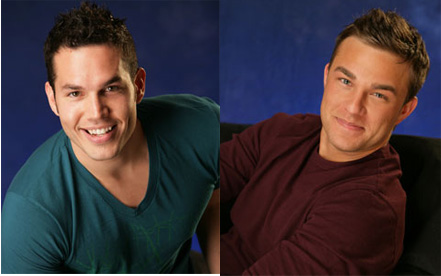 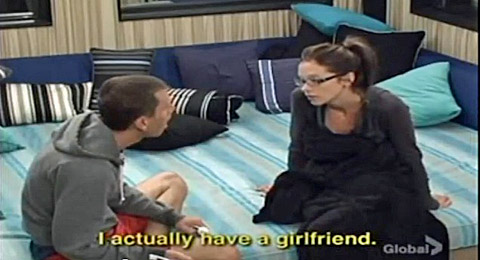 Any time a gay man is cast on the show, there’s a section of the audience who bemoans the fact that a “stereotypical” or “flamboyant” gay has, once again, been featured on the program. These statements are often uttered and written before the gay character has spoken his (or her) first word. This is connected to what I previously said about a burden of synecdoche. Pointing out that a season’s gay, lesbian, or bisexual contestant is stereotypical or a “bad representative” of his or her community is rhetorical smokescreen designed to mask a viewer’s homophobia. This problem is all the more troubling when members of the implicated community point the finger. Take, for example, a gay guy who used my experience to justify his own internalized homophobia. He wrote in relation to my character, “This is why I hate gays.” The statement speaks for itself. Regardless of my behavior, he hates gay people. Connecting the dots between my behavior and his homophobia is an exercise in confirmation bias. Moreover, these statements tend to emerge in forums where even more explicit homophobia is present.

In direct answer to your question, I never felt like I had to “deal with” performing gay in the house. My sexuality only became salient to me when I saw some of the viewer feedback.

AJ: How does your Big Brother experience fit into your scholarly research agenda?

RF: I study how gay men perform their identities in various contexts, so I was shocked that many people thought that my participation in Big Brother somehow challenged my scholarly ethos. If anything, my experiences on the show are an extension of my scholarly agenda, and provided me with an endless supply of communication research data. Most of my work is autoethnographic, meaning I connect personal knowledge to broader cultural phenomena. I am already in the midst of writing scholarly considerations of my in situ performance of identity on the set of Big Brother. My involvement has also connected me to a ton of reality show participants who I plan to interview in future qualitative projects about reality TV.