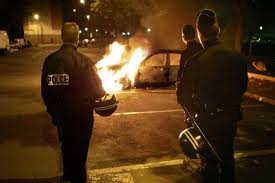 Recent uprisings in North Africa and the Middle East have shown the fertile and increasingly well-tilled area of research into digital culture and socio-political protest.1 However, the real-time scholarly responses are always (if prudent) qualified as preliminary. The answers to many research questions are traditionally captive to time.2

Central to studying socio-political uprising have been the categories of circulation and attention (where mobilization and action beyond digital networks is often assumed, and stylistic qualities of texts are almost completely ignored). Spikes in digital attention are easily observed. What is more difficult to understand is the way in which digital media were used by producers/consumers/prosumers, how they related to circulatory networks, old media, whether their circulation of particular cultural productions was important, how, for whom, and why.

A major violent protest just turned five, the French “banlieue” riots of late 2005, which have been called the most important riot in the history of contemporary France.3 The riots have raised important questions about the intertwined role of new and old media forms, their circulation and impact for organizing/mobilizing as well as telling a different story.

For five years now, studies have trickled from the traditional research journal apparatuses, increasingly painting a detailed picture of what happened in November 2005. Some of my own work has focused on the convergent relationship of old news media and new digital media in the way the events were mediated, (re-) circulated and contested in a variety of ways for a variety of audiences, French national as well as global.4 Across several essays, I have attended to circulation while also trying to account for the rhetorical qualities of particular cultural productions that help them circulate.5 Here I synthesize this work, beginning with the treatment of the riots in the mainstream news (MSN) before moving to the blogosphere, and then to an important DIY machinima film which made tours of international MSN and the Internet, critiquing the events and MSN framings. Together my three projects demonstrate the digital cultural production’s important but limited capacity to circulate widely, offer alternative accounts, and even mobilize, all extremely challenging for traditional political economy of circulation, ideological criticisms of news, as well as (inter-) textual analysis of film. I argue these relationships constitute a new geometry of media circulation and attention. 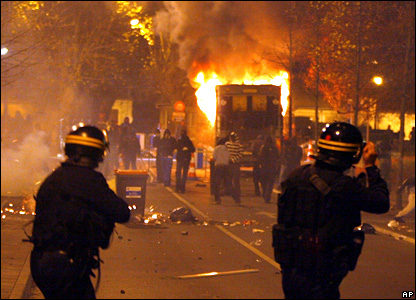 The so-called banlieue riots began on Oct. 28, 2005 and continued at least through November 15. What they were actually about was disputed, as were the rioters’ identities, though MSN predominantly featured teenagers in poor neighborhoods around the periphery of Paris and some other French cities.6 From one critical perspective, the riots were a sign of the problems with the French model of integration, of the exclusionary aspects of mediaspheres7, of the promise and limitations of new media in providing access to diverse actors of the liberal public sphere to identify themselves on their own terms. I have performed studies of dominant frames employed by the most-watched news network in France, TF1, compared them to new media news and debate about the riots, all in conjunction with other scholarship that has been emerging in the last five years about the riots. My study of TF1 news demonstrates that the frames indicating causes of the riots are overwhelmingly the same ones offered by the main government spokesperson, then Secretary of the Interior and now President Nicholas Sarkozy. In addition, while other frames and discourses about causes/problems and solutions of the riots, and identities of rioters themselves circulated in alternate new media public spheres, those terms for understanding the riots set the agendas neither of MSN with larger audiences nor of government official and elected public policy makers.

Recent studies have demonstrated that the mainstream press in both France and the U.S., often following the frames offered by conservative politicians such as then-Interior Minister Nicolas Sarkozy, widely reported that that the 2005 French riots were the product of spontaneous gratuitous violence or economic conditions, past lax socialist immigration and criminal policies, and/or were masterminded by gangs or repeat-offender petty criminals.8 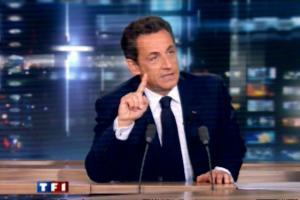 56% approved of Sarkozy’s “attitude” towards riots

A significant portion of articles offered descriptions of the scene, emphasizing violence. Others focused on the government’s response to the crisis, its larger political implications and its ultimate cost. The emphasis on violence fits dominant global news values of violence, where primary definers are privileged sources, and also theories of postmodern spectacular/neo-tribal society enthralled with the violence.9 Other studies of riots frames in several global newspapers, including French ones, found MSN ignoring racial tensions (in employment, housing, political and media representation) and other social problems that have undermined the French republican integration model. Finally, my study of TF1 coverage found frames similar to those of the press studies. These MSN frames are counter to accounts given by rioters themselves, as ethnographic research has demonstrated.10

Contrary to audiences of MSN, many others within and outside of France who sought up-to-date and ideally less institutionally processed information and commentary on the riots turned to blogs like Bondy Blog and Skyblog. Perhaps the most innovative commentary on the riots to circulate the blogosphere and YouTube, then mediated by global MSN, was the machinima film The French Democracy (hereafter TFD), a dramatization of the lives of three young, French minorities and the indignities they suffer that trigger their participation in the riots. 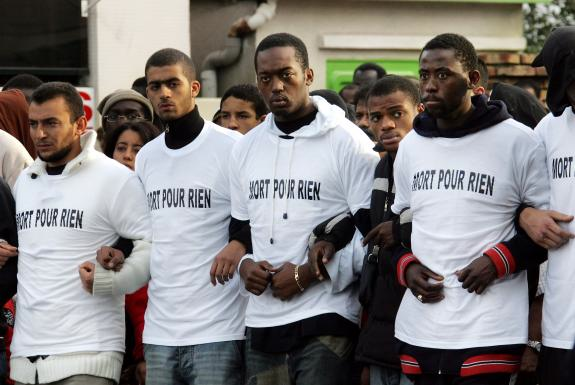 “Died for No Reason”

27-year-old Alex Chan made TFD with a game called The Movies, which allows players to create their own stories with the games characters and sets. Chan has explained his motivation in ways that suggest he aimed to address a domestic French audience and especially a more global audience formed around the circulation of global news coverage. At a 2006 Machinima film festival, Chan told the audience that he made the film because he was upset by the media’s (domestic and foreign) depiction of the rioters as monsters, which he wanted to correct by humanizing them and providing what he claimed was a more accurate and eyewitness account.11 In an interview in 2007, he complained that MSN ignored the reality right in front of them and chose instead to report the story in the words of the Minister of the Interior, Sarkozy. He also explained why he opted for machinima as his medium for an alternative account of the riots and their causes: “Through these tools you can get some more spontaneous reaction or reflection”, he said, ”not from mass media but from a simple citizen like me”. The film was globally hailed as a breakthrough; the first ever political machinima. Placed on-line November 22, 2005, it had received over one million views a month later.12

Yet, TFD demonstrates how the Internet’s potential public spaces are objects of struggle, to direct viewers to other sites that are nodes in different networks of subjectivity. Chan’s own frames were not just struggling against MSN’s, but against resource-rich political interests on the Internet. Thus the UMP conservative party in power at the time (and still today, under Sarkozy) bought Google ads for the key search terms scum (racaille), riots (émeute), incivility (incivilité), burned cars (voiture brulée), and housing projects (cité), directing visitors to the UMP party’s website, where they were encouraged to sign a petition to support Nicholas Sarkozy’s policy on the banlieue.13

The film succeeded in making the global MSN agenda (from Manila to New York and London), and spurred them to publicly re-evaluate their religious and historically acontextual frames in stark contrast to Chan’s. Equally important, TFD illustrates limits of the geometries of production and consumption. The global attention to this DIY film and its very differently identified actors and motivations did not boomerang back to the dominant French mediasphere and its public sphere. Thus, my conclusions also indicate problems subordinate groups continue to encounter with regard to liberal freedom of assembly and speech, without attention and circulation. If counterpublics and their constituents are constantly labeled and misrecognized by a dominant public sphere’s media apparatuses, despite minoritarian expressions, then the extreme communication of violence/riots may be a predictable outcome to exclusion, while the meaning and political use of such violence will be struggled over.