We Are All Oldies: The Death of Youth Music
Norma Coates / University of Western Ontario

KISS featured on an episode of Glee

Lamentations about the death of rock are a staple of popular music discourse. Literary and Pop Music scholar Kevin Dettmar asserts as much in his book, Is Rock Dead?, an exploration of that recurrent theme.1 Most recently, critic Sam McPheeters, writing in popular culture journal Vice Magazine’s “Anti-Music Issue,” wondered “Is Rock Over?” McPheeters claimed that “rock ‘n’ roll is to 21st-century America what the Wild West was to 20th-century America: a closed frontier, ripe for mass mythology.” His assertion is somewhat inaccurate, as rock’n’roll has depended upon the creation of mass mythologies for its survival and meaning since its inception in the 1950s and certainly since it became subject to a constellation of beliefs and ethics pertaining to authenticity in the mid-1960s.2 Among the evidence presented in defense of his claim is Billboard magazine’s list of the top 25 tours of 2000 through 2009. The list is largely populated by acts that originated in the 1960s, 1970s, or 1980s.3

The periodic breast-beating and garment-rending over the death of rock is one of the many things that support its mythologies and all of the baggage and boundaries that the it relies upon for continued cultural power decades after its decline. It also supports an on-going conceit, arguably that of baby boomers but one also articulated, if inadvertently by presumably younger writers like McPheeters even as they critique the elders: that rock is still important, and that a vibrant rock music still signifies youth. That’s why I want to suggest a different way of thinking about the “death of rock.” It isn’t rock that’s dying, or on life-support, or in some other compromised position. It’s the notion of rock as youth music, and from there, youth music itself, that’s heading for the morgue. This, I suggest, is a very good thing, as the concept as it was articulated at the very beginning of thoughtful discourse about rock and roll in the mid-1960s, when it was much more of a cohesive genre with a less fragmented audience, has served as cover for reiterating and reinforcing binaries such as rock/pop, authentic/artificial, male/female, white/black and so on that have made the boundaries, commonsense notions, and material practices of popular music performance, fandom and cultures appear so intractable, even in academic popular music and media scholarship. Why is this so? 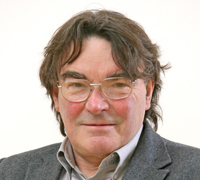 The answer requires a digression to the origin of popular music scholarship. In his pioneering book Sound Effects, first published as The Sociology of Rock in the UK in 1978, Simon Frith first placed scholarly apparatus around what was visible to the eye and audible to the ear: rock music, the normatively masculine inflection of rock and roll that came to stand in for the whole, was youth music.4 Frith and others linked youth music to particular practices and spaces of production and consumption. Male youth were granted the freedom to range the streets and public spaces of musical practice, materially and discursively. Female youth were relegated to the bedroom or when allowed out, the dance floor, characterized by Frith and others as less free spaces in which activities were circumscribed, dictated by others, and, well, less authentic. “Their” music was presumed to be the pop of AM radio, teen magazines, and television. The boundaries of the conflation of youth music with rock music were hard to police, as plenty of girls and women listened to rock music but the discursive and material effects on performance and representation were often very real.

Along the way, youth music, in the form just described, got old. Audiences and fans from the 1960s, 1970s, 1980s, and now, even the 1990s, didn’t uniformly turn the radio dial to a soft rock, classical, or “classic hits” format radio station, nor did they turn in their leather jackets, upon turning 30. This is despite the best efforts of younger hipster critics and older, more avuncular cultural critics to draw distinctions between rock and roll generations through the creation of gently derisive terms like “Dad Rock” or attempts to distance themselves from or poke fun at boomer conceits. The very term “Dad Rock” is telling, because it perpetuates the conflation between youth music and rock’s mythologies of masculinity. Indeed, women get many subtle and not-so-subtle messages to give up the small investments they are allowed in youth music, from the soft-rock soundtracks of office radios and advertisements to the admonitions to protect children from illicit music (let’s not forget the legacy of the PMRC). 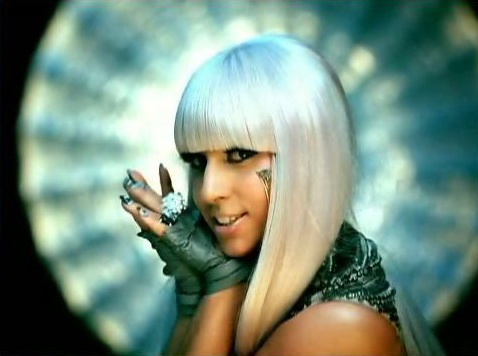 The chart referenced earlier shows just how obsolete the notion of youth music is when looked at through the lens of actual practice. It is now, more than ever, just an exercise of power, a way to maintain a status quo and set of discursive relations and mythologies that enable the continued marginalization of those deemed outsiders. Pop music, especially that performed by genre- and gender-bending artists like Lady Gaga and Janelle Monae, is more interesting and engaging than most remnants of rock, at least those with more than strictly indie visibility, especially when outmoded notions of authenticity and links to good and bad manifestations of commercialism are tossed into the bin. Audience age matters much less than before. Most productively, the death of youth music lowers if not destroys barriers that have kept many from being able to partake of what it has provided.

Television music is an even greater indicator of the decline of the disciplinary power of youth music, even among demographic youth. To explain what I mean, I offer everyone’s favorite example. Glee, with its promiscuous and even shameless mix of musical styles, genres, and generations, troubles the gendered and racialized definition of youth music. Critic Mary McNamara, writing in the Los Angeles Times, opines that Glee “may be the first truly post-boomer television show” and asserts that boomers need not feel ashamed by the “super big hits” that they loved in high school.5 That boomers could be ashamed by their high school musical taste is telling, as it provides further proof of the alignment of youth music with constructed notions of aesthetic and cultural values and hierarchies. Songs that haven’t seen the tops of charts for decades are back there again. Critic J.D. Considine asserts that Glee shows that “rock stars no longer ‘own’ songs – they belong to anyone, from fictional teens on TV to those at home watching and singing along.”6

Considine thereby throws a stick of dynamite into decades of sedimented rock mythology and the very idea of youth music as being for the young, more specifically, the young male. Another, perhaps better metaphor, is that Glee once and for all pulls the curtain back and shows us that youth music and what it came to represent is a construction that was used in the service of maintaining cultural and musical myths, and for creating boundaries that kept sounds, audiences, performers, and the overt stink taint of the commercial out of youth music. That television programming is in the forefront of this change is at the same time ironic and not surprising. Mid-1960s television music helped exile certain genres and audiences from youth music, at least that deemed authentic. Now, between American Idol and the myriad television programs with popular music soundtracks, television is leading the way toward a rethinking of who and what popular music is for. Youth music is dead, long live popular music.