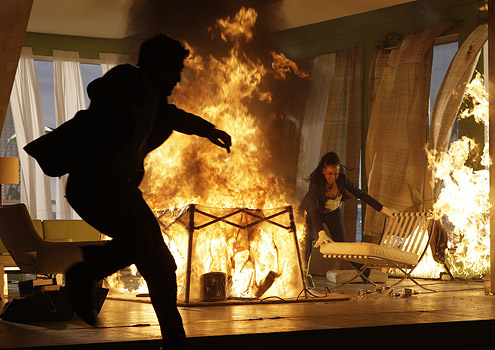 For decades action was a defining feature of television crime series – hit shows of the 1960s and 70s such as the recently remade Hawaii Five-O (1968-80), or Starsky and Hutch (1976-9) routinely exploited the exhilarating pleasures of the action sequence, whether in the form of car chases and shoot-outs, explosions, fights or scenes of urban pursuit. The credit sequences for these action-oriented crime shows featured spectacle of all kinds: explosive, urban, natural and sexual (whether the characteristic cut-ins of nameless erotic dancers and bikini-clad women or, on occasion, the male cop characters). Rapid montage sequences juxtapose guns, ocean waves, and movement – of cars and cops – while rock derived soundtracks set a pace characterised by energy. As this capsule description suggests, spectacular scenery is a staple of many action-oriented crime shows. While Hawaii-set Magnum PI (1980-88) and Miami Vice (1984-1989) each had a distinct look, both made use of spectacular landscapes just as CSI Miami (2002–), the credit sequence of which features a craft racing across Florida wetlands, does today. Yet I’m struck by how rarely scholarship on crime television takes account of action or even spectacle as significant features of the genre. Of course crime is intensely narrative driven. But we need a language to talk about these dimensions of contemporary crime programming, quite as much as we need one to discuss the distinctive narrative emphasis of crime drama –- the deductive processes of the procedural, for example, with its emphasis on the reconstruction of events; forensic formats which centre on laboratory work and feature sidebar explanations of techniques and phenomena; or specialist units with their employment of particular knowledge and skills. 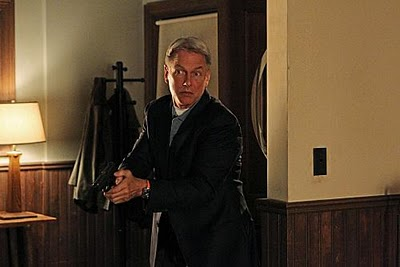 From a position of relative neglect, action cinema has been pretty extensively theorised in recent years. Action television, by contrast, has less often been named and discussed as such. Can some of the themes explored in action cinema studies help us make sense of action on television, and particularly what I’m foregrounding here, action as a distinctive yet neglected aspect of crime television? I’d argue so, but the process is also a two-way one, not least since there has been a high degree of exchange between televisual and cinematic action forms. For example, while the intensely paced editing of the action sequence – and the action film as effectively an extended action sequence – is described by Eric Lichtenfeld as a characteristic of 1990s movies, a development signified by the distinctive authorial presence of Michael Bay, a show like Miami Vice had already been associated with what some critics termed an MTV aesthetic.1 The show’s signature use of rock music and montage garnered both praise and blame; as James Lyons notes in his study of the series: “It is perhaps no coincidence that all the deficiencies cited by critics in relation to Miami Vice were also key attributes of the action-adventure genre, foremost of which was an emphasis on style and spectacle at the expense of ‘literary sophistication’”.2 Action rarely – if at all – receives the designation quality television, but crime more frequently does. Lyons notes how Miami Vice was compared by contemporary critics to ensemble cop show Hill Street Blues (1981-87), and found wanting. 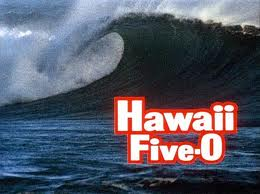 The relationship between narrative and spectacle alluded to here has been a significant focus in scholarship on action cinema and has, I would argue, a definite purchase for action television. Far from being extraneous to the development of the narrative or themes of the action film, critics have noted how the spectacular action sequence is intimately and even intricately bound up with these elements.3 If crime in the 1990s was often procedural in character, foregrounding narrative processes of detection, both action and what I term here sensation seem central to crime as a genre as it has developed over the last decade: from the explicitly action-based formats such as NCIS (2003–) with its military context, explosions, chases and espionage-informed gunplay, to the spectacular forensic procedurals of which CSI is the forerunner (here we find an aesthetic which foregrounds effects work, exploiting sound and image to generate television spectacle, as Lisa Coutlhard recently suggested in her FLOW essay on CSI Miami’s use of montage sequences).4 As this suggests, the broad generic umbrella of crime drama provides a context for contemporary action-oriented shows as well as for series that make extensive use of the strategies associated with action: for example, dynamic movement within the confines of the screen; montage exploited to convey urgency; the particular temporal quality achieved by the rapid cutting together of still images. In the 2000s, action-heavy shows such as 24 (2001-10) or NCIS: Los Angeles (2009–) nonetheless serve as recognisable variants of crime – featuring what are effectively squad rooms as recurrent sets, coupled with the sort of high-tech equipment showcased in now familiar forensic formats. To some degree this is down to the collapsing together of – or at least mutual exchange between – espionage and crime formats in proliferating specialist units linked to themes of homeland security. That is, these developments have a lot to do with the way that television genres combine and evolve, suggesting just how expansive crime television is today. 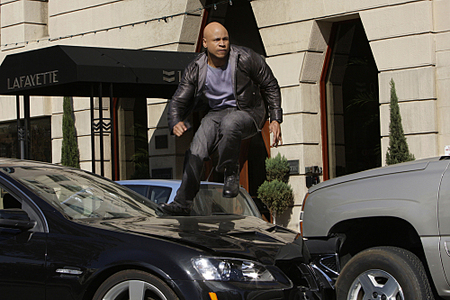 Action sequences are a recurrent element of these shows, underpinning an aesthetic of spectacle which in turn seems to respond to technological innovations in image quality. Tom Gunning’s account of the cinema of attractions foregrounds the discrete elements of cinematic spectacle gathered together in an early exhibition context – both he and subsequent critics have speculated on the potential connections between such an early cinema of attractions and more recent action and adventure cinema. Gunning evokes the film as rollercoaster ride, referencing filmmakers such as Spielberg and Lucas; in action television, producers Donald P. Bellisario and Jerry Bruckheimer are proponents of such exhilarating spectacular work. 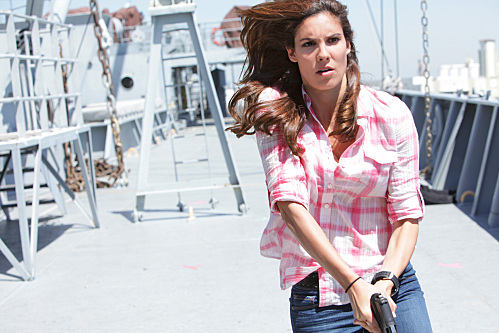 A televisual model of attraction takes us so far with action-oriented crime, underlining the significance of sequences and effects that are not firmly tied to – or perhaps exceed – the necessities of narrative development (after all, this is a genre geared around investigation in one form or another). Sensation suggests different nuances to attraction which seem useful for thinking about action-oriented crime. The centrality of effects work – and particularly the work of sound – in achieving both the power of the cinematic action sequence and the visceral qualities of the much-discussed televisual CSI-shot is suggestive. Sensation captures not only the formal emphasis on speed and explosive imagery, but also the sensationalist aspects of these forms – this is evident in the staging of crime scenes and corpses, perhaps the genre’s most marked connection to an earlier era of grotesque attractions.