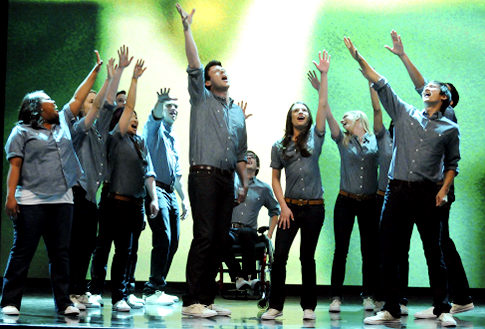 The cast of Glee, season two

It’s that time of year. As the networks promote their new fall series, artful publicity photos seem to be everywhere, constructed to maximize not only the attractiveness but also the rainbow of skin tones of the casts. Diversity clearly has cachet, lending a youthful and hip tone and cosmopolitan flavor to shows even before their premieres. The networks are simultaneously engaging in public relations efforts in sharing information with ethnic media outlets and advocacy groups that details the diversity of their new casts, such as when shows have hired Latina/o actors or when African American characters are included among the series regulars.1 Even for viewers who don’t follow such news, the networks’ promotional emphasis on the diversity of their casts may contribute to the belief that television is a now equal-opportunity playing field for actors and in series narratives.

The inclusion of actors and characters of color, and absence of images that are clearly denigrating, is not necessarily tantamount to equitable representation; however. Such emphasis on the corporeal and on “positive” representation overlooks the more central and ultimately powerful dynamic of focalization, as described by Ella Shohat and Robert Stam,2 regarding which characters we are meant to identify with, whose stories are being told, and which communities’ perspectives and ideological discourses are privileged. As Kristal Brent Zook aptly put it, “The stakes here are about more than entertainment. They’re about who we allow to dance inside our imaginations and why.”3 Such dynamics are thus important to keep central in analysis of the racial politics of contemporary television series.

Diverse ensemble cast series, while a boon for promotion to the increasingly non-white audience, offer considerable challenges to writers and producers, in part because it’s not easy to develop a large number of characters and keep their storylines manageable within the time constraints of a television episode or feature film. It also may feel risky to challenge Hollywood cinematic traditions of white heroism and centrism, even with the possibilities offered by an ensemble cast. With this in mind, the following questions, explored in the case examples of Glee (2009+), Friday Night Lights (2006+), Lost (2004-2010), and other series could aid media producers and scholars who wish to begin to interrogate the racial politics of diverse ensemble cast shows.

1. Are the characters of color fully realized individuals? This may seem simplistic, but it bears stating. Given how rare protagonists of color have been in Hollywood narratives, we may not always notice when characters of color are utilized primarily to lend a hip tone to a setting and in support of the white lead characters’ development. When in doubt, it can be useful to ask questions about the various characters. Whose families, home life, or inner worlds do we get to know? Whose motivations and development are we meant to follow? And if it’s a musical, who do we actually hear sing?

Glee, despite the United Colors of Benetton™ visual display of its high school show choir (as Sue Sylvester once groused), was problematic in this regard in its first season; it developed the white (or in the case of Rachel Berry, ambiguously white) characters much more than the characters of color and often reinforced this imbalance in its musical numbers. Viewers’ witnessing of the family lives of white male students Kurt and Finn also underscored their primacy in the narrative. Friday Night Lights, about a football-obsessed Texas town, similarly developed its white characters to a degree that it did not for its African American or its few Latino characters, even after African American actor Gaius Charles’s storylines were critically acclaimed. Lost, on the other hand, in its first seasons was particularly successful in developing its diverse characters in unique and often surprising ways through its narrative structure, which regularly included flashback sequences of characters’ home lives and childhoods.

2. Do the writers and producers appear knowledgeable about and interested in the worlds and perspectives of the non-white characters? Again, this might be assumed to be a given, but the history of underdeveloped characters of color makes evident that this continues to be an important question to explore. Considering again the example of Friday Night Lights, a series that I admire for its intimate and realistic portrayal of white Texans, I’ve wondered how the series might have been enriched by a Tejano or Tejana writer who could have revealed the Mexican American facets of the town of Dillon. (Strangely, when a few Latino characters were introduced, the writers went to pains to establish that they were not of Mexican heritage, adding to their unrealistic and “tacked on” feeling). 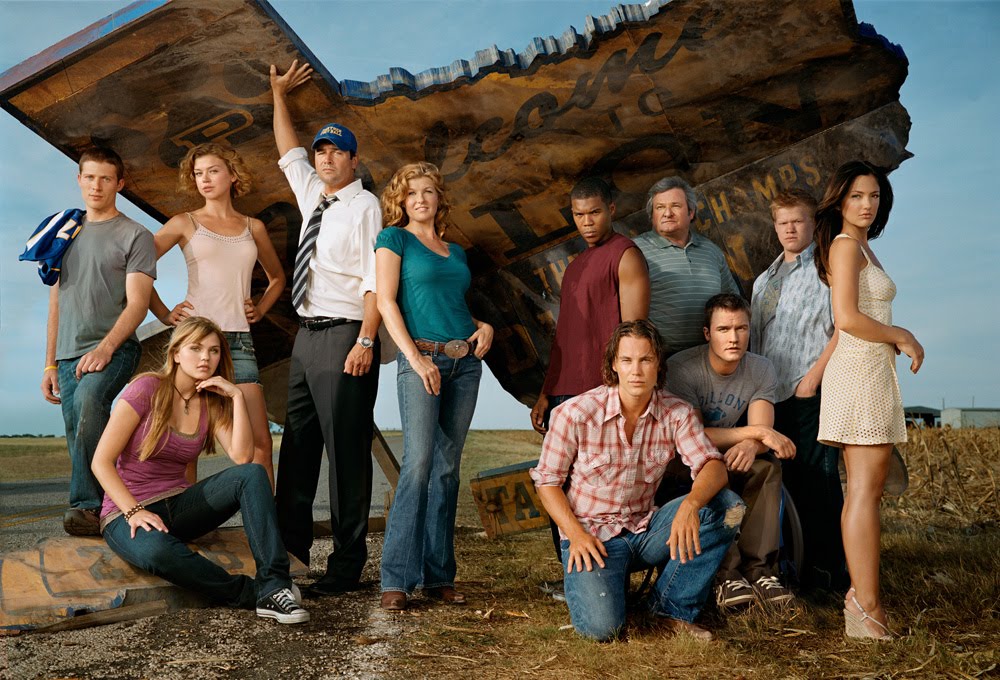 This is where I have to bring out that old saw, the need for more writers of color, given that they may have personal knowledge of potential characters and stories that white writers do not, and thus can make a unique contribution to vibrant, realistic, and compelling storytelling built around a diverse cast. Strangely, accounts point to writers of color having a harder, not easier time, finding work in television in the last few years as integrated ensemble casts are becoming the norm;4 statistics gathered by the Writers Guild of America West indicate that only 9 percent of employed television writers were non-white in 2007.5 Writers of all ethnic backgrounds, with in-depth experience or who have conducted in-depth research on a city or neighborhood also can construct true-to-life, empathetic, and narratively compelling characters that elevate a diverse ensemble cast series from one which engages in diversity window dressing to one which builds on its cast’s ethnic, class, and other diversity to entertain and educate its audience. David Simon’s experience with The Wire (2002-2008) serves an apt case in point. The creators of Lost also stand out as unique in this regard, for casting several actors of color, including Jorge Garcia and Yunjin Kim, because they found them talented and engaging, and creating roles for them that uniquely showcased their abilities.

3. Does the diversity of the cast appear natural? Given that cities and neighborhoods still are racially divided in the U.S. more often than not, giving every white lead a best friend of color without realistic explanation typically comes across as unrealistic and gimmicky. On the other hand, the right setting can offer worlds of story possibilities and interesting, believable characters of various ethnic backgrounds. (Whether these settings will appeal to advertisers is a different matter, however). The Wire and Friday Night Lights, set in Baltimore and the fictional town of Dillon, respectively, are two series that come to mind as presenting unique and engaging stories of Americans who normally are not shown in prime-time television and their interactions across race and class lines (although as mentioned above, FNL neglected its opportunity to include Mexican American characters). 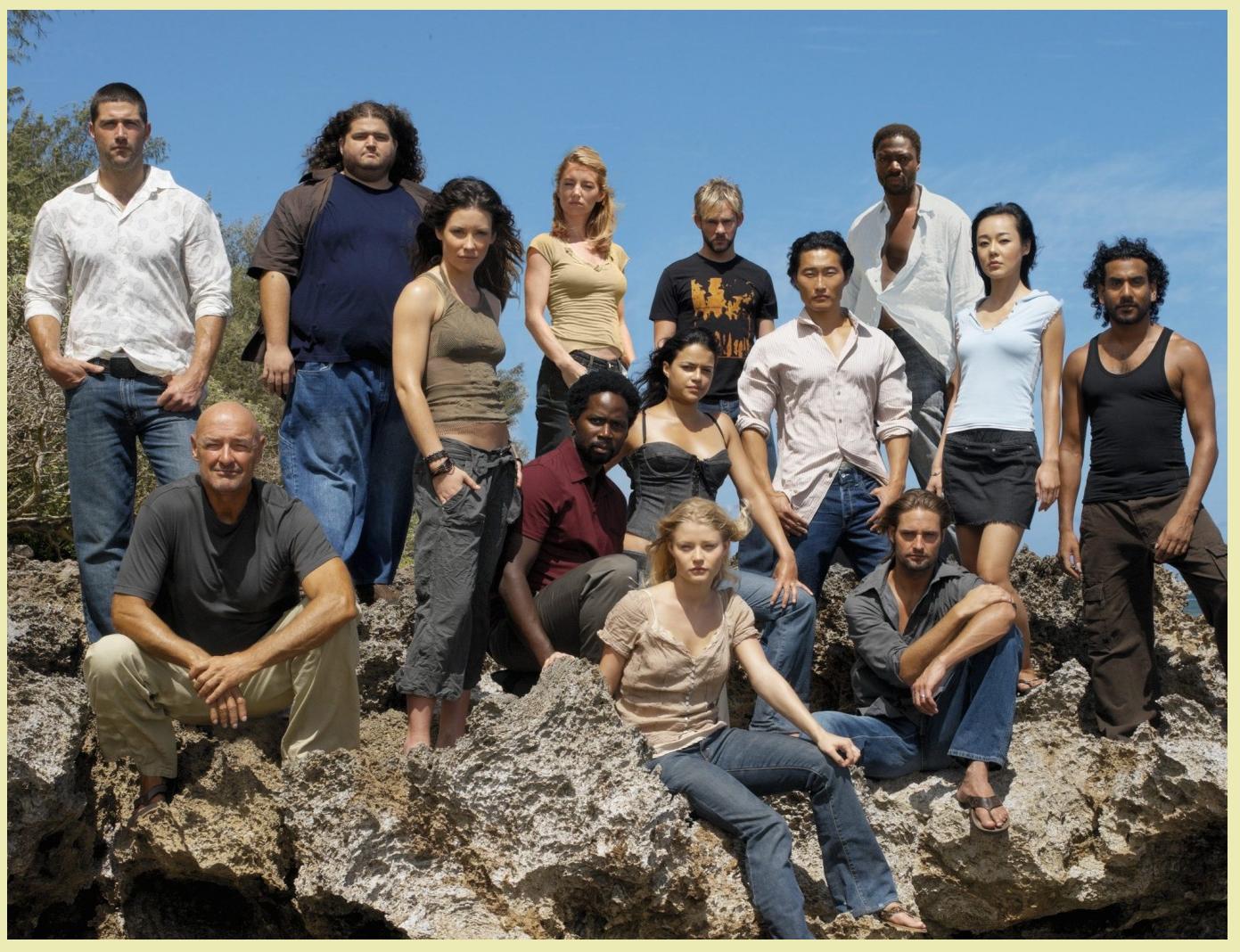 The cast of Lost, season two.

Of course, school settings and work places have long been deployed by writers as sites where individuals from diverse backgrounds might naturally interact. Community (2009+), set at a Colorado community college, has a promising premise in this regard. And Lost provides perhaps the best-case example, with its premise of a jet on an international flight that crashed on a mysterious island, forcing an international and multi-ethnic group of survivors to learn to work together and form a community.

4. Finally, do the series or film producers exploit the natural diversity of a story’s setting or subject matter? This could take the form of populating the cast in accordance with the diversity of the region or of the career the characters engage in, for example. I’m always surprised when realism-enhancing character and story possibilities – and possibilities of reaching a new audience demographic – are overlooked by producers, whether because of lack of adequate research or lack of interest. Friday Night Lights, for instance, had a prime opportunity to include Tejano (Texan Mexican American) characters of varying types among the team and townspeople, yet has largely failed to do so. Roswell (1999-2002), a science fiction drama about teen aliens in Roswell, New Mexico, went so far as to change the Latina, non-alien female lead from the novels it was based on to a white character, perhaps in the belief that this would be more appealing to white teen audiences. Again, this is a facet of media storytelling that will be enhanced by a diverse group of men and women around the writers’ table, all of whom can offer differing glimpses of the characters and stories waiting to be brought to life.