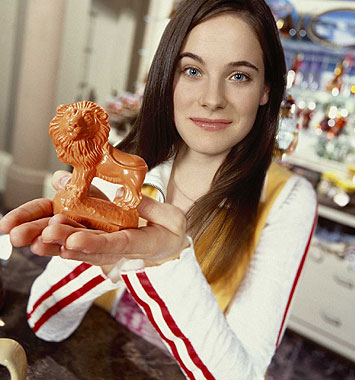 Jaye Tyler hears voices. The protagonist of the short-lived 2004 FOX series, Wonderfalls, Jaye is a twenty-four year-old graduate of Brown University, working a minimum wage job at a Niagara Falls tourist shop, when the cheap collectibles and animal figurines around her begin to open their mouths and speak. This is the fantastic premise of the show, pushed to its whimsical limit by creators Bryan Fuller and Todd Holland. Beyond the whimsy of seeing a “smooshed-face” wax lion—among others—tell Jaye what to do, however, I argue that the program can be read as doing serious work regarding the gendered negotiations of religion. This is a subject that I am personally interested in as a feminist television scholar whose personal belief system is syncretic and flexible, for I seek to analyze the ways in which religions are portrayed as closed or open—or somewhere between—on television and, in this essay, particularly on Wonderfalls.

This feminist approach borrows from both Mary Daly’s assertion in Beyond God the Father that feminists must move beyond the phallocentric language-symbol system of Christianity and Teresa de Lauretis’ postulation of feminist work in the margins. Daly writes, “The method of [religious] liberation, then, involves a castrating of language and images that reflect and perpetuate the structures of a sexist world. It castrates precisely in the sense of cutting away the phallocentric value system imposed by patriarchy.”1 In Wonderfalls, this manifests as Jaye’s refusal to label her experiences with the voices within the Christian language system, though she was brought up within it. Jaye says in the first episode, “Are you Satan? Are you God? If you don’t say anything in five seconds I’m going to assume you’re Satan. 1, 2, 3, 4—oh god, I’m a crazy person.”2 That moment of realization, played for laughs, reveals at one level that Jaye thinks she might be crazy for hearing the voices. However, the shift from direct address of Satan or God through the voices to the use of the colloquial phrase “oh god” as an interjection highlights the way in which the word has already in a sense been linguistically “castrated.” After that moment, Jaye’s questioning shifts to why they speak to her instead of who is speaking. The shift away from labels to more personal and practical connections invited by the “why?” question opens the voices to interpretation as symbols for which there could be many meanings. Meaning-making shifts from the speaker to the questioner. 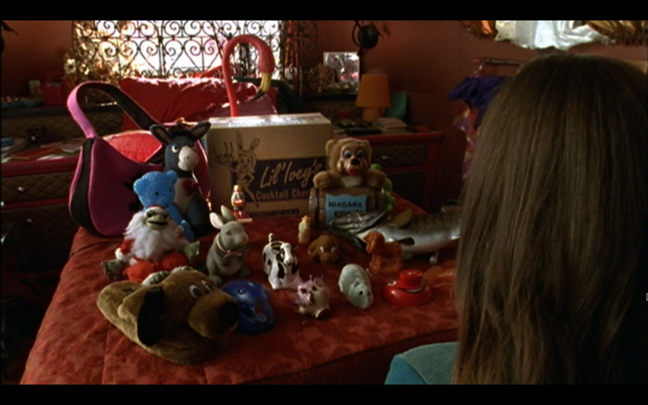 The voices speak through many objects.

Within the narrative of Wonderfalls, Jaye never gives the voices a label. Different characters at different times call them God, Satan, figments of Jaye’s psyche, or spirits. Jaye refers to them always in pronouns—you, they, them, but rarely it—and the credits label them “muses.” Jaye explains her position: “I believe in something, sort of, and it does talk to me and may actually be God, but has never said so specifically [. . . ]They sometimes keep me up all night [. . .] I don’t even know what they are. However, I do know they talk—or something talks through them.”3 The thrust of Jaye’s monologue is not what is doing the talking but how the talking affects her, bracketed by indeterminate hedging on the matter of who or what. This keeps the possibilities of meaning open for Jaye and for the viewer.

Her movement away from a religious system of language and symbols also reflects de Lauretis’ assertion that women and feminists move within the “space-off [. . .] spaces in the margins of hegemonic discourses, social spaces carved in the interstices of institutions and in the chinks and cracks of the power-knowledge apparati.”4 Jaye not only speaks in willfully indeterminate terms of the voices but she also positions herself—and moves the voices—to the margins of the capitalist system. Jaye chooses to move within the “space-off” of capitalism by working a minimum wage job, living in a trailer park, and stealing the tchotchkes through which the voices speak. Her movement to the margins of the capitalist system, however, is part of her wider movement in that “space-off” that I find most provocative in terms of religion. 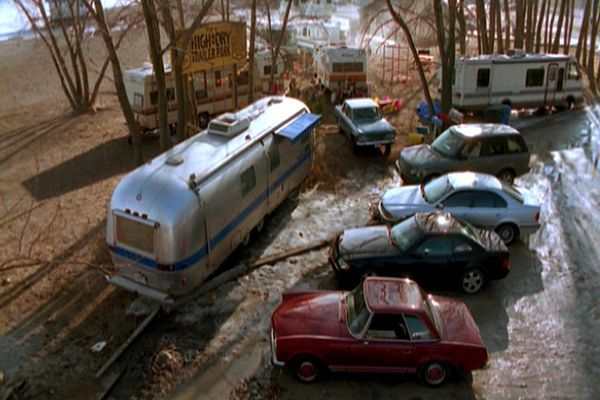 Jaye’s home at the High and Dry Trailer Park

Jaye exists within the hesitancy of the fantastic, defined by Tzvetan Todorov as the uncertainty between two explanations of a fantastic experience for characters within fiction: an uncanny illusion of the senses or an affirmation of the marvelous unknown.5 Jaye’s position in the “space-off,” however, draws power from this position of hesitancy as it fits into the marginal worldview. The “space-off” allows for shifting power from the two possible outcomes of the fantastic event of hearing voices—insanity or God, both of which would give power to who or what is speaking—to the one who experiences the event. Within the moment of hesitancy, all possibilities are open. Jaye’s refusal to move away from the fantastic by labeling the voices or the experience within a known language-symbol system sustains the possibilities of both the uncanny and the marvelous explanations. Jaye has the power to choose either or to maintain her fantastic position with the openness of both. 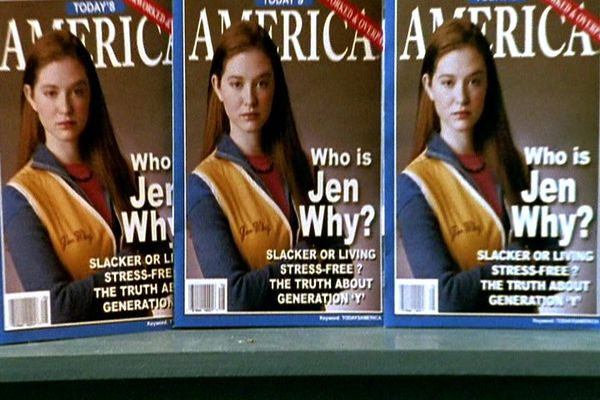 Bianca as Jaye as “Jen Why?”

Jaye has the power to open religious space for young feminists because the show explicitly creates her—and allows her to create herself—as a metonymic symbol for Generation Y. In “Karma Chameleon,” Jaye discovers herself the subject of a young journalist’s investigative article about Generation Y. By the directive of the voice of that week, a plush chameleon, Jaye writes the article herself but submits it under the name of the young journalist, Bianca Knowles. Bianca dresses as Jaye and is pictured on the magazine cover, advertising “The Truth About Generation ‘Y’.” Through this mutual appropriation of identity—Jaye writes as Bianca and Bianca dresses as Jaye—Jaye becomes the arbiter of the truth of Gen Y. Jaye’s significance, thus, expands to the wider world not only within the text but also outside of it. By giving Jaye that mantle within the text, the writers draw attention to Jaye’s possible role as symbol outside the text. She can be “Jen Why?” for both the text and the world which it resembles—the world of the audience.

As the symbol for a generation of young women, Jaye perhaps creates a new path for feminist religion on television: maintaining the openness of the fantastic hesitancy and embracing the pragmatic power of religion by paradoxically refusing to use religious labels. She can work toward a castration of phallocentric language systems while refusing to reify her position either against that system or within a new system. In this, Wonderfalls may provide a new way of looking at religion for Generation-Y feminists.

Image Credits:
1. Jaye Tyler, holding a wax lion, the first voice
2. The voices speak through many objects.
3. Jaye’s home at the High and Dry Trailer Park
4. Bianca as Jaye as “Jen Why?”