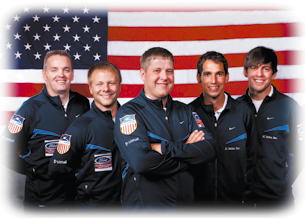 Aside from catching obligatory highlight reels on the evening news, I had never really paid much attention to the Olympic Games in my life up until this year. But this past winter, looking for any excuse to avoid writing my dissertation, I tuned into an unhealthy amount of television coverage of the 2010 Winter Olympic Games in Vancouver. I had never seen curling before I caught my first match on one of NBC’s cable networks, but by the time the men’s and women’s medal matches came around, I was checking scores on my phone, reading about the athletes online, and trying to strike up a conversation about curling with any of my friends who would tolerate it. But why? What made me so crazy in such a short amount of time for this relatively little-known sport? And the bigger question: what made so many Americans crazy for curling?

My answer to this question is simple. Curling has enjoyed recent growth in the U.S. in part because it received a lot of airtime during the 2010 Games, and also because media coverage of curling emphasized the sport’s accessibility. Curling was portrayed as a sport mastered by average Joes, not the products of elite physical conditioning and expensive training from an early age, and it is the only sport in which audiences could conceivably see themselves fulfilling their Olympic dreams someday. Television coverage made us all feel like we could curl, like we could bend the stone the way U.S. men’s team captain John Shuster did. 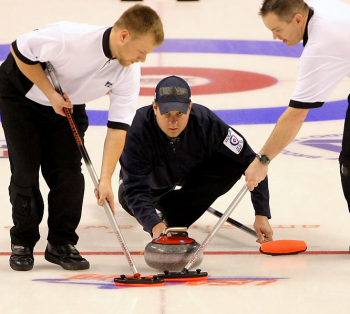 The sport of curling has officially been a medal event since the 1998 Winter Olympics in Nagano. An ancient Scottish sport, curling involves sliding heavy stones across a sheet of ice to a target of concentric circles called the “house.” Similar to shuffleboard, teams alternate sliding stones to eventually land as many stones as possible closest to the center of the house. Other members on a team can brush the ice with special brooms in the path of a sliding stone to affect its direction or speed, and this frantic sweeping action is often the butt of jokes in media coverage of the sport.

Participation in curling has grown steadily in recent decades and has seen considerable jumps in the wakes of the 2002, 2006, and 2010 Games. In 2002, there were 10,805 curlers in the U.S. Curling Association. By 2006, the sport had grown 12%, and by 2009 the sport grew another 14% to 13,684 curlers. Another growth spurt of about 1,000 curlers is expected for 2010, according to Terry Kolesar, Director of Communications for the U.S. Curling Association. Kolesar attributes much of the sport’s growth in the U.S. to the ample media coverage it has received on cable networks during Olympic Games, sometimes as much as nine hours a day. She points out that the sport is growing in popularity with youth and that the U.S. Curling Association has received perhaps the greatest number of calls and e-mails about starting curling clubs from individuals in the American South1

Olympians are the finest examples of athletic achievement—in top physical condition, trained from very early ages, aided by cutting edge technology and nutrition, and often dedicated full-time to their training. A look at Olympic curlers paints a somewhat different picture. I should say first that curlers are very much top athletes in a sport that is deceptively difficult and physically demanding, but a casual glance reveals that curlers are young and old, fit and chubby. Most of the U.S. men’s and women’s team members have day jobs—as teachers, systems administrators, bartenders—and do not enjoy the tournament payouts or high-dollar endorsement deals that other Winter Olympians earn leading up to the Games or after. In essence, curling is a sport nearly anyone can do, and from the looks of it, one could be an Olympian if they just practiced.

Media coverage reinforced this notion. A Colbert Report segment poked fun at curling when Stephen Colbert attempted to try out for the U.S. men’s team. In the segment, Colbert asks captain John Shuster if he could touch his toes, which he replied that he could not. Holding back a smile, Colbert then pointed out to Shuster that he was an Olympic athlete, suggesting that the athleticism required of curlers does not square with the elite physical image of the typical Olympic athlete. Also in the segment, a member of the men’s team challenges Colbert to land his first stone in the house, doubting he can do it. Sure enough, Colbert gets it into the house, winning the bet. This further suggests that curling can be picked up rather easily, a game in which even first timers can find success.

A Simpsons episode about the 2010 Olympics also focused on curling. Homer and Marge take up mixed doubles curling as a new alternative to date night, and Homer points out that the sport is perfect for the both of them because it combines two activities Homer and Marge are respectively good at: bowling and sweeping. Because the skills are familiar—house cleaning and bowling—the Simpsons find success with curling, and the message conveyed to the audience is that anyone can play this sport, even Homer Simpson.

A fair amount of kitsch surrounded curling during the Games as well, and social media helped to further increase the sport’s visibility to younger audiences. Norway’s men’s team sported colorful harlequin pants, breaking the tradition of otherwise dark colored slacks worn by curlers in competition. The pants spurred many humorous news and morning show segments, and a Facebook fan page dedicated to the pants surfaced. During the Olympics, the pants had nearly half a million fans on Facebook, and today they have more than 630,000 fans. 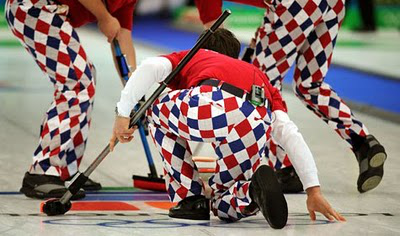 Most of us will never be Olympians, not even Olympic curlers. But what the television coverage of curling showed us this past winter is that it is a sport we should try. If you were not on the slopes at a very young age, training every day of the week and consulting the best nutritionists and trainers in the world, you have no chance now to be a world class alpine skier. But many of the Olympic curlers picked up the sport only a decade ago, and they manage to have full-time jobs and families while still training on the side. Curling also requires no snowy mountains or specialized sledding courses, but just a sheet of ice. Thus, anywhere there is an indoor ice rink, there can be a curling club, which makes this sport even more accessible to people in warmer climates. It is truly an accessible sport for all ages, body types, incomes, and occupations, and the most important thing about this past winter’s Olympic coverage is that this message was conveyed to viewers. I don’t know about you, but I’m looking forward to the 2014 Games in Sochi, perhaps as an Olympian.