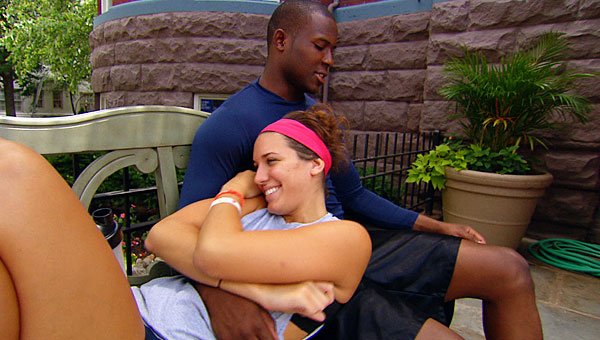 Ty and Emily Early in Their Relationship

MTV recently finished airing The Real World, DC, the twenty-third season of this long-running reality series. This past season, Ty, an African American from Baltimore, and Emily, a white roommate from Columbia, Missouri, became the series first interracial heterosexual couple. The Real World previously captured a few interracial one-night stands between roommates and people outside the house, and season three occasionally portrayed the courtship and engagement of Pedro Zamora and Sean Sasser, an interracial gay couple, although Sean was not part of the cast. The relationship between Emily and Ty is unique because both were members of the cast and had an ongoing relationship.

The romance, which is part of a larger post-racial project on The Real World where race no longer matters in an integrated world, is representative of a third era of race relations on the series. During the Clinton presidency, The Real World focused on defining country conservative roommates as racists and then on the urban African Americans who teach these country hicks the errors of their ways, in the process transforming the rural roommates into hip, urban liberals free of any racism and in line with MTV’s then liberal brand. In the early 2000s, The Real World turned its attention to multiracial roommates with one black and one white parent. Here MTV transitioned out of its liberal brand and courted viewers across the political spectrum, a move the channel had to make to stay relevant after the election of George W. Bush and the terrorist attacks of 9/11. The Real World tapped into the liberal beliefs (i.e., multiracialism could help dismantle America’s racist past) and conservative notions (i.e., multiracialism was a neoliberal project of racial self-management in opposition to African American civil rights initiatives) present in multiracial activism at the time to win over viewers of various political backgrounds.1 Since the election of President Barack Obama, The Real World has presented race as inconsequential, as an afterthought in an integrated world. In the 2009 season set in Cancun, the roommates were multiracial, black, white, and Latina. Aside from the roommates identifying their races in the premiere, they never mentioned race again.

The romance between Emily and Ty on the DC season fits into the series’ new post-racial representations, and producers probably cast the roommates with a possible interracial romance in mind. Ty was in the process of ending a long-term relationship with a white woman, and Emily preferred to date black men (or women of any race). Moreover, producers selected Ty and Emily, two atheists, to live with a good number of religious roommates. Finally, the two were alpha dog athletes who spent a great deal of time in the gym. The Real World, DC seems almost like a blind date set up for the two roommates. Explicit mentions of race occur infrequently in this season. Ty and Emily appear as an average couple who happen to come from different races. 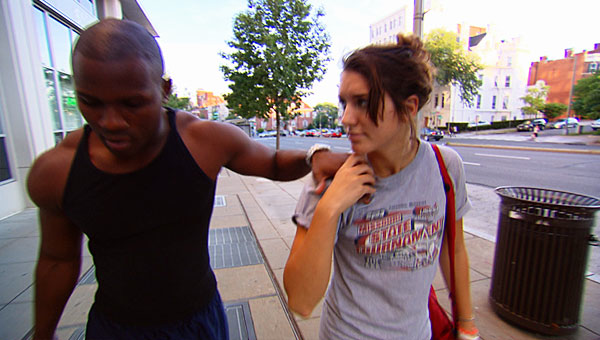 Ty and Emily Bonding on Their Way Home from the Gym

As it defines Ty and Emily as atheist hipsters and dedicated athletes, The Real World provides troubling assumptions about blackness by positioning Ty as a threat to whiteness. Here race matters, even though the post racialism in the series claims it does not. In an episode from early in the season, the roommates go to a restaurant and discuss religion. Ty angrily pursues the issue with Mike, a devoted Christian who is white, and becomes so irate that Emily tries to quiet him, fearing Ty could physically harm Mike. Eventually Ashley, a religious white roommate who is on good terms with Ty, escorts him to the street and begs him to stop mocking people’s religious beliefs. Here, Ty’s atheism threatens the spiritual, emotional, and physical well being of the other white roommates, while Emily accepts the spiritual beliefs of the other roommates, even though she does not agree with them. 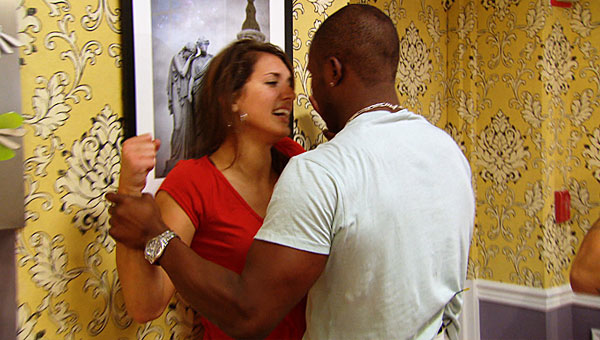 A Typical Sexualized Fight Between Ty and Emily

The narrative of The Real World, DC also presents Ty’s physicality as a threat to whiteness. The early episodes devote time to Ty and Emily lifting weights, boxing, and wrestling. After Ty and Emily flirtatiously fight each other, a common occurrence early in the season, they and the other roommates mention the sexual nature of these bouts. The Real World later positions Ty as a physical threat to Emily when she wants to stop Josh, another roommate, before he cheats on his girlfriend with a woman he brought back to their house. Ty forcefully blocks Emily from doing so, noting with anger that he will not let her pass him and ruin Josh’s night. From that point on, the season predominantly cuts off Ty from confessionals and focuses on confessionals from Emily, where she notes her fears of Ty becoming genuinely violent towards her. Shortly after Emily ends the relationship because of her conflict with Ty over Josh, the other roommates confront Ty for having a drinking problem when he throws Andrew, a white roommate, off the house’s front porch after a night of drinking. An interesting dynamic develops when the male roommates, Andrew included, dismiss the incident as drunken stupidity and continually encourage Ty to drink, although in moderation. The white female roommates still insist that Ty is a threat to them, especially when drunk. 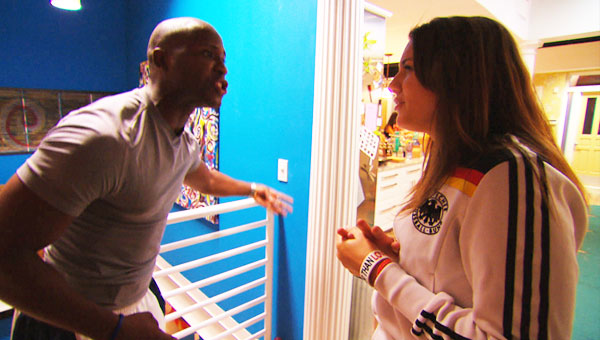 Ty’s threat to white femininity occurs again late in the season when he, Andrew, and Josh, a multiracial roommate, attend a wedding for one of Josh’s relatives. The episode spends an unusual amount of time focusing on Ty making sexual advances towards Josh’s white mother, a taboo so great that it has garnered its own vulgar phrase in the English language. Eventually Josh protects his mom from Ty in the episode. While Ty’s physicality comes off as being attractive to Emily early in the season, it eventually becomes destructive to all white women. 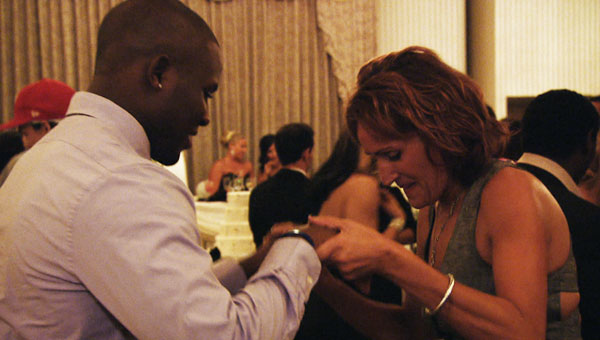 This is a troubling portrait of The Real World’s new post racialism, one that even departs from the integrated utopia where race no longer matters in the racially diverse cast of The Real World, Cancun. While Josh on the DC season is multiracial, the six other roommates are white. The season presents Ty as posing a threat to them, even though no one explicitly brings up his race when they mention his danger. It is hard not to see the post-racial world on the DC season as a nostalgic fantasy of blackness’ threat to a white America, especially since the season is set in America’s capital. Although race doesn’t matter in the way the series initially portrays the romance of Ty and Emily, race becomes important as Ty becomes a threat to Emily, the other roommates (especially white women), and white moms.
In this sense, scholars interested in reality TV and race need to be skeptical of series that promise a post-racial world. We need to interrogate structures of power and race on TV series that want to disavow any racial discord in America.

Image Credits:
1. Ty and Emily Early in Their Relationship
2. Ty and Emily Bonding on Their Way Home from the Gym
3. A Typical Sexualized Fight Between Ty and Emily
4. Ty Angrily Blocking Emily from Stopping Josh’s One-Night Stand
5. Ty Hitting on Josh’s Mom