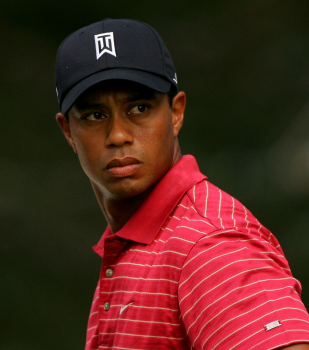 In the end, it proved impossible to ignore. I had hoped to write my final Flow contribution focusing on the media-hype surrounding John Terry’s national team disrupting assignations, or even Tim Tebow’s representation as the poster child of the new Christian right. However, the half-life of each of these hot topics proved short, as they soon became submerged within the perpetual clutter of the sport media landscape. Of course, one sensationalist scandal has remained atop the pile of sport media detritus. Try as I might to avoid it, I kept being pulled back to the mass media’s response to Tiger Woods’ epiphanic automobile accident, and attendant facial lacerations, which ultimately lifted the lid on his “double life”.1

Understandably, the media chatter came to a crescendo during what were Woods’ first steps in what is likely to be an interminable, never-ending road to redemption: his return to the PGA golf circuit with his recent appearance at the 2010 Master’s Tournament at Augusta, GA.

One can only imagine the glee felt by CBS television executives at Wood’s decision to choose the 2010 Masters’ as the occasion and venue for his deliverance from the sexual addiction wilderness. In more routine circumstances, Wood’s presence in a tournament guarantees elevated television audience ratings as compared to the sans Woods condition. Thereby, in such times of tabloidic hyperscrutiny, one could have anticipated the mass media-cultivated and salacious inquisitiveness of the global viewing public to draw them in record numbers to this most pornographic of sporting moments. Such expectations were confirmed by television ratings up 43% on the opening day of coverage on ESPN, culminating in a 36% rise in CBS’ final day broadcast.2 There are, of course, numerous issues of interest and relevance which arise from the whole Woods’ scenario, however, I have chosen to focus on one; something about the workings of the promotional media complex that is at best naive, and at worst wholly disingenuous.3 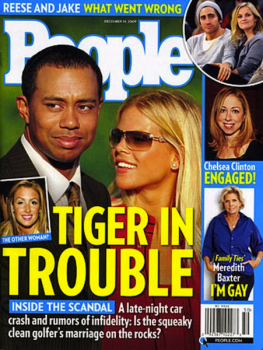 Much of the post-revelation Woods’ circus would seem to have been fuelled by a media disgruntlement (which rapidly transformed into avaricious glee) that this most iconic of American, and indeed global, sporting figures had failed to live up to the public Tiger persona carefully constructed by his image management team over the preceding fourteen years or so. He was living this “double life” which pitted inauthentic “good Tiger” against what was subsequently revealed to be the authentic “bad Tiger.”  Of course, the logic of such responses are rooted in the hack journalistic practice of looking to craft a story through the mobilization of simplistic binaries. Furthermore, it reveals a willing and strategic deceit regarding the workings of the contemporary celebrity media complex, of which journalists are such an integral part. As Whannel insightfully noted, “The comparison of image and reality, of represented star and real person becomes problematic when all we are dealing with is layer upon layer of mediation…Meanings emerge precisely from the representational practices of the media, and not simply from the inherent characteristics of the star represented”.4 With far too few exceptions, those writing within the various platforms (television, newspaper, magazine, web) of the sport media are little more than ancillary purveyors, and de facto authenticators, of commercially conceived imaged identities.

With the case of Woods, he was presented, and represented, to the global media audience via a series of television advertisements (for Nike, American Express, Gillette etc.) which nurtured a seemingly engaging–initially progressive yet increasingly banal–public persona through which Woods was able to safeguard his own identity (whatever that may have been). 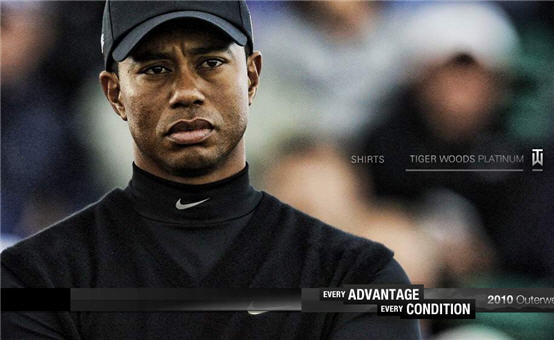 As John Feinstein noted, he became “The Invisible Man” who hid behind the “non-stop image crafting being done by Tiger and his managers at IMG”.5 Or, in Bissinger’s terms:

In an age of constant gotcha and exposure, he had always been the bionic man in
terms of personality, controlling to a fault and controlled to a fault, smiling with
humility and showing those pearly white teeth in victory or defeat, sui generis in the world of pro golf, where even fellow pros and other insiders didn’t really know him, because he didn’t want anybody to know him. With Woods, everything was crafted to produce a man of nothing, with no interior—non-threatening and non-controversial.6

While his star was in the ascendancy, it suited the other domains of the commercial media to enthusiastically corroborate this heavily sanitized imaged orthodoxy. Counter narratives may have periodically arisen, but they were routinely dismissed and/or ignored under the welter of the established Woods logic. Thus, uncritical Tiger fetishizations abounded within the commercial media until, of course, the established script was so rudely interrupted. Only at this point was the contrivance and insincerity of Woods’ imaged identity revealed. Subsequently (and perversely given the recent dissection of celebrity manufacture), we have witnessed an attempt to establish either the new authentic and sincere Tiger through restricted and highly orchestrated media performances (one of which is surely to be an appearance in the last throes of The Oprah Winfrey Show; that most visible of celebrity confessionals?), or the depths of sexual depravity of the real Tiger (as revealed by the in-depth investigations of the salacious and parasitic tabloid media).

Perhaps the strangest example of Woods’ representational strategies has been a recent Nike ad featuring a monochrome image of a suitably somber-looking Tiger Woods, whose late father, Earl, voices a pathway to redemption through self-examination. Whether successful or not, through such initiatives, the commercial media looks to encourage a willing suspension of disbelief in celebrity artifice, as the mechanism for engaging and seducing the consuming populace. 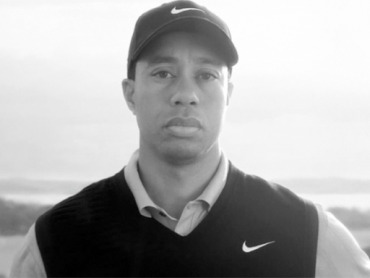 However, as if the workings of the celebrity-obsessed sport media complex were not sufficiently transparent, one only has to look to the end of 2010 Masters tournament. Framing the visually obtrusive yet compelling intimacy of winner Phil Mickelson’s tearful embrace of his wife, Amy–herself in the midst of a much publicised struggle against breast cancer–CBS commentator Jim Nantz opined, “That’s a win for the family”. This proved a catalyzing moment in the doubtless much anticipated and rehearsed anointing of Mickelson as the socially and morally upright anti-Tiger, and seeming embodiment of middle America’s affective and ideological sensibilities.7 Of course, it matters little if Mickelson is indeed a suitable candidate for such populist adulation, lest we forget that sport celebrities are “spectacular representations of living human beings”.8 They are no more nor less than (sometimes) compelling fictive illusions. 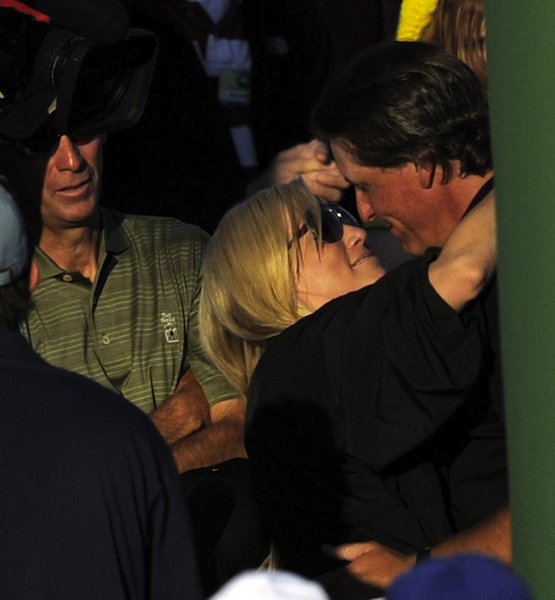