The Olympic Games and the Politicization of Everyday Life
David L. Andrews / University of Maryland

Much has been written about the politicization of the modern sporting mega-event, and with considerable justification.  Looking specifically at the Olympic Games–from de Coubertin’s distinctly Eurocentric and masculinist inaugural modern Olympiad in 1896 Athens, through the Third Reich’s Berlin Olympic maneuvers of 1936, the 1968 Mexico games brutally sanitized by the Díaz Ordaz regime, to the scrupulously choreographed spectacle of Beijing 2008–there exists an incontrovertible history of ruling elites looking to use the very delivery of the games as a seductive mechanism for legitimating systems and practices of governance to internal and external audiences alike.

Notwithstanding the Chinese state capitalist 2008 Beijing Olympiad, it would seem that the most overtly politicized Olympiad of recent times was the 2002 Salt Lake City Winter Olympic Games.  While on the surface this would appear to be the case, it could be argued that every contemporary Olympic Games, and indeed other commercially mass-mediated sporting mega-events, are implicated in the tacit politicization of everyday life.  They are, in Debord’s terms, monumental spectacles responsible for informing the political economy of the vernacular. 1

Coming a few months after the attacks of September 11, 2001, and in a complementary vein to the delayed Super Bowl XXXVI which was rescheduled for the same week as the Games’ opening, the Salt Lake City Olympics provided an emotive context for the ceremonial performance of the United States’ wounded but nonetheless newly energized nationalism.  Doubtless scripted as a justification for its contemporaneous (Afghanistan) and future (Iraq) military incursions that were, initially at least, publicly trumpeted as seeking to right the wrongs of that “one day in September”.2 Of course, the Salt Lake City opening and closing ceremonies provide an illustrative example of the convergence of sport and politics.  However, it would be remiss not to acknowledge the role of the U.S. television broadcaster, NBC, in the delivery and indeed politicization of this and other recent Olympics.  As the host broadcaster, NBC played a key role in, quite literally, representing the Salt Lake City Games to the worldwide viewing public.  However, its narrativizing of the post-September 11 Olympic spectacle to the American public evidenced the role played by the commercial media in corroborating the political sensibilities and machinations of the moment.  That is not to say NBC, or any other commercial national network broadcaster for that matter, necessarily possesses an identifiable and consistent political orientation.  Rather, by their very raison d’etre, commercial broadcasters are compelled to seek the maximum possible audience for their corporate advertisers which, whether consciously or otherwise, thereby guides production decisions and content.  In order to produce programming with a broad-based appeal and thereby commercial value, network broadcasters thus have to be closely attuned to the “mattering maps” of the national audience at any given time: the “socially determined structure of affect which defines the things that do and can matter to those living within the map.” 3

Attention to contemporary cartographies of affect were clearly evident within NBC’s coverage of the Salt Lake City Games.  With specific regard to the all important primetime network broadcasts, the carefully scripted words of Katie Couric, Bob Costas et al, myriad background features, and the overall production aesthetic and orientation, framed the Games in a manner which both engaged, and simultaneously advanced, the then ascendant ideological tropes of “American jingoism, militarism, and geopolitical domination.” 4   Largely as a by product of its commercial impulses, as opposed to any conspiratorial political machinations, NBC’s Olympic representation could thereby be said to have acted as a de facto corroboration of the affective investments in the subject positions advanced by the Bush regime (i.e. those of the uncritical and unquestioning American patriot) in securing its position of authority and justifying its hawkish stratagems.  As a consequence, NBC’s Olympic coverage became a seductive agent of popular conservatism, in that its affectively-charged coverage of the games actively reinforced, and mobilized popular support for, the ideological underpinnings of America’s ascendant militaristic and neo-imperialistic order. 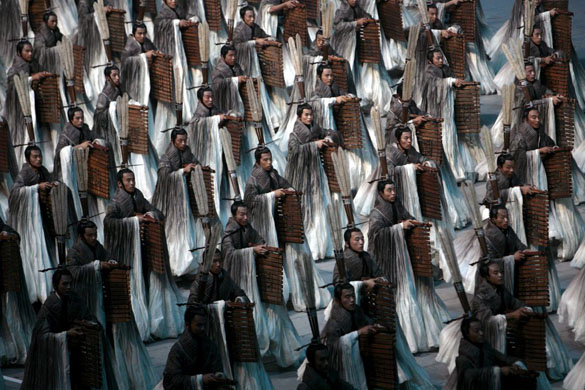 The argument herein centers on the notion that national network sport broadcasters contribute to the politicization of everyday life, however, they do so in a manner which belies an ideological promiscuity resulting from the primacy of commercial logics.  In this vein, NBC’s coverage of the 2008 Beijing Olympics confirmed the popular conservatism of network broadcasters, through coverage which to some degree afforded an unstated legitimacy to China’s blend of state socialism and market capitalism.  For, if they had chosen to do so, NBC could have used the Beijing Olympics as the catalyst for a considered examination of the Chinese state, with specific references to its well scrutinized economic policies, political organization, and human and civil rights record.  Of course such a contextualizing of the Beijing Games on network television is all but unthinkable.  While it would placate a minority who long protested the awarding of the games to China, it would doubtless extinguish the interests of the vast viewing majority looking to NBC for its established blend of sporting performance and soap opera melodrama.

Hence, from the choreographed televisual magnitude of Zhang Yimou’s opening spectacular, through the remainder of the games, NBC pad scant attention to extra-sporting issues, preferring instead to celebrate the spectacular nature of Beijing 2008, in seemingly equal measure regarding its phantasmagorical built environment (specifically the instantly iconic bird’s nest and water cube stadia) and the superhuman feats of those performing within it (specifically Usain Bolt and Michael Phelps).

What of the forthcoming 2010 Vancouver Winter Olympics?  In a moment charactered by prolonged healthcare indecision, enduring military sacrifice, purported economic recovery, and attendant Presidential vulnerability, one could expect NBC to use the Vancouver Games as a 17-day dramatic and entertaining escape from America’s woes. 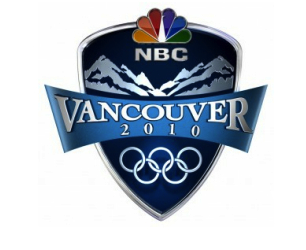 Doubtless this is Dick Ebersol and the rest of the NBC Universal production team’s brief.  Nonetheless, even within the throes of Olympic escapism, one is never far from the affective investments responsible for the rightward shift in American life over the past 40 years.  Uppermost among these is the preoccupation with abstracted individualism associated with the instantiation of roll-with-it neo-liberalization. 5   Thus, every one of the interminable narrative focuses on individual Olympic athletes’ lives–their trials and tribulations, strengths and weaknesses, failings and redemptions–as a means of representing sporting contests and competitions, inexorably accents the neo-liberal individualism whose hegemonic position has stymied the development of the collective conscience necessary for the realization of a true American democracy.  So much for the liberal [sport] media.