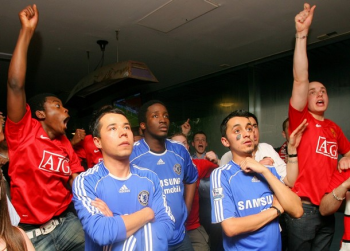 A less than wise, if well-travelled, Chelsea supporting acquaintance once confided in me that it was simply impossible to exist in a conscious state on this planet for more than a day, without being confronted by an individual wearing a Manchester United shirt.1 Such was the global reach and presence of this most polarizing of football institutions. My response to this observation was quite simple. While it may be an accurate depiction of cultural formations within some parts of the world, it simply did not hold true within the U.S., which was a largely Manchester United and English football-free zone. However, and as is frequently the case, at some point we awake to find our most oft-repeated aphorisms confounded by the realities of our current existence. 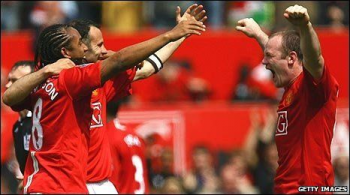 From one vantage point, this discernible cultural trend can be attributed to the success of the EPL in globalizing the brand (and its sub-brands, i.e. individual teams and players), through its dissemination as a globally ubiquitous material commodity and mediated spectacle. However, I would also suggest that there is something else propelling the growing popularity of the EPL within the U.S. sporting context. In an America that, for the moment at least, occupies the position and influence as the commercial, economic, and political fulcrum of the global late capitalist order, it is possible to discern a palpable sense of disaffection displayed by some towards the hyper-commercial order of things. Of course I could be accused of exaggerating the American public’s renunciation of consumer capitalism, and such an observation may be more rooted in my own wishful thinking than any unassailable empirical grounding. However, if a late capitalist malaise exists anywhere, then I would suggest it is discernible within specific reactions to what neo-Marcusian Ian Macdonald insightfully characterized as “one-dimensional sport.”2

The burgeoning EPL insurgency among certain segments of the American sporting public can thus be construed as stemming from a yearning for an alternative to the hyper-mediated and hyper-commercialized logics that have enveloped U.S. professional sport culture. Such an observation is rooted in an unlikely source: Richard Hoggart’s The Uses of Literacy. Hoggart famously trained his unique blend of literary and anthropological humanism on the post-war commercializing cultures of northern English urban working class communities. Five decades later, and on the other side of the Atlantic, within their literal and figurative homeland, the Americanized and Americanizing popular culture industries that Hoggart wistfully depicted as disassembling the organic urban working class culture of his youth, are perhaps beginning to fray at the edges, if not wholly disassemble. America’s EPL fans are the late capitalist iterations of Richard Hoggart’s “juke-box boys”, whose ambivalence toward the everyday practices and institutions of his northern English urban working class, stirred Hoggart’s wistful and nostalgic resentment toward the popular culture industries that flooded Britain during the 1950s. The “juke-box boys”, and specifically their “American slouch”, created such ire because they were the embodied expressions of a commercial culture that was disassembling the organic urban working class culture (the institutions, practices, and values) of Hoggart’s youth, through their brazen championing of the new consumptive order. Conversely, in their very species-being, contemporary America’s football shirt boys and girls express an embodied problematizing of the extension of that very same consumptive order into the world of sport.3

This is, of course, both a grandiose and essentializing claim, however unlike Hoggart’s characterization of the “juke-box boys” (which has been criticized for his failure to actually engage the subjects of his censorious gaze), my brazenly un-scientific analysis is informed by what has become a compulsion to discover the “reasons” for the shirt, even in the most inopportune of circumstances.

Manchester United fans celebrate their ticket to Moscow at Nevada Smiths (NYC), arguably the best football pub in the USA.

In general, today’s market savvy sport consumers are contentedly resigned to their role within the domineering sport-media-entertainment industrial complex, and indeed the nature of its spectacularized entertainment and profit-oriented products. However, some are not. The sporting turn to the EPL catalyzes a growing disenchantment felt by some toward corporatized sport forms driven primarily by commercial rationalities and logics as, opposed to sporting contingencies. The allure of the EPL to this constituency is simple. To many disillusioned American sport fans, it encapsulates everything that the National Football League, Major League Baseball, the National Basketball Association, and the National Hockey League are not: It is considered to be a historically-grounded, and thereby authentic, sport league rooted in the fervour and commitment of team supporters, and facilitated by a immediate and organic link between team and the communities in which they are located. Thus, in Hoggart’s terms, the wearing of an EPL shirt signifies a disavowal of the “American slouch”, and the exhibition of an “English fervour“ that proclaims an affiliation to a somehow pre-commercial sporting intensity and authenticity. Following this logic, within the American context football hooliganism is routinely understood – and to some degree indulged – as little more than the exuberant expression of the EPL’s authentic sporting communitas. This English football romanticism can be the only explanation for the emergence of hooligan-exploitation movies typified by the disturbingly unconvincing Green Street Hooligans (2005). 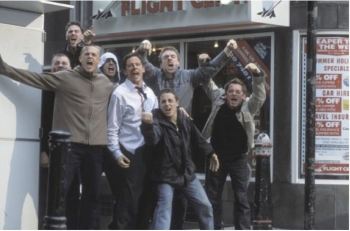 The idealizing of English football culture as a somehow more genuine and legitimate sporting space, belies the deficiencies of the American model. To paraphrase John Clarke, America’s EPL fans are drawn in the spectacular discovery of authentic sporting community; something perceived as missing within the American sporting context, wherein popular fervour and unwavering commitment have been replaced by corporate and consumer ambivalence toward sport, as being nothing more than a leisure entertainment option.4 Of course, the discovery and experience of this authentic football communitas is largely mediated through the manner in which the EPL spectacle is represented through ESPN and Setanta coverage. In terms of the former, ESPN provide an affectively-charged simulation of EPL communitas through its spectacular game promotions, corroborating in-studio analysis, and allied broadcast commentaries.

As such, in true Baudrillardian fashion, ESPN’s EPL is pure simulation, since it is based upon “models of a real situation without origin or reality.”5 Despite carefully crafted allusions to the contrary, the contemporary EPL is every bit as corporatized and commercialized as its North American sporting equivalents. Its full title is, after all, the Barclays Premier League; demonstrating a level of corporate sponsorship that is presently untenable within the American context. Furthermore, a number of EPL teams (specifically, Arsenal, Aston Villa, Liverpool, and, yes, Manchester United) are either owned or controlled by American investors. American commercial interests have also made in-roads into the EPL, with ESPN’s securing of television rights to broadcast games on the United Kingdom’s satellite television platform from the 2009/2010 season onwards. Doubtless in response to the anti-American percolating across the English football landscape, ESPN secured the services of Wieden and Kennedy-Amsterdam, and utilized the warmly familiar voice of noted English working class character actor, Bernard Hill, in a blank parodic representation of the EPL’s default commitments and organic sporting communitas. 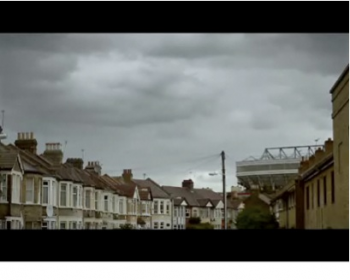 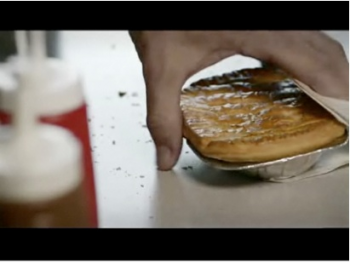 As much as anything, this promotion appears to be a diversionary tactic, taking attention away from the fact that English clubs have been transformed into rationalized and spectacularized football “brands”, designed to attract the interest and discretionary income of the plastic fans, or what Giulianotti more forgivingly described as football flâneurs. Typified by the “cool consumer spectator”, the football flâneur displays a relatively detached relationship with specific clubs, and indeed leagues, as they promiscuously share their attention across the football marketplace.6 Late sporting capitalism, whether manifest in the US or the UK, would seem to be the domain of the inauthentic and inorganic plastic fan. As such, for those looking to the EPL for “English fervour”, they may ultimately be disheartened to find the “American slouch” having already made the transatlantic crossing.