New Media is Neither New nor Media. Discuss.
David Parry / University of Texas at Dallas 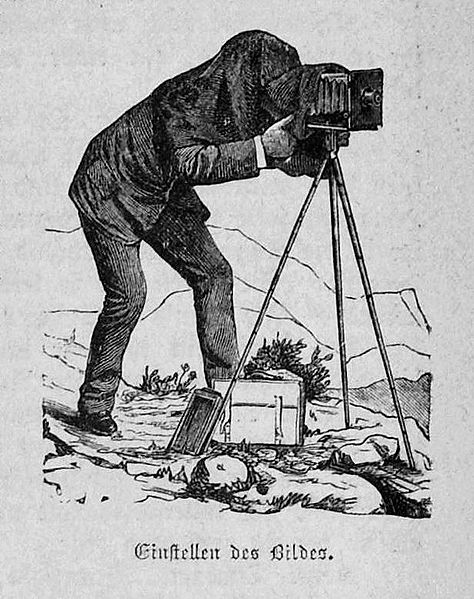 Media progresses from old to new

“Rhode Island is neither a road nor an island. Discuss.” -Mike Myers as Linda Richmond on Saturday Night Live

The problem with the term New Media is that neither term really succeeds in being adequately descriptive. This is not to suggest that there is not something significant about the shift from analog-supported media to ones whose substrate is the digital network, or that there is not something new in or at least markedly different about the shift from media which is primarily broadcast to ones which (at least for now) are more uniformly distributed. Rather, I want to suggest that both of those terms, “media,” and “new,” while perhaps descriptive in some respects, ultimately conceal more than they reveal. Thus their continued use prevents us from focusing on how this change from analog to digital is more than just a media shift.

Admittedly, the digital networked technologies which now form the basis of how we organize, create, sort, store, and distribute information constitute a medium, and thus are media, if we take the broad sense of the term, as in that which mediates, that which enables a transaction to occur, the substrate or means of conveyance. But in this regard a truck is the medium by which goods are brought to stores, and the word media is not generally used to mean vehicular transportation, even if the combustion engine driven platform is the means by which content is distributed. Media studies scholars do not say, “I study the media of Walmart trucks.” Even in the more narrow sense of communication though, “media” is not often the descriptive or preferred term. One does not often hear the term media applied to air, as in: We had a face to face conversation where the medium of communication was the air between us which allowed the sound waves to travel between participants in a oral exchange. In this respect language itself is even a technological medium, the means by which communication happens. In most ways, the term media is taken to mean a technological means by which communication happens.1 Thus a book is a medium; radio, film, television all are media. 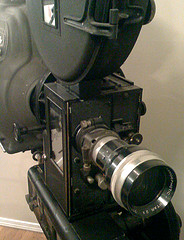 And it is in this respect that I think using the term media to talk about digital technology ends up obfuscating our understanding of the profound changes that take place as we transition, from a knowledge structure whose primary means of archivization is analog to one whose substrate is both digital and networked. The term “new media” rhetorically suggests that the internet is the next media in a lineage of technological means by which communication happens. To over simplify, the suggestion would be that first is the photograph, next is radio, followed by moving pictures (silent film), from which one gets talking moving pictures (film), leading to talking moving pictures broadly distributed (television). In some respect, this is the history that Bolter and Grusin trace in Remediation: each technological moment makes a rhetorical claim to be an improvement on the one prior, mediating and presenting the real in a more realistic manner. In this sense one can have several media operating at once; newspapers, magazines, television, film, radio are all media, mediums for content distribution. When the term “new media” is deployed, it is used in this manner to suggest that the current means of communication, the digital network, is just another moment in this lineage. Whether or not one sees this as evolutionary or revolutionary really does not matter: it is treated as part of a progression. The argument that computers will become the magical black box for the presentation of all media (the uber-medium) is just one symptom of this kind of analysis.

This “new media” view of network technologies has led to this particularly blinding line of thinking in media studies which suggests that in order to study the digital network, its social and cultural effects, it is sufficient to take standard tools of media analysis and simply “add in” a few new features to account for the newness of this “new media.” Many media scholars—and, I would suggest, many media studies programs—approach the study of digital network communication by relying on platforms used to analyze analog broadcast media. The assumption is that all one needs to do to critique “new media” is to utilize tools developed for the analysis of radio, television, and film, and update them for the 21st century. This is what I would refer to as the digital facelift model of scholarship: prior media analysis can be updated for the digital revolution (i.e., take some broadcast communication theory, add visual culture analysis, and sprinkle in some network theory and you are ready to go). The problem with this digital facelift model is that it does not recognize the profound degree to which old methods and means of media analysis in fact may be heterogenous to the object of analysis. I would propose that we are talking, here, about more than a change in media: we are talking about a rather significant shift in the substructure and organization of knowledge. (The digital facelift model is precisely the mistake the newspaper industry made in believing that they could continue distributing and presenting news in the way they always had, and all that they needed to do to accommodate the digital was transfer the medium of presentation over to the computer screen.) I am not suggesting that we throw out all media theory, or theory in general, and start over. Clearly all knowledge must build on prior knowledge, but I am suggesting that much of the way we organize our critique is an effect of prior media bias which might not hold in the next moment. When we inquire about the effects of digital technologies we are asking much more than how is the internet the new book, the new television, the new radio or the new whatever. 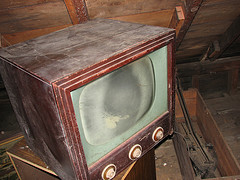 To give just one such example to demonstrate what a move away from the digital facelift model would mean, consider writing in the age of the digital networked archive. When we talk about teaching students today to write, conversations often focus on the idea of teaching students to be 21st century authors, but perhaps authorship does not apply. The author function is a particular fiction which is an outgrowth of a prior technological moment, one which perhaps is no longer appropriate in the digital network. As Foucault argues the author function is not natural but rather historical, “characteristic of the mode of existence, circulation, and functioning of certain discourses within a society.”2 Books, magazines, television and radio programs, and film all have authors, but if we begin our inquiry of “new media” by asking, “what does it mean to be an author for this ‘new media,'” we miss the way that authorship itself is heterogenous to the new archival structure. But, even more radically, I would suggest that the term writer, reader, or even wreader all present us with prior media biases, framing the current moment in terms of the one prior. So, all of the talk about the way that the internet blurs the distinction between writer and reader, or that in the 21st century we will all be writers and readers, tends to ignore the possibility that writer and reader themselves are terms that are inadequate to the task of analyzing the digital network, because writing and reading separate out the act of composition from the act of consumption in a way that is not descriptive of the type of collaborative literacy and composition that occurs in networked spaces. The digital network in this regard is not just another media in the evolution/revolution of media, but a whole new substrate underlying the way that communication is created, presented, stored, and transmitted. The very concept of media seems to me based in a conceptual model whose purchase might not apply beyond the Gutenberg Parenthesis.3 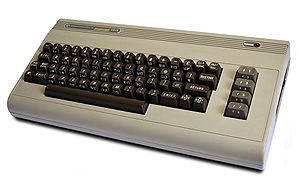 In this respect I think we need scholarship, programs, and classes which do not begin from the standpoint of understanding the digital network as a new media, something that can be just appended to the study of other media. Radio, television, and film are media, sure, but the digital network is something far more profound, far more significant, far more troubling than simply its status as a “new medium.” (Now, I realize that at this point you might be thinking that I haven’t discussed the word “new” yet. Actually, “new” is the far more problematic of the two terms — but that exploration will have to wait until my next column.)