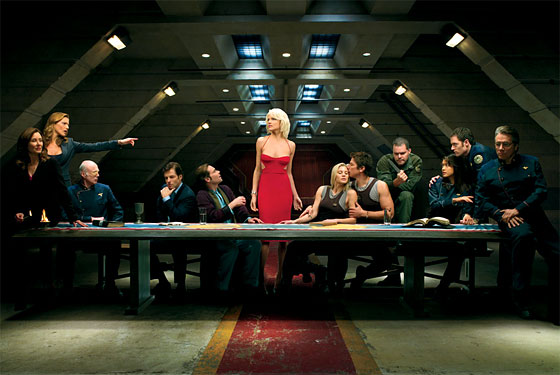 Any discussion of “quality TV” requires a disclaimer: “to notice a program’s signifiers of quality is not to assert anything about its value.”1 Robert J. Thompson provided an extended register of the term in 1996 to facilitate his discussion of television’s “second golden age,”2 but by 2008 he had to concede that the label had lost its qualitative heft: “About 12 years ago, I defined ‘quality TV’ with a list of a dozen characteristics. Now I can find a lot of shows on the air that exhibit all 12 characteristics but in the end, aren’t really all that good.”3 When critics call a show “quality TV,” they aren’t necessarily making an evaluative claim. Sarah Cardwell encourages us, instead, to think of the designation as a description of form: “to label something ‘quality television’ is more like making a generic classification: it is comparable to agreeing that a certain film is a Western.”4 Additionally, the label “quality TV” provokes a consideration of production and marketing in the late-network and post-network eras, those in which “quality demographics” overtook “least objectionable programming” as the industry’s dominate ethic.
All but inaugurating what came to be known as “quality TV,” MTM Enterprises produced such programs as The Mary Tyler Moore Show, The Bob Newhart Show, WKRP in Cincinnati, Hill Street Blues, and St. Elsewhere. 5

In Television’s Second Golden Age, Thompson highlights a hallmark of MTM quality television—the fictionalized upending of the traditional nuclear family: “The workplace family, whether it was in a police station, a hospital, or a Vermont inn, became a defining characteristic of nearly all of MTM’s subsequent series.”6 Jane Feuer writes that “for women especially, the alternatives presented were ideal ones, not depictions of the reality of work but images of a liberated existence that could be taken as a goal to strive towards.”7 These adventurous proposals for familial belonging marked a forward-thinking shift from the orthodoxies of Father Knows Best and Ozzie and Harriet. Still, while MTM may have been performing progressive politics, what interests me here is the fact that viewers of quality TV are often told that it’s okay to look for family elsewhere — that family is a choice. Perhaps that elsewhere is work or school or recreation, but it may also be towards television itself that we turn. 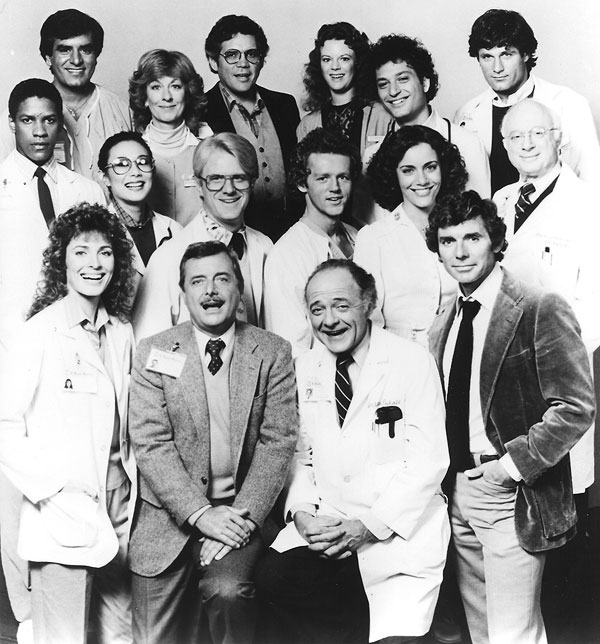 Ron Moore’s Battlestar Galactica adapts this inward gaze for the TV III era,8 widening the family’s circle to include the non-human and mechanical, or the very technologies on which the show itself depends and thrives. In 1997, David Foster Wallace suggested that TV and technology are similar in this respect: “as with television, whether we happen personally to love technology, hate it, fear it, or all three, we still look relentlessly to technology for solutions to the very problems technology seems to cause.”9 From the culturally diverse fictional characters in the workplace to the science-fictional cyborgs in space, radically conceived families are invited nightly into our homes. The representational reorganization of the family is one characteristic of many quality TV shows, and this trope has traditionally (and understandably) been understood as forward-thinking. And yet, on average, Americans watch five and a half hours of TV a day, and so I hope it’s clear that these representations are potentially generative of social and political inter-passivity , that they might represent a desire for seeing rather than being: producers’ acknowledged job is to ensure “prodigious amounts of watching,”10 and the re-ontologizing of the family to include the fictional and technological invites us to make a home of quality TV. 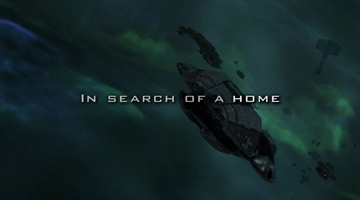 Battlestar spends four seasons complicating the miniseries’ good-bad dichotomy of humans and Cylons, but ultimately stigmatizes technology. The surviving characters settle an Edenic earth; the narrative then leaps ahead 150,000 years to diagnose contemporary civilization as pre-apocalyptically technology-obsessed. Shaun Huston writes, “the organic must be protected from the mechanical,” which is a “difficult conclusion to accept within the terms of the series.”11 This corresponds to the paradoxical ethos of many dystopian narratives—the tendency to spend the majority of the narrative glamorizing something, only to use the slight balance condemning it. If viewers take Battlestar’s final message to heart, then their next order of business would be to chuck their DVRs and DVDs into the fireplace. We should amend Huston’s insightful conclusion: it’s not just the years-long narrative that make Battlestar’s ending so difficult to stomach, but the fact that we receive this message via advanced technology, or the very thing that the show disavows. Galactica’s interrogation of post-nuclear family mechanics and what it means to be human was potentially groundbreaking, but by the show’s end the reconstitution of the family breaks down, and a thick line is drawn between the natural and artificial, delivering an outmoded humanism through posthuman technologies. 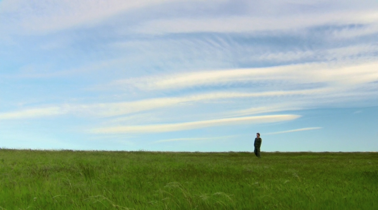 Ron Moore and company exercise the political flexibilities of quality TV’s tropes, those that critics often consider inherently progressive. A convention related to the reorganization of the family is the hour-long drama’s multiple storylines, or plot threads, which often weave ornate social tapestries. Anyone who watches an episode of Battlestar, The Wire, or The Sopranos without having seen every episode of the series will quickly realize that they’re missing a lot of important information about characters’ interpersonal relationships and that constant contact is a must. To some extent, this might also be true when we watch Cheers or Buffy the Vampire Slayer, but I think it’s clear that primetime social complexity of Battlestar’s magnitude is a recent phenomenon, one aided by the increasing ease with which we’re able to pause, rewind, and re-watch. The complexity that characterizes TV III quality is the result of an ever-deepening seriality, one tied as much to Moore’s Law as it is to literary tradition. The channel-navigation button and cable operators stuffing their lineups with hackneyed reruns made way for the pause and rewind buttons and online message boards: these technological shifts generate broad aesthetic trends in primetime televised entertainment, from intertextual irony in the late 80s and 90s to serialized, intratextual sincerity in the 00s.
An obvious consequence of deepened seriality/familiarity and “increased social network complexity”12 is that we “acknowledge that all perspectives are partial, colored by place and context, and that we must seek knowledge of all points of view before making judgments.”13 We’re hard-pressed to identify pure villains on TV III quality programming; instead, we sympathize with characters that had been relegated to the ethical sidelines on network television—Tony Soprano, Stringer Bell, Dexter Morgan, et al.

Consequently, Ron Moore’s project is to make viewers experience an uneasy empathy for the non-traditional, and for difference more generally. Gaius Baltar (James Callis) is partly responsible for his worlds’ destruction, and yet he isn’t all bad; audiences take pleasure in his squirming, and Callis’s performance is often charmingly comic. According to Battlestar producer David Eick, audiences’ emotional proximity to Gaius is “a bizarre place to be.”14 However, our nearness isn’t troubled simply because Gaius (at least superficially) resembles a conventional villain. In addition to this emotional proximity, the audience also experiences a perspectival proximity with and beyond Gaius: for example, responsibility for the Cylon attack is a secret, one that only audiences and the Cylon Number Six (Tricia Helfer) share. Likewise, viewers are able to see Gaius’s “angel” Six, even though other characters can’t. Battlestar’s audience, then, has access to a point of view above the text, or above the web of relations. Complicating the viewer’s position, Laura Roslin (Mary McDonnell) learns she has cancer the day that the Cylons attack; our knowledge of her secret, again, underlines an access to information that exceeds any single character’s perspective. However, Roslin reveals her secret, and viewers are told that the disclosure (or, simply, the act of disclosure) is healthy. Gaius doesn’t confess his culpability, preserving our narrative advantage.

Thus, audiences are in the “bizarre place” of acknowledging that Gaius’s confession is one that the rest of the community has the right to hear, even while we pray that Gaius won’t undermine our position above the web of relations. Conceivably, an aerial view focuses viewers’ attention on the systemic, as opposed to the individual. Clearly, though, our ‘objective’ point of view can just as easily provoke totalitarian sentiments. Quality TV shows have succeeded in creating an isolated point of view above the network, challenging any suggestion that audiences desire to be just one member of a social system. The viewer wants to belong to a network, as long as she can rise above it. 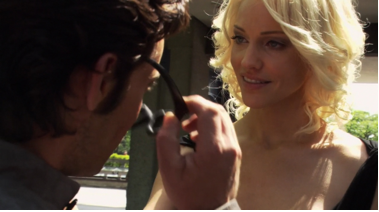 Still, much like the conceptual movement of the family from the conservative essentialist model of Leave it to Beaver to the more liberal constructivist model of Mary Tyler Moore, “intertwined subplots,” writes Susan Hayward, “work to unite disparate characters, overcoming differences of class, race, and gender and forging communities within the text that echo the reading communities outside it.” (Hayward, 4)) Though Hayward’s Consuming Pleasures has been invaluable to my own research, it’s important to remember that audiences are segmented and targeted by stations along the very lines that Hayward finds blurring, and multicultural casting doesn’t necessarily exist to attract a multicultural viewership. The novel coexistence of disparate groups under the auspices of quality TV’s narrative organization, then, must reflect a progressive desire for representations of radically conceived communal being. And television itself is where one can continually, or serially, turn to have this desire met.

Acknowledgements:
The author wishes to thank Dr. Heather Hendershot for her invaluable help on this project.

Author Bio:
Jordan Lavender-Smith is pursuing his Ph.D. in English and Film Studies at the City University of New York’s Graduate Center. His academic interests include self-reflexivity in literature and film, seriality and addiction, Early- and Post-modern dramaturgy, and, more generally, the cultural causes and consequences of literary forms. He teaches in the English department at the City University of New York’s Queens College.