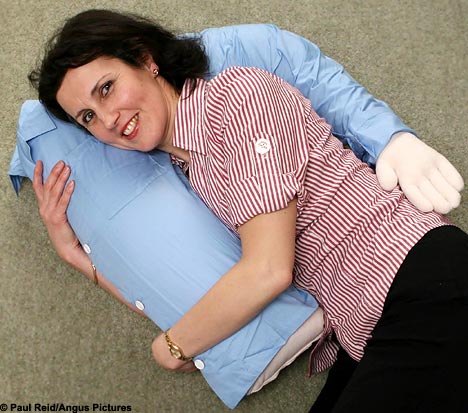 The image above comes from an online ad for the “Guy-Substitute Pillow”. The ad promises that the product provides the closest approximation of an absent man’s arm around a single woman; and she does not even have to endure the snoring! It comes in various colors and fabrics and is easy to order online for a mere $15 or so. I first found the ad on the largest Hungarian fan site for Sex and the City. The HBO show has been at the center of discussions about popular television and (post)feminism, along with other recent quality dramas that revolve around strong, independent women, such as Ally McBeal, Buffy the Vampire Slayer, Desperate Housewives or Gossip Girl. In fact, Sex and the City has been called “a key cultural paradigm through which discussions of femininity, singlehood and urban life are carried out.”1 The appearance of independent, often single women in movies and smart quality television dramas has been associated with (post)feminist political empowerment by advertisers, television producers, popular critics and even some academic feminists. Many argue, however, that such empowerment is tempered or undermined by the elitist consumer agency these programs promote. While assessments of postfeminist agency drawn from pop cultural consumption vary from radical skepticism2 through ambivalence (Negra) to affirmation,3 few would disagree that, at the very least, the shift begun by American and British movies and TV shows in the 1990s mix academic and popular strands of feminism. In other words, postfeminism is firmly grounded in and constituted through popular television dramas that perform positive work for young women, who can enjoy their mothers’ feminist achievements but no longer need to pit femininity and feminism against each other.4

This is why Ksenija Vidmar-Horvat, in an article that looks at the reception of Ally McBeal among Slovenian women, goes as far as claiming an affinity between postsocialism and postfeminism.5 A strictly consumerist femininity, deprived of feminism’s activist potential, is currently employed to re-legitimate a strict patriarchal nationalism, which is increasingly entangled in a neoliberal culture of consumerism. Feminine desires, encouraged by both consumerist and nationalistic discourses, block, rather than support, feminist desires. In Hungary, postfeminism, much like feminism, crops up in two different kinds of contexts: In the national print and electronic media, one encounters almost exclusively uninformed, distorted, and dismissive views. Postfeminism has been introduced in the mainstream press through the publications of a male critic, Miklós Csejk, who unproblematically calls himself a (post)feminist. His generalized and authoritative pronouncements, offered with an educational air, rely on scanty and questionable sources apparently derived from the French context. He identifies postfeminism precisely in the conservative fashion in which it has been taken up by the anti-feminist backlash in the US since the 1980s. His postfeminism hovers in the abstract, without any historical or geographical anchoring, as if it has by now taken care of all female and feminist concerns everywhere in the world. 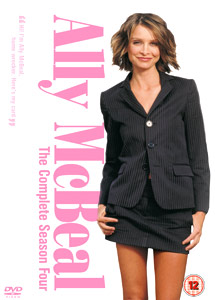