When Satellites Fall: On the Trails of Cosmos 954 and USA 193
Lisa Parks / UC Santa Barbara 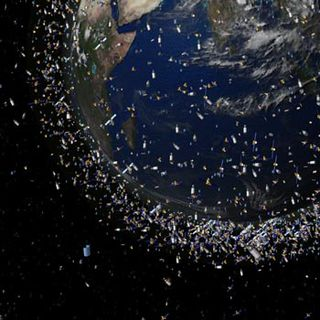 During the past 50 years approximately 17,000 human-made objects have re-entered the earth’s atmosphere. Most of these objects incinerate as they tumble toward the planet, but many fragments fall upon the earth. On a few occasions rogue satellites have fallen, raising concerns about public safety and posing threats to the natural environment. In this essay I discuss two incidents when satellites that were falling back to earth became high-profile media events. The first was a Soviet radar satellite, Cosmos954, in 1978 and the second a US spy satellite, USA193, in 2008. These events are significant moments for media studies for several reasons. First, they draw attention to publicly-funded secret satellites that have historically been used to image the earth and manage geopolitical tensions. Second, they reveal the deeply intertwined relation of satellite media to issues of global security and serve as a reminder, as Jim Schwoch has shown, that the greatest global communication technologies emerged alongside the most dangerous technologies of global destruction.1 Finally, these moments provide an opportunity to contemplate the high costs of satellite failure, which result not only in communication breakdowns and huge financial losses, but can have detrimental effects on the environment as well.

On January 24, 1978 a Soviet radar satellite, known as Cosmos 954, plummeted into the Great Slave Lake area of the Northern Territories in Canada (roughly the same area where the television show Ice Road Truckers is now shot). The satellite was launched from a facility in Kazakhstan on September 18, 1977 and by October 29, 1977 NORAD monitors revealed that Cosmos 954 was out of orbit and predicted it would re-enter the earth’s atmosphere sometime in April 1978. The primary concern about Cosmos 954’s tumble back to earth was the nuclear reactor it had on board. Because the satellite was carrying 110 pounds of enriched uranium, some officials predicted Cosmos 954’s crash could result in the “worst nuclear contamination since Hiroshima and Nagasaki.”2 Since US and Canadian officials were uncertain where Cosmos 954 would land, they decided not to issue a public announcement detailing the nuclear concern. When it became clear, however, that Cosmos 954 would fall months earlier than predicted, the US State Department on January 18, 1978 relayed a secret message to its NATO allies and to Australia, Japan and New Zealand informing state diplomats about the matter. 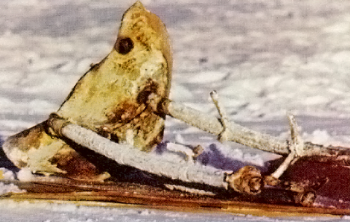 On January 24, 1978 the world’s news agencies sent reporters to the icy tundra near Yellowknife to investigate the “killer satellite.” Journalists reported on the massive size of the debris field, the fragments that had been recovered, the nature of the retrieval mission and the Canadian government’s attempts to communicate with Inuit communities in the vicinity of the crash whose water and food supplies were in danger of exposure to radiation. After the satellite fell, the US Departments of Energy and Defense banded together with Canadian agencies to mount a five-month retrieval mission called Operation Morning Light that utilized U2 and KC-135 aircraft to help locate concentrations of radioactive particulate and recover the satellite’s fragments. Since the Soviets were tight-lipped about the satellite’s composition, some suggest the recovery effort was as much about investigating the current state of Soviet satellite technology as it was about retrieving radioactive debris. 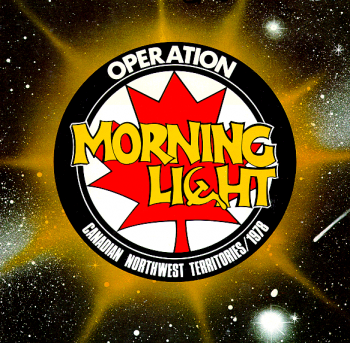 In the months following the crash the Canadian government sought compensation from the Soviet Union in the amount of $3 million (Canadian) under the 1972 Convention on International Liability for Damage caused by Space Objects. This international law holds satellite owners liable for the damages caused when space objects fall back to earth. The Soviets fought this case claiming that Cosmos 954 had broken up by the time it fell to earth and thus could no longer be recognized as a “satellite” when it landed in the Northwest Territories. The fall of Cosmos 954 not only established an occasion to test satellite liability law, but Operation Morning Light became a prototype for future satellite recovery missions.

Almost exactly thirty years after Cosmos 954 fell, another satellite drifted out of orbit and began to move toward Earth. USA 193 was a classified spy satellite (also known as NROL-21) that had been launched on December 14, 2006 from Vandenberg Air Force base in California. Communication with the satellite failed shortly after its launch. Rather than allow USA 193 to fall to the earth’s surface, the US government devised an elaborate scheme to intercept and destroy it with an SM-3 missile. US officials expressed concerns about the 1000-pound tank of hydrazine fuel on board the satellite and claimed it could form into a toxic cloud the size of two football fields if the satellite were to crash and pose a serious public health risk. Many were skeptical of this claim and speculated instead that the US did not want this classified satellite to fall into foreign hands because future US spysat fleets were slated to use similar technologies. Still others interpreted the US satellite shoot-down as a geopolitical showdown in which the US set out to demonstrate its anti-satellite (ASAT) missile capabilities following a controversial and high-profile test the Chinese had conducted in 2007. 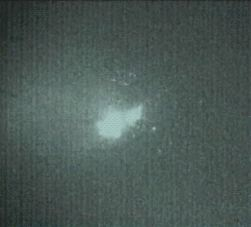 Despite the various speculations, on Feb 20, 2008 a missile launched from the US Navy vessel USS Lake Erie blasted into USA193 as it passed over an area west of the Hawaiian Islands in the Pacific Ocean. Like Cosmos 954’s crash into the Northwest Territories, the interception of USA 193 became a media event as news agencies emphasized the risky nature of the satellite shoot-down, used Google Earth to predict and map where the fragments would land, and evaluated public health risks. After the strike, the US Defense Department held a press conference and released a video showing the missile strike USA 193 as it turned into an incandescent gaseous blob. Amateur satellite trackers in different parts of the world had also been tracking and photographing the secret satellite (along with many others) since its 2006 deployment.3 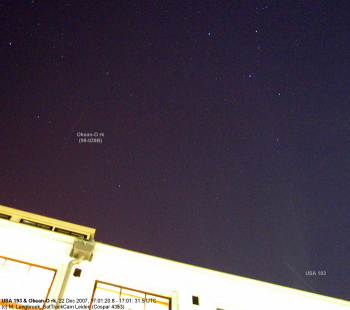 Cosmos 954 and USA 193 are just two of hundreds of satellites that have failed since the late 1950s. These failures, I want to suggest, are symptomatic of the kind of dandelion capitalism that underpins the satellite economy. Just as fast as the capital to manufacture, launch and operate a satellite accumulates and the technology takes shape, it can be blown away in a blinding flash, its fragments either floating into the oblivion of space or darting cataclysmically toward the earth. The satellite economy has long been structured around such failures, and, as a result, has one of the most complex and expensive insurance industries on the planet. Insurance premiums are typically a satellite operator’s second largest cost. For any given satellite there can be 10-15 large insurers and 20-30 smaller companies involved in issuing policies for different phases of the satellite’s development, transport, launch and in-orbit operation. In 2003 a basic premium for a satellite worth $250 million cost between $40-55 million.4 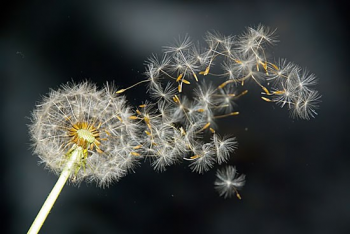 While much information about USA 193 remains classified, it is known that the satellite was part of a satellite design scheme called Future Imagery Architecture, involving Boeing and Lockheed Martin, for which the US government paid over $10 billion.5 The shootdown operation for USA 193 alone cost US taxpayers $40-60 million.6 Capitalism operates in the satellite economy such that extremely expensive machines are made and installed in orbit without public knowledge only to be spectacularly blown away and become “total losses” right before our eyes. Given such scenarios the study of satellite failures, finances and futures remains a vital path for further investigation.

Author’s Note: This is an excerpt of a longer essay that will appear in the forthcoming book Down to Earth: Satellite Technologies, Industries and Cultures, co-edited by Lisa Parks and James Schwoch from Rutgers University Press.