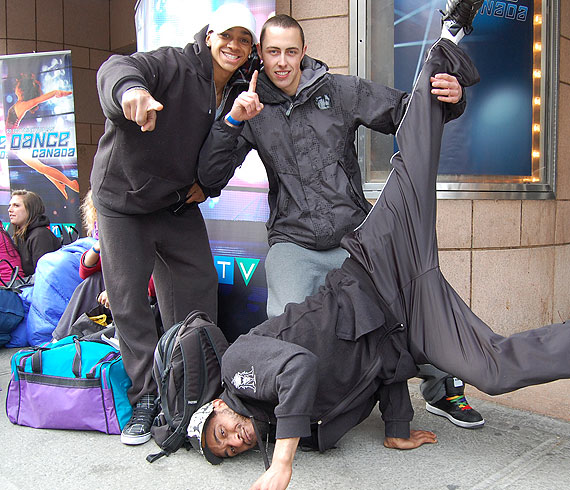 Patricia Joyner Priest studied television talk show participants in the 1990s in order to understand why people chose to appear as guests on daytime television talk shows.1 She devised a typology of participants, with the largest category being “evangelists,” who appeared on talk shows in order to engage and correct audiences’ misperceptions about marginalized people and issues. The typology also consists of several less-populated categories, what Priest calls moths, plaintiffs, and marketers. Constituting a very small number of participants, moths clamor to the television spotlight for their fifteen minutes of fame. Plaintiffs appear in order to confront bullies or people who have done them wrong. Finally, a small group of marketers appear to sell films, books, or other products.2

Can a similar typology of reality television participants be devised? How are the motivations different from or similar to Priests’ typology? Is there a prevailing motivation or class?

This piece is based on participant observation and interviews at the Toronto and Montreal auditions for So You Think You Can Dance Canada (SYTYCD Canada) in May 2009, a participant observation of the SYTYCD Canada live tour in February 2009, and an analysis of the American and Canadian programs, with nods to other national adaptations.3 This exploratory typology is thus not necessarily generalizable to other programs, but its application will be explored further in future research.4

Dreamers: Unsurprisingly, most participants audition for the show to achieve their dancing goals. Rather than the successful achievement of a sustained professional goal, however, this motivation most often gets represented as dream fulfillment. “Making it” in the mythical world of dance and performance arts is further mystified by dreams discourse, thus sidestepping the fact that the dance audition is labor, a job interview, a path to earning a living. During the SYTYCD Canada tour, the opening sequence cues us into this motif. Finalist Arassay Reyes tells us, “The dream is now a reality. Dreams really do come true.” A voiceover of show judge Jean-Marc Genereux booms, “this is no dream,” as the dancers take the stage. At end of show, Nico Archambault, the SYTYCD Canada season one winner, has the last word: he thanks the audience and announces, “The dream come true for all of us!”5 The same discourse plays out further in comments by recent contestant Anna Dunn auditioning for the American show in Miami. Her father recently committed suicide, and dance is her coping mechanism. She laments, “he was the dreamer with me. My mom is more realistic, but my dad was with me dreaming. He would be so proud of me.”

Promoters: In addition to dream fulfillment, dancers are motivated by promotion and exposure—of self as dancer, and in the Canadian context, of the Canadian dance community as a whole.

On an online video of the Vancouver auditions, dancers note that they want the judges to notice them and later develop a fan base. Exposure in the Canadian market, specifically, is also important in building the profile of Canadian dancers; a number of dancers acknowledge that SYTYCD Canada can assist in this venture. Blake McGrath, a contestant on the American version turned choreographer and judge on the Canadian show, states: “I had to go to Los Angeles to make something of myself…. It’s not so much like that now. A show like So You Think You Can Dance Canada gives dancers an outlet they didn’t have before. Look at… Nico… Everybody knows his name.”6 This mantra is echoed in my interviews, where one dancer claims:

“You know actually I’m really glad there’s a Canadian version out here because I have a lot of friends who are trying to develop themselves professionally as dancers and it was very irritating to them to see it only available in the States for so long, so finally giving Canada an equal spotlight is really good for Canadians. I find that a lot of people resent being in the shadow of America too much and it’s nice to have our own, as you heard from the judges time and time again, through the auditions last year, they were very impressed and surprised at the talent up here in Canada, so, I’m glad they pointed that out.”

Other national adaptations of SYTYCD globally contextualize exposure. For example, Talia Fowler, the winner of SYTYCD Australia, season two (2009), is not satisfied with her new title of Australia’s Favorite Dancer, but announces: “I’ll get to perform a solo on [the American SYTYCD] grand finale with about 20 million viewers watching–that’s exposure,” the competitive American program and dance community being the end-goal for this dancer, indicating the show’s role in the international political economy of dance.7

Jokesters: A few people attempt to break into the show as a joke or hoax, as I discussed in my last Flow article. At the auditions, several dancers on the street appeared to fit this bill, though no one admitted to it. Enough said.

Junkies: Some people have make a career out of appearing on or competing for reality TV shows. This can be seen in the spin-offs of successful reality shows, but also in the average contestants playing the reality TV circuit. They often have another goal in mind, such as promotion and exposure and a career in show business, but the point to be made is that it’s less about fulfilling a dance dream, and more about their “entertainment” career—with entertainment being an amorphous category that lends itself to a variety of on-screen activities, which may or may not focus on dance.

One informant told me, “I’ve always been a performer, on stage, singing, acting, dancing. I sing and I act. I, you know. So it’s just something I love to do, I got an agent in 2001, eight years ago, and since then I’ve just been auditioning everywhere. Commercials, I’ve done commercials, I’ve worked for Much Music,” and has been a contestant on Keys to the VIP, and MTV online show, Date My Playlist. Another dancer I met was also on a reality show called Packed. The performance… commercials, other reality tv, the attempt to get noticed, and “make-it” in the celebrity-driven world of show business is palpable.

Pedagogues: Similar to Priest’s evangelicals, the goal of the pedagogue is educating the public about different forms of dance. One informant noted that the show is a great way to showcase a variety of dance styles from around the world, a move which has been incorporated into the program’s complex and not-wholly-unproblematic incorporation of multicultural dance (which I am exploring elsewhere). Perhaps more interesting is the rare moment in which the contestant attempts to correct social misconceptions, most recently about disability. Tiffany Geigel is a 23-year-old dancer with spinal thoracic dysplasia, a condition that causes her body to be small but with average length arms and legs. In her pre-audition interview, Geigel states: “I’m doing the best that I can to prove everybody wrong. People always assume that I can’t do anything. They don’t think that I’m actually a dancer. They don’t believe me. I still deal with the whole laughing and ridiculing, on a daily basis. From the moment I wake up, to the moment I go back to sleep, it’s the same thing every day.” After her audition, the judges help construct her story as one of inspiration for other dancers, before Geigel comments in her post-audition interview: “I didn’t really expect to even get there. I just wanted to make a point and show there’s people that look different but they can dance. I’m glad I came, I’m glad I did it. I’m really glad I did it.”

Students: Many dancers at the audition came with the expectation to meet new friends, experience the audition process, and potentially learn some new skills and styles. One dancer said he wanted to “try something new”; another said “I thought if there’s an experience to surround myself by the other people for the same passion for the same things, then that’s why I like to do it. Um, so I mean, even if the show doesn’t work out I think the audition process would be really fun.”

My research reveals several prominent motivations for SYTYCD contestants. Unlike Priest’s research, the motivations here tend to cluster around promotion and dreams, rather than public pedagogy, or Priest’s evangelists. The ways that these motivations are revealed and repeated speaks to today’s curious status of reality TV program participation and the political economy of contemporary cultural venues.