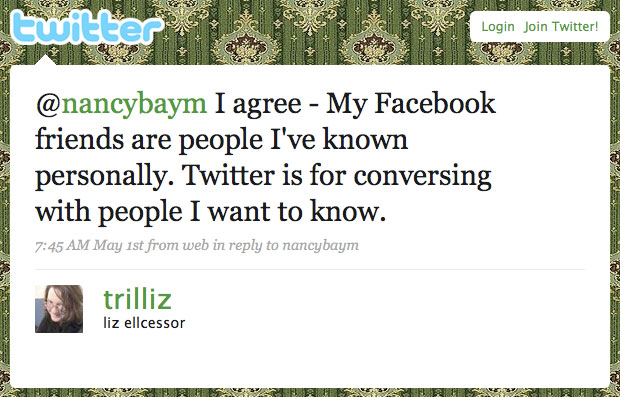 As the number and variety of social networking sites spirals upwards, and individuals find themselves maintaining a presence on multiple sites, questions of self-presentation and intimacy require ever more complex negotiation and coordination. The differing social norms, audiences, and potential benefits of Bebo, delicious, digg, Flickr, Facebook, LinkedIn, Last.fm, MySpace, Orkut, Second Life, Twitter, and others lead many users to delicately calibrate their uses of technology, and to agonize over the effects of sharing with various others. Should you friend your mom on a social networking site? (Yes). Would you allow someone who is already following nine others who share your name to follow your Twitter? (Sounds creepy). Such pressing concerns are even beginning to crop up in advice columns, as readers ask The Boston Globe’s Miss Conduct whether or not to accept a friend request from a high school bully.1 The flip side of such concerns about self-presentation and audience management is consideration of one’s own status as an audience member. What does it mean to follow Shaquille O’Neal on Twitter? At what point does the broadcast potential of social networking sites intersect with genuine social engagement? And, as media scholars, how can we approach online sociality in relation to prior histories of media use, stardom, and connections forged through popular culture?

Twitter, a micro-blogging service in which users post in 140-character bursts, has recently attracted a spate of attention in the mass media. On April 17, after Ashton Kutcher won his widely-covered race with CNN to be the first Twitter account to collect one million followers, Larry King interviewed the actor and succinctly misunderstood the site: “It’s basically a send-out process, not a take in process.” Kutcher quickly interjected to refocus King on the conversational potential of Twitter, but King’s misconception underlies much of the mass media hostility to the service. When Twitter is understood as a broadcast medium, and examined in individual posts (“tweets”) or through one person’s history of tweets, King and others fail to take social interaction seriously and understandably dismiss Twitter as banal. In a scathing tirade against the service, Andrew Zaitchik takes this exact approach: “How can you not hate a site that encourages people to post, ‘At the park — I love squirrels!’ and ‘F@*K! I forgot to tivo Lost last night.’ How can you not want to slap these people with a mackerel?”2

The media furor over Twitter, in addition to assuming a broadcast model on the part of individual users and judging those users unfit to publicly communicate, misunderstands the nature of relationships on this social networking site. While many other services, including Facebook, MySpace, and Linked In, require reciprocity in relationships, Twitter is deliberately assymetrical. This means that while you and an acquaintance must mutually decide to be Facebook friends, the decision to follow Stephen Fry, John McCain, or your high school nemesis can be made unilaterally on Twitter. Thus, there are people you follow; people who follow you; people with no connection to you; and people who you follow, who also follow you.3 This allows for a wider variety of relationships, and facilitates creating an individualized Twitter experience with a wide variety of people. The various degrees of Twitter connection, in contrast to the mutual relationships required by Facebook, enable the gradual formation of relationships through conversation. Thus, my Facebook friends are people I’ve known personally. Twitter can be for communicating with people I want to know. 4

Once we begin to consider Twitter not as an individual broadcast media, but as a hybrid medium in which users post, read, reply to one another, “retweet” others’ messages, and potentially send direct messages to individual users, we are valuing the diversity of social experience and the unpredictability of interpersonal connections. Nancy Baym, in a somewhat different context, describes web2.0 services as enabling social connections to form across multiple sites, rather than at a central location such as a blog or fan club.5) In the case of Twitter, the connections are not formed at any individual’s page, but across and between profiles. Academic study of Twitter, therefore, needs to look beyond the “banal” posts and Twitter stars (like Kutcher) highlighted in the mainstream media – to get a sense of Twitter’s uses and potential, the focus might shift to locating interpersonal connections and communitites. The open source, flexible Twitter API has allowed for a wealth of independent development, including many services that offer ways of understanding these social connections. Twibes allows for groups of individuals to associate around a topic or identity, and then keeps them informed of the activity among Twibemembers regarding that central connection. WeFollow allows Twitterers to tag themselves, so that those with similar interests might find them and build relationships. Social Collider, and other services, even offer visualizations of the connections (in the form of replies, mentions and retweets) between Twitter users over time. 6 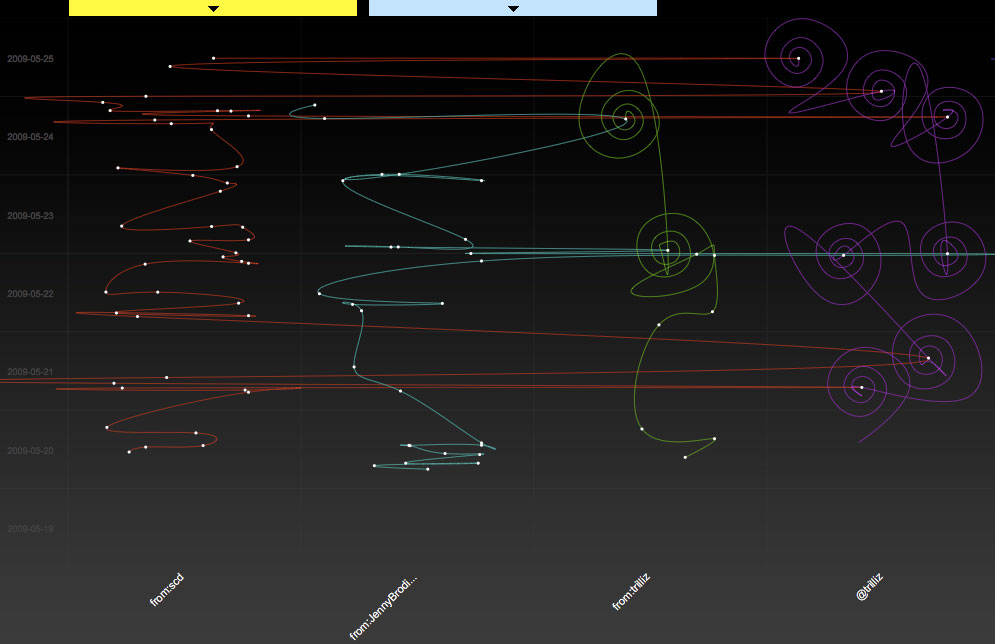 Given the potentially asymmetrical nature of Twitter relationships, and the centrality of relationships to finding value in the use and experience of the social networking site, fan and star studies offer rich models for theorizing Twitter. For, on Twitter, we may all be fans, following celebrities, politicians, local bigwigs, academic superstars, friends or simply people we do not yet know but wish to interact with. Scholars of star studies frequently highlight the desire for intimacy as a central part of the fan-star relationship. Intimacy is inferred from access to what seems to be “authentic,” private, backstage star behavior, which is precisely what social media seems to facilitate.7 After the sharing of such information, fans may make bids for further intimacy by responding through the same social media, and if the star acknowledges them, the sense of intimacy is further heightened.8 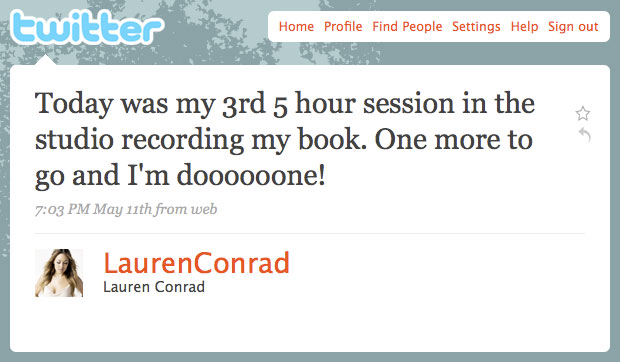 Web2.0 services such as Twitter facilitate that sense of intimacy among many individuals (not just traditional celebrities) through the very “banal” tweets derided by the mainstream media. While it may not be interesting to know that your neighbor had a tuna sandwich for lunch, learning such details about individuals you admire and desire to create social connections with is valuable information. It creates a “network of repeatable relations,” in which small encounters build up over time to create an intense fan experience.9

Over time, this simple material, reiterated over time, provides a foundation of semi-personal details – the “social glue” that holds online communities together and can translate into real social capital.10 Like our casual interactions school, the workplace, and the city street, the small, trivial content of Twitter can offer ways to build relationships slowly, through shared interests and shared interactions.