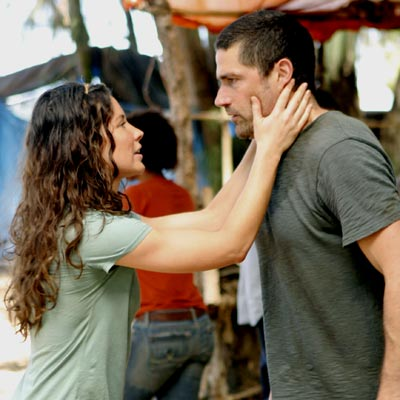 Lost: The Most Torrented Show of 2008

During one recent week, more than 1.7 million people accessed the latest episodes of Heroes and Lost using BitTorrent. Other heavily shared shows included 24, The Big Bang Theory, and Battlestar Galactica. TV accounts for half of BitTorrent traffic, and clearly many viewers are substituting downloads for other forms of access. In 2008, Lost was the most torrented show and its most popular episode was downloaded more than 5.7 million times (13.4 million American viewers tuned in the old-fashioned way, according to Nielsen).

The industry worries that this distribution stream will drain its profits. During the Pirate Bay trial, one of the products for which the media companies demanded compensation was the first season of Prison Break. But some shows’ fortunes have risen with BitTorrent, much as syndication and iTunes have helped Law & Order and The Office. The initial fan enthusiasm for Battlestar Galactica in the US was aided by its availability online before SciFi began to run it here (it aired in the UK first). Episodes of Pushing Daisies, Sarah Connor Chronicles, and True Blood, which might appeal to young, affluent, and technically adept torrenters, have been leaked to the network to arouse buzz. If file-sharing is sometimes figured in the media industries as a criminal, even terrorist threat, it is sometimes also seen as good promotion. 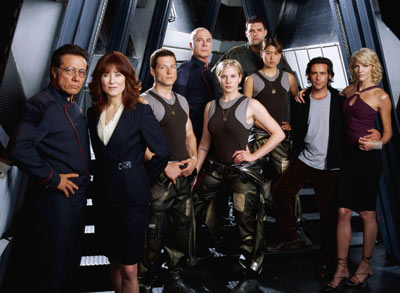 P2p TV can be used in many ways, for many reasons. Some users catch up on missed episodes or seasons. Having caught up, they might tune in using more conventional delivery systems. For others, BitTorrent is a source of programs from abroad and helps overcome the maddening asynchronicity of international television flows. Australians often have to wait weeks or months after a favorite show airs in the US before the local channel makes it available. Streaming video at network websites or Hulu is unavailable because of geo-blocking. Participants in online fan communities find this infuriating, and BitTorrent overcomes the scheduling inconveniences imposed by TV channels.1 I use BitTorrent to make clips and caps to use in teaching or research or to post on my blog. This offers me easily downloaded high-def files free of DRM, which, unlike Hulu videos, can be saved to disc. That is, I use p2p to access what I can’t conveniently get another way. It’s mostly content I have already accessed legitimately.

Too many questions are raised by this development in the technology and experience of television to consider in this space, questions having to do with many aspects of the economics of the media business, indeed, questions about what “television” means. I want to focus in the space remaining on one issue that arises in relation to p2p TV: the ethics, from the user’s perspective, of this mode of television distribution and consumption.

Unlike ordinary movie and television viewing, p2p sharing often involves an ethical calculation. File-sharers risk legal action, however unjustified, for copyright infringement. They rationalize their behavior in terms of costs and benefits, and justify their practices not only in terms of legal categories like fair use but also in terms of judgments about right and wrong. For instance, they reason that it’s ethical (or should be) to download content not otherwise available, or to a sample a product before committing to it. Perhaps they believe that downloading is justified when one has also paid for the product. (On the evidence that The Dark Knight was both the box office and BitTorrent champion of 2008, we can assume that many viewers paid to see the film and downloaded it for free.) 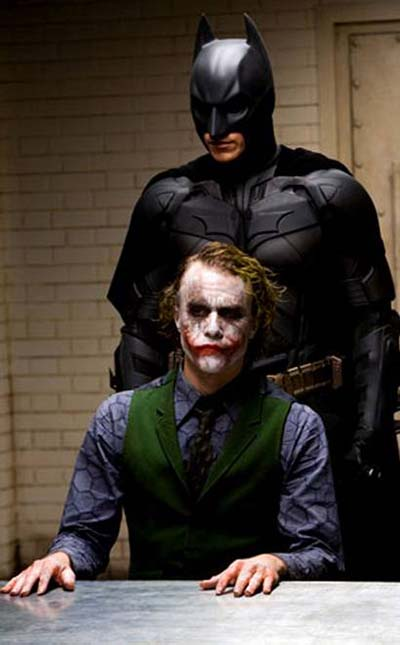 The Dark Knight: Box Office and BitTorrent Champion of 2008

This kind of reasoning is evident from the way the popular press covers file-sharing. Following the propaganda of media trade groups, p2p is often portrayed in mainstream media as stealing. Lev Grossman jokes that using BitTorrent to access television shows means selling your soul. Yet some writers see justification or at least compromise. A Slate columnist describes BitTorrent as “TiVo for the tech-savvy and the ethically flexible.” An essay in The Independent remarks that “downloading of movies is apparently a victimless crime, and if there is a victim, it’s ‘The Man.’” It might be wrong to steal, but when it’s the devil whom you’re stealing from, well, not so bad. We can call this a compromise ethic. Many of those using BitTorrent might prefer to access television content legitimately, but they see no better alternative right now than file-sharing. They might even judge the media industries as unethical for using DRM, for charging too much (the average monthly cable bill was $85 last year), or for impeding the synchronization of global distribution. They might see their own questionable ethics in a favorable light when compared with the media industry’s.

By contrast, champions of free culture defend piracy in moral terms, owning the name pirate as in “Pirate Bay” and seeing a cultural imperative to save society from corporate and legal overreaching. Pirates of this sort are activists against excessive copyright legislation and enforcement, defenders of the public domain and the cultural commons. Their ethic is one of community and peer exchange as an antidote to corporate consumerism. They might quote Richard Stillman’s GNU software manifesto: “I consider that the golden rule requires that if I like a program I must share it with other people who like it.” Siva Vaidhyanathan describes MP3 file-sharing as “a rational revolt of passionate fans.”2 Matt Mason writes in The Pirate’s Dilemma, “If democracy is about creating processes that allow people to empower themselves, then pirates are clearly the perfect catalysts for such processes.”3 Copyleft activists and sympathizers see virtue in precisely what the media industries most fear about file-sharing: the removal of popular culture from the circuit of commercial exchange. This piracy is counter-hegemonic. The media industries want to control and monetize every window of distribution; champions of free culture want to preserve a gift economy of prosumers.4 Theirs is a pirate ethic.

Peer distribution of television would seem to demand a somewhat different set of calculations when compared with music and movie file-sharing. For as long as these cultural forms have been produced industrially, the business model of music and movies has been to exchange media for money. The disruption of this exchange allows the audience to access for free what otherwise might have cost it materially, which can easily be framed ethically as free-riding. (This despite the fact that we access “free” movies and music all the time, for instance, when using public libraries or visiting friends.) Television, with some exceptions, is an advertising-driven medium, in which the exchange is of the audience’s attention for the sponsor’s commercials. With digital technologies, audiences are increasingly empowered to avoid commercials, but this can hardly be cast in negative moral terms when so many people consider advertising a nuisance or even a cause of harmful social effects. DVRs probably disrupt the business model of “free” TV more than BitTorrent, yet one rarely observes an ethical discourse around digital time-shifting. (In 2002 Jamie Kellner, then Turner’s CEO, called DVR use “stealing” and was widely ridiculed.)5 Like the DVR, p2p de-commercializes TV. BitTorrent files of TV shows are ad-free. But the DVR is a digital VCR, a legitimate cultural technology. BitTorrent, by contrast, is the new Napster.

Thus TV torrenters, like the ones who comment at the news aggregator site Digg, often defend their practice in ways that establish specific ethical norms for television. They reason that those already paying for cable are entitled to download, and insist that DVR recordings and downloads as ethically equivalent. BitTorrent is merely “bandwidth-consuming timeshifting.” As one user explains, “The networks BROADCAST their shows, sending them out FOR FREE into the air all over the country. How can they claim that I am stealing if they are giving it away for free?”

Image Credits:
1.) Lost: The Most Torrented Show of 2008
2.) Battlestar Gallatica
3.) The Dark Knight: Box Office and BitTorrent Champion of 2008