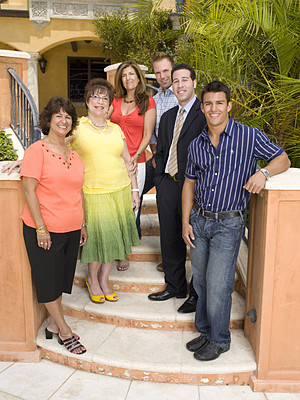 The Cast of Momma’s Boys

Relationships have often been the leitmotif of reality-based television program. Whether one thinks about the occasional homosexual partners in MTV’s The Real World, the awkward semi-professional exchanges on NBC’s The Apprentice, or the competition-driven friendships in shows like Survivor, these programs are unscientific explorations of the human psyche as it enters different levels of relationships. Despite the sizable variety of reality programs, and hence the multiple kinds of relationships uncovered, it was only in the Fall 2008 that US television premiered a show – Momma’s Boys – with a specific focus on the primordial ties between mothers and their sons. NBC introduced the program as a new dating show, where possessive mothers must advise their complacent sons and help them choose the perfect partner. Like many other reality-based shows, the purported allure of Momma’s Boys relied on the voyeuristic glimpses into the confused, contradictory, and ultimately conflicting exchanges between genders and across generations. A look at the origins and development of this format in Europe reveals the extent to which reality television’s focus on relationships succeeds in cementing traditional notions of gender roles and socio-individual identities. 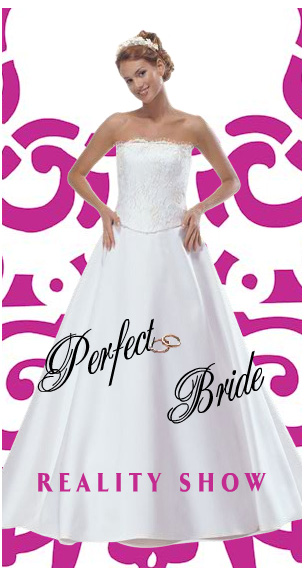 The earliest version of this format has Turkish origins and was titled The Perfect Bride. Very little information about the creator Lutfi Murat Uckardesler is currently available in English, with the exception of the promo web site www.perfectbride.tv. Upon entering the site, the visitor is welcomed by an introductory flash animation that sets the tone for the content of the page: a white, red-haired, young bride, wearing a traditional white wedding dress and a tiara, is framed by a fuchsia Arabesque design. The title Perfect Bride is at the bottom of the screen, and two wedding rings are used as visual connectors between the two words. The bride-to-be appears innocent, malleable, and acquiescent, with her head tilted to the side, a pale smile on her lips, and her hands gently resting on her hips. The bride idealized in this image is romantically feminine and purposefully aligned with traditional views of heteronormativity. This overall impression is confirmed once the visitor is allowed into the content area of the site. Here, the eye is caught by the animated description of the program: “Every little girl dreams of getting married, finding the man of her dreams, moving in together, meeting the parents, the unforgettable proposal …What if the order gets mixed up? A first in television, here comes a new show where the mother-in-law is the one proposing … to the bride … the Perfect Bride.” This text is sided by the opening image of the bride, on the left, and static visuals about the popularity of the program on the right (“rating record” in one frame; “71.7% rating share” in the second frame). The home page of this site combines the Janus-faced nature of television remarked by Waisbord1: on the one hand, the sense of cultural belonging is reiterated by the use of ‘every’ that attempts to standardize views of heterosexual love and connect them indissolubly to marriage; on the other hand, economic profits are guaranteed by the graphic on the right that uses ‘hard numbers’ to convey a sense of pseudo-scientific reliability.2

In 2007, the format was imported by the Italian public broadcaster RAI that saw the focus on family relationships an essential component of its potential appeal for older and younger audiences.3 Indeed, unlike previous shows in which participants performed in individual competitions, La Sposa Perfetta exploited societal fascinations with the classical Italian family, a trope that has proven extremely successful in other genres – from cinema to television dramas and game shows.4 As outlined in the original format, the show was based on the interactions between mothers, sons, and potential brides. As in other reality formats, the daily encounters presented numerous occasions for sharing secrets, forming alliances, and expressing ideological, cultural and generational differences. These become particularly evident when the women converse on what should be important characteristics of a ‘perfect bride.’ While the sons’ desires are always the main priority in choosing a bride, the mothers-in-law never cease to emphasize the importance of cooking, cleaning, and general house management skills. In the Italian version, these are indeed the elements that shape the mothers’ choices on who should be eliminated each week. The weekly edited recaps provide a constant emphasis on the young women’s lack of domestic skills. In the third episode, for instance, Mamma Teresa commented with frustration: “when it comes to household chores, none of these girls is really worthy.” This statement was the apex of a series of clips that featured the young women in distress upon trying various domestic activities (cooking, cleaning, washing clothes, etc.) and failing miserably in the mothers’ eyes.

A similarly conservative representation of gender roles is furthered in the program’s degrading insistence on the female body as a scientific specimen or consumable object for the voyeuristic male gaze. The male gaze that informs most women’s roles in Italian television affects the perception women have of themselves and necessarily regulates the visual and discursive gender relations. Hence, fictional and real women in television display a de-valorizing attitude towards their female counterparts: their role as interviewees, for instance, is downplayed by a lack of proper introduction and emphasis on women’s credentials, a paternalistic approach that highlights the physical significance of women, rather than their potential intellectual or ideological contribution to the discussion (Cornero, 2001: 82-84). This particular way of framing women in television is evidenced not only by the interactions between hosts, interviewees or fictional characters, but also by the specific camera movements that represent a consistent pattern of showing women. Generally, a series of close-up shots that begin at the feet and move up to the head introduces the woman, thereby underlining her physical accouterments and bodily details. In several instances, the camera often lingers upon specific body parts (breasts, hips, eyes, mouth) and overtly connotes them in a sexualized way by zooming in on extreme detail. This type of camera work frames the female figure from the beginning of her appearance on screen and defines her discursive interventions. 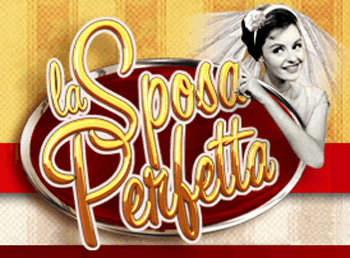 In La Sposa Perfetta this emphasis on the body defines the role of the brides-to-be. Information about the young women’s height, weight, age, size of clothes, and physical attractiveness is primordial in the online description of each contestant; the juxtaposition of each bride’s identikit allows viewers as well as mothers-in-law to compare and rank the eighteen women based mostly on physical attributes. The centrality of bodily performances finds constant reiterations in the program, when the weekly edited narrative accentuates the time the young women spend on improving their looks: close-up shots of bathroom scenes, where the women put on make up, struggle with their hair, or check their breasts, are regular reminders that physical attributes will eventually determine the winner of the competition.

It is worth noting at this point that this unflattering portrayal of Italian culture and gender relationships did not go unnoticed in the Italian and foreign media. Soon after the first episode aired in April 2007, the Italian Federation of the Press (FNSI) released a statement in which La Sposa Perfetta was defined “uncivil, vile, and squalid.” The same statement also pointed out that, before launching the program, RAI had just signed a five-year contract through which it committed to strengthen its public-service mission by avoiding stereotypical and discriminating views on women. In her column in La Repubblica, feminist journalist Natalia Aspesi5 noted that “the country of televisual mothers-in-law seems to originate from sketches … of the Fascist era.” In her article poignantly titled “And Italy plummeted into the country of mothers-in-law,” Aspesi exclaims incredulously: “What muck this is! If we are talking about a game to amuse the easy-going masses, it bears saying that state television really needs to put a limit to the rubbish, the vulgarity, the lies, the rudeness, and the denial of social changes that happened 50 years ago.” (2007)

As the local adaptations of this format show, reality television often exploits people’s fascination with human relationships to promote unchallenged and, perhaps, reassuring gender norms, which can be easily re-inscribed within the flattening framework of most mainstream television. With a few exceptions, the novelty of reality television formats has remained unmatched by an equally innovative and fresh look at the changing social relationships that shape contemporary society.