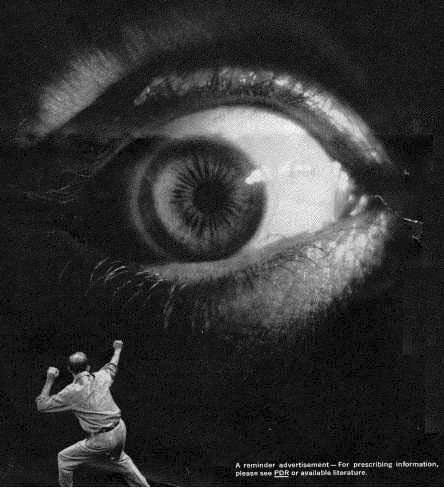 Orderlies working the psych-ward spend a fair amount of time policing the television set. The psychotic, as it turns out, do not fare well when left completely alone with what remains our most imperious of media. At the center of their difficulties is what psychiatry calls the “delusion of reference”—a belief that the mass media speak directly to you or about you. Is Drew Carey asking you, specifically, to “come on down?” Do “Pop-Up Videos” hit a little too close to home? Do you somehow feel the new 90210 is an elaborate allegory based on your own personal humiliations in high school, possibly stolen directly from your diary or mind? Congratulations, you’ve earned that first round of Thorazine. 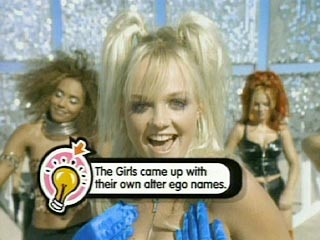 These are not your thoughts.

Like schizophrenia itself, the delusion of reference is liable to become a meaningless category in the near future. Those qualities that have made television so acutely toxic to the psychotic (its simulated liveness, feigned interactivity, and virtual omnipresence) are only getting worse in the move toward convergence. Typically convergence connotes the horizontal and vertical interlocking of various media entities so that a given entertainment product might find more ways to steal our time and money. But to converge also suggests a closing in—the consumer-subject-citizen surrounded and increasingly squeezed by walls of media that move inexorably closer and closer, a once gothic fate of stone and spike now rendered in pixels and the hyperreal. At some centripetal singularity, we will all face the choice of either being crushed; or, in a final act of submission, to become a part of the wall itself—to converge with the convergence. And that will be the end of the delusion of reference. Once the enclosures are complete, the media really will speak to us directly, all the time, the formerly deluded now truly at the center of his or her own media universe. After that crucial tipping point, the delusion of reference will give way to the delusion of non-reference—the as yet unrecognized psychosis of not finding oneself at home in the media, of not obeying the imperative to stitch various media platforms together in order to reveal some industrially planted “secret” content, of not believing that the people who live in the TV are your intimate friends, and you theirs.

Look. NBC is calling you even now:

Hey hardcore Heroes fans, in preparation for Heroes Volume 4: Fugitives, we’re inviting you to share your passion and your storytelling abilities with the world (and maybe even the NBC viewing audience) through Heroes in a Hurry. The idea is simple: ask fans to briefly tell parts of the Heroes story in their own words, on camera.

Wouldn’t the NBC audience be a subset of the “world?” No matter, I get to create on-line property for the network—thousands will be amused by my zany, totally “me” demonstration of how well I’ve been paying attention to the franchise. What do you want me to do?

Because the Heroes story is rich, we’re suggesting that people focus their videos on a single character or idea. For example, tell us what happened to your favorite character this season, or give us your take on what happened during the eclipse.

Edit something snappy on your computer or use your cell phone and shoot it all in one take. Make it starring you or your Heroes bobble-head collection, or action figures, or your pet iguanas—be creative. Just try to keep it short and focused.

Be creative? Can do, especially with all these terrific suggestions from the producers. Let’s see—keep it short, focused, snappy, character-based, recapitulative, and accommodating of ancillary bobble-head and action figure product lines. Got it! Oh wait, is that the nurse with my afternoon Haldol?

An NBC-Universal employee demonstrates how you might best demonstrate
your enthusiasm for NBC product.

For now, some may still suffer a lingering anxiety that it might be best to get out before it’s too late–before the Xbox version of the TV adaptation of the movie based on the comic book inspired by a children’s genre born of Depression-era America keeps me in lockdown another two hours a day. Happily, there are product lines for these doubting souls as well. Consider a T-shirt now available for purchase, apparently in quantities sufficient enough so as not to come from the ironing board of a single homebound lunatic. Aimed at members of the Whedon-nation, the shirt reads: “How much Serenity stuff do I have to buy to get a sequel?” The shirt proclaims, in effect, “I’m hip enough to know that the entertainment industry is a ruthless bottom-line business, but I am beyond such exploitation because I have pre-emptively embraced said exploitation as a tactic of self-empowerment. I understand industry strategy, and by performing that “insider” understanding, am somehow inoculated from its effects and implications; or, more radically, no one can escape media exploitation, so why fight it; or, more colloquially, everyone already knows what I would do for Serenity (and Joss!)—all we’re arguing about now is the price.” It is rather like Christians responding to Nietzsche by printing up a batch of T-Shirts with crucifixes on the front, “the Religion of Slaves!” emblazoned proudly on the back.

This sentiment appears fairly common within the Whedon encampment. A website encourages Serenity fans to mail “wavecards” to Universal because, “In the film industry, money talks, so by sending these wavecards, which are officially licensed products, we’re putting money in Universal’s pocket and underscoring the potential for lots more profit.” Such activism, which no doubt goes well beyond the profit-verse of Firefly/Serenity, may well be a first in the annals of corporate protest: let us signify our unhappiness with the studio’s policy by doing exactly what the studio wants us to do—buy more officially licensed crap. A post on a Firefly message board seconds this strategy: “I agree that supporting licensed merchandise is the most straight forward way to support the movie. I’ve bought 8 copies of the BDS and BDM, and a Serenity T-shirt. I also rented Serenity once before I bought it.” Who wrote this, one wonders? A “fan” or a flak in the Universal legal department? Is it a loyalty oath of some kind? Or do these distinctions even matter anymore? 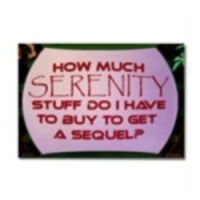 I hear and I obey.

Twenty years ago, a person who professed a belief that his letters were having an impact on the color of Cliff Huxtable’s sweaters would have been a prime candidate for institutionalization, a delusion of reference par excellence. Today we take such ideation in stride: “Everyone knows producer X reads the Show Z message boards, he even logs in sometimes under an alias!” Therefore, the Show Z community has an impact on the program. As delusions go, this one is particularly sad, like the psychotic alone at a window in the day room who thinks he controls the weather. From Freud onward, theorists have attempted to account for how the psychotic translate internal affect into fantasies of external control, how libidinal energies become literalized as a type of ray that can influence a love object from afar. The entire point of the trolling media God fantasy—even if one knows, deep down, it’s really only an intern assigned to update all the ancillary content—is to flatter and thus further entangle viewers in fantasies of their own creative agency. Not only do the media speak to me, they want to hear from me! That show matters to me, so I must matter to it!

Of course, viewers can’t be blamed for believing they actually have a tangible impact on what direction Chuck might take on NBC, or in thinking that only their credit limit and more shelving space stand between them and a Daredevil sequel—the totality of the convergence enclosure is now set up precisely to encourage such delusions of “prosuming” reference. Captive now for almost a century to the technocratic administration of the imagination, perhaps this variant of Stockholm syndrome is the only possible endpoint allowed us. I want my kidnapper’s attention and approval so desperately that I’m willing to become a model consumer; an accommodating hostage eager to do everything within my corporately sanctioned power to advance the brand—for weeks, months, even years of my life. 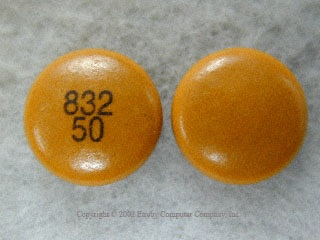 If you find such pro-active corporate obedience to be sad and a little scary, don’t worry. After the convergence converges, after the culture industries perfect a handful of hermetically sealed franchises to better manage any potential eccentricities of affect, and after you discover there are no “licensed” fantasies that speak to your particular structure of desire—the orderlies will be there to provide you with all the Thorazine you could possibly want.

Image Credits:
1. (No Caption)
2. These are not your thoughts.
3. An NBC-Universal employee demonstrates how you might best demonstrate
your enthusiasm for NBC product.
4. I hear and I obey.
5. Thorazine: Useful for sedating those who believe the television speaks to them directly, and in the future, for those who believe it does not.