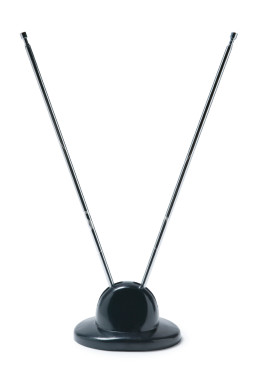 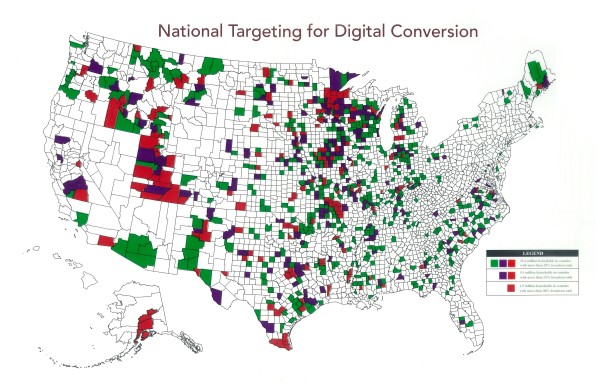 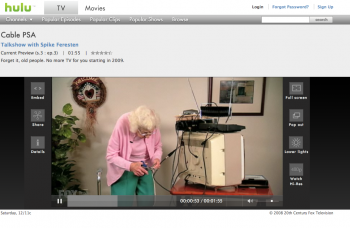 Over the past several months we’ve seen an armada of public service announcements heralding the transition. National and local organizations have gone to great lengths to communicate with viewers about it. One PSA that frequently airs on CNN features a sixty-something man strolling through a barren landscape, and, as the sun sets behind him, he announces the end of analog and birth of digital TV. Another stars FCC Chairman Kevin Martin with a direct address to TV viewers in which he bluntly states, “Your TV needs to be ready so you can keep watching.” Yet another presents a popcorn-munching family huddled around a suspense show that disappointingly turns into static. Finally, a parody reveals a sweet elderly woman trying to set up her converter box. After wrestling with tangled cables she asks, “Will all of this make Jack Benny come back?” She then snips a cable with her scissors and sticks her remote control in the microwave in a desperate effort to capture the digital signal.1 This broad collection of PSAs, of which I’ve mentioned a tiny sliver, provides an important site for scholarly engagement because it registers the various ways in which the public has been encouraged to understand and negotiate the transition. 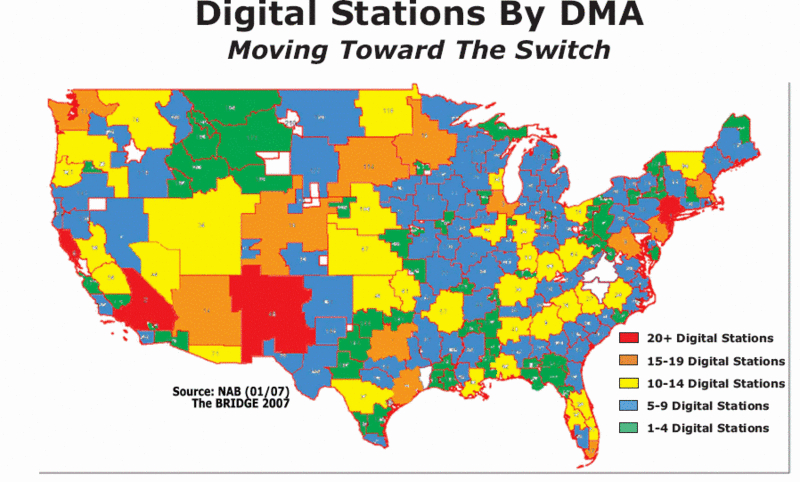 Thus we might think of the digital transition as a meta-moment in television’s history in that we are confronted with various manifestations of television itself. Rarely are citizens/viewers encouraged to think so carefully about how they get their signals and how their receiver works—to think so specifically about an object that is at once so familiar and so strange. This can be a useful moment, then, in that there is an increase in the circulation of technical knowledge about television in the public sphere. And the analog diehards, in particular, are being addressed, lest they be “left behind” or remain beyond what Mark Andrejevic has called the “digital enclosure.”2 Still, several questions linger, even as new knowledge about television circulates. After the transition will citizens know not only what digital TV is, but what the FCC is and who its Chair and Commissioners are? Will they care about where their trashed analog TV sets and antennae end up? Will they insist that community television stations not die along with analog TV? And what will become of the white space—that part of the spectrum left open in the wake of analog TV’s termination? Finally, what does this mean for the future of television scholarship? It is my hope that we will continue our research backward and forward at once, and keep the enticing shimmer of the new – whether we call it the digital or something else – in perspective so that we can continue to explore the multifarious ways in which people in the US and beyond have (re)arranged, tinkered with, hybrized and defined television technologies in the past and will continue to do so in the future whatever its standard.