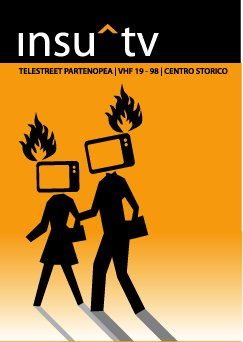 Among the many changes that have characterized Barack Obama’s victory is a renewed focus on community activism and the role of local public service in the future of contemporary global societies. From his grassroots presidential campaign to his background as a community organizer in Chicago, Obama’s election has contributed to a re-definition and re-evaluation of local participation in neighborhood development. The often polarizing forces of globalization, like migration, corporate expansion, consumerism, the rise of urban conglomerates, and the mainstreaming of media voices, to name but a few, have triggered a re-examination of local realities and the urban spaces they occupy. Thus, in recent years in the United States, Europe, and Latin America we have witnessed the rise of ‘urban media,’ progressive and originally alternative productions that aim at reflecting and voicing the experiences of young urban generations, often caught between the insularity of their location and the cosmopolitanism of their communities. Since 2000 urban experiments such as Zalea TV in Paris, the Argentinean TV Piquetera from the local barrios, M2HZ TV in Helsinki, or the transnational Franco-American project of Trace TV, have opened up unprecedented fora of cultural production and social debate.

In the Italian context, the street television movement, which began as a neighborhood voice in some Italian cities, exemplifies the desire to redesign the contours of the Habermasian public sphere in a mediatic context that stifles innovation, creativity, and diversity. With the use of inexpensive and easy-to-use technology, the creators of the Telestreet project envisioned a movement that would bring television physically and semantically closer to its viewers by allowing audiences to participate in and create programs about their local realities.

One of the most successful and long-lived televisions is Insu^tv from Naples, which began in 2002 as an attempt to create means of mediated communication that could be shared and produced by the public. Nicola Agrisano, one of the founders of Insu^tv, defines the goals of this project as follows: “[our goals is] to create media that are produced by the same number of people that watch them. We like to call this ‘proxyvision,’ a space in osmosis with the reality of daily life.” It is particularly the convergence between the public sphere of television and the local space of daily, urban life that is at the heart of Insu^tv’s programming. Like other street projects, this Neapolitan channel arose from dissatisfaction with the lack of representation of local issues in mainstream national media and the stereotypical portrayal of the Italian South as regressive and indolent. The reality of urban living in Naples’ neighborhoods is often neglected by national media, which privilege a spectacle-like lens to filter commercially viable news of the area. Thus, the problems, but also the opportunities, presented by some areas of the city never reach the national stage and are consequently ignored by local populations as well. The creative idea behind Insu^tv aims at filling this lacuna, by catering to local communities that are often voiceless in the national media. Unlike other street channels that focus on some selected topics, Insu^tv does not limit its programming to specific issues, but rather follows the trajectories and the narratives that shape Neapolitan life over time.

In this respect, one of the main contributions of Insu^tv is the space dedicated to migrants’ issues. The trend of globalization that has accelerated the flows of migrations from the South and East of the world towards the West has heavily impacted Naples’ urban life. Compared with other Italian cities, Naples is a relatively newer destination of migration for foreigners, who began moving into the city in the early 1990s. In 2007, the urban population of Naples was about 1,000,000, 6% of which are legal migrants. To address the problems and obstacles faced by immigrants in Naples, Insu^tv created an alternative newscast, Tg Migranti, that features stories shot and narrated from the migrants’ perspective. Thus, instead of trying to capture the difficulties of migrant life through the eyes of a privileged native Italian – a viewpoint often adopted on national television – Tg Migranti hands the camera and the microphone to immigrants, who choose to report in their native language (subtitled in Italian) to narrate the shackles of their path to Europe or their views on the most recent law on immigration.

A program like Tg Migranti is alternative and innovative in two essential ways. First, the underprivileged and the powerless are allowed to speak and they do so by using the linguistic and ideological codes with which they feel most comfortable; this approach collides with the more paternalistic view of national newscasts, where immigrants are featured mostly in cases of criminality or lack of integration and their differences from traditional notions of Italianness are underscored by their limited knowledge of the language. Second, Tg Migranti focuses on the interdependence between the local and the global in today’s world. In this program, the national level is muffled by a more pragmatic look at how the international reality of migration patterns to Naples has impacted the city and, conversely, how the Neapolitan identity is increasingly re-centered by virtue of being exposed to a globalized world. As the case of this program highlights, people of different ethnic, economic, and educational backgrounds participate in the creation of the channel and the promotion of its programs. While no official data exist on the viewership, Agrisano confirms that Insu^tv reaches a footprint of about 500,000 people living in the area where the channel is accessible. This reach is expanded in their web site, which involves audience participation through polls and blogs and allows visitors to view the programs originally broadcast on television. As in most other street tv projects, what we witness here is a convergence of old and new media to target different sections of the audience and maximize the reach of their message: “give voice to the voiceless.” 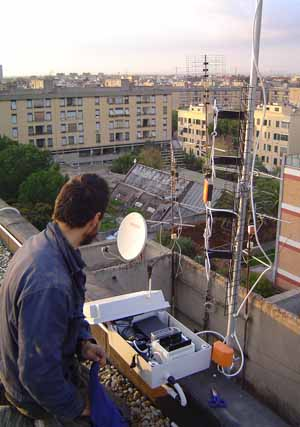 So, why are these urban media projects more than just local, ephemeral attempts at innovative broadcasting? And why should media scholars pay any serious attention to street tvs that might last only a few months and engage a very narrow spectrum of viewers? My answer to these questions is twofold. On the one hand, local media projects like Telestreet reveal a deeply rooted desire to put a halt to the ever-expanding pressures of market forces that limit access to the national mediascape, which becomes the expression of a minuscule portion of the population. The palpable need for change that imbues many urban contexts nowadays is taking the shape of media projects that re-center the stories of disenfranchised and marginalized groups, while at the same time focusing on the impact of global trends on local communities. On the other hand, urban media practices like the ones discussed here invite us to re-think the transformative use of public space as both object and subject of media interventions. Indeed, in the case of the Italian Telestreet, the neighborhood street becomes the focus of programs on local issues; at the same time, though, the street is the environment in which social and collective processes of television making actively take place. Through a re-appropriation of often-forgotten public areas, these urban media projects engage in a kind of spatial activism that reclaims the boundaries of public space and the public sphere.