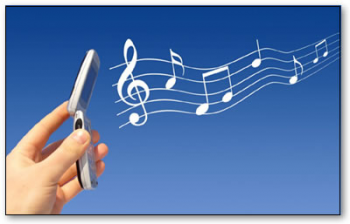 Interest in the global potential of the cell phone ringtones and wireless music resulted in a growing number of partnerships between music labels, manufacturers, and carriers. In 2002, Motorola created its Mobile Services Café. In 2003, America Online opened the AOL Download Store and Nokia introduced the Nokia 3300 handset featuring a digital music player and a FM stereo radio. In 2004, carriers began partnering with labels: Vodafone – a carrier with clients in over thirty countries – signed agreements with Warner and Sony; Universal Mobile and the French telecom group Alcatel partnered; Warner Music Intl. pledged cooperation with Deutsche Telecom’s T-Mobile; and Virgin Mobile USA and Universal Music Group developed a “First Dibs” program where Virgin customers would have first access to hip hop music such as D12’s D12 World.1 In 2005, MTV Networks and Verizon Wireless announced plans to deliver ringtones and short video snippets to cell phones; MTV offered ringtone albums by hip hop producers such as Timbaland through its Made Hear service; and Sprint Nextel unveiled the first mobile music store. By the end of the year, ringtones accounted for more than one-tenth of the global music market and were the most profitable non-voice service.2 In 2006, Verizon launched its VCast service, Napster and Ericsson began marketing a music service to carriers,3 News Corporation paid $188 million for controlling interest in VeriSign’s Jamba! Ringtones unit,4 BMI projected sales of over $600 million,5 and the RIAA updated its Gold and Platinum program to include ringtones.6 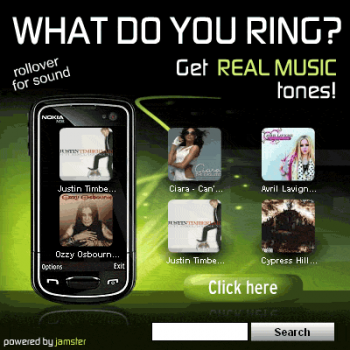 Hip hop worked well for wireless distribution because the genre worked to target core demographics and worked well within early 2000s handsets’ sonic constraints. Hip hop’s generic conventions – a reliance on bass and percussion, sampling, and repetition – made it possible for aggregators to digitally synthesize a section of a song and have the segment recognizable as a rendition of a popular tune. Cell phones capable of processing the master ringtone could also produce sounds clear enough to help make rock, country, and folk music popular wireless media products. Sasha Frere-Jones writes, “Musical genres that suffered as polyphonics – sonically thick guitar rock, country, and jazz – can now challenge the hip hop hegemony.”7 Rock, country, and folk tunes proved popular in trying to court other generational demographics. Incorporating these genres into wireless music commerce allowed the industry to target consumers over the age of 30 and professional/business consumers wanting to personalize their Blackberries and other “smart” phones.

As a more diverse mobile music marketplace emerged, negotiations between mobile operators, hardware manufacturers, and content owners altered the wireless media marketplace. While many stories could be told here, I dwell here on the Finnish multinational firm Nokia’s efforts to provide users mobile content. Nokia experimented with providing content on its Club Nokia service from 2000-2002, even cutting one of the first major ringtone licensing deals with EMI executives in 2000. Club Nokia worked to include local artists that would be most appealing to handset users. While Club Nokia allowed users to access local music, local mobile operators were angry at what they saw as a threat to their own branded portals and their attempts to control their subscribers’ mobile experiences. As the global market for ringtones expanded, mobile operators wanted to claim and keep a sizeable percentage of the revenue; often their claim to a piece of the ringtone economy pie rested on the argument that it was their improvements to cellular infrastructures and network designs that enabled the rise of wireless media commerce. As one anonymous Nokia source told Mobile Communications in 2002, “There’s hardly a high-level meeting with an operator where this subject – particularly the issue of Club Nokia – isn’t raised.”8 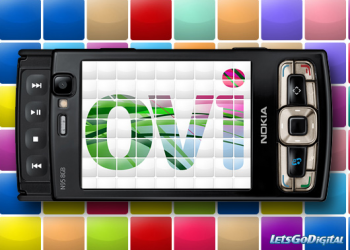 Currently, Nokia’s Ovi – which consists in most markets of a music and a game store – provides a high profile to local artists. Telecomworldwire reports that the Nokia Music Store Australia “will stock locally relevant music and will feature artists such as The John Butler Trio, The Presets, Pete Murray, Kate Miller Heidke, Powderfinger, Silverchair, Lior, Cut Copy, Kisschasey, and Kasey Chambers.”9 The list includes a range of artists with strong ties to the Melbourne and Sydney music scenes. The list of artists also signals that Nokia wants to actively associate youth-related and subcultural content with its mobile devices in the Australian market; at the same time, new distribution pathways for these artists and the purchase of their products by Australian urban users would help construct Sydney or Melbourne listening tastes and music scenes. Another example of the importance of local content is Nokia’s deal with Singapore-based label Ocean Butterflies.10