So You Think You Can Dance, Canada?: Formatting and Canadian Reality Television
Christine Quail / McMaster University

So You Think You Can Dance Canada logo

The contemporary trend of reality TV has yielded unique Canadian productions such as the comedy prank show Kenny vs. Spenny, docusoap My Fabulous Gay Wedding, the CBC’s controversial “experiment” The Week the Women Went, and kids’ reality program Ghost Trackers. Despite the variety of indigenous reality TV production, Canada has acquired several international reality television format licenses. Various Canadian television networks have aired six seasons of Canadian Idol, six seasons of francophone singing competition Star Académie, one season of Project Runway Canada, and are in the midst of airing and developing several other series. One such format currently broadcasting on CTV (rebroadcasting on MuchMusic and A) is the first season of So You Think You Can Dance Canada (SYTYCDCanada). Canadian media scholars, policymakers and viewers can benefit from understanding this trend of international reality TV formatting by looking at SYTYCDCanada. How does television formatting impact the local/national production context? How does SYTYCDCanada engage in discourses of nationhood? How does Canadianness get taken up by the shows’ critics and fans?

The series involves a number of national dance auditions, held across Canada, during which dancers learn choreography and try to impress the judges’ panel enough to receive a ticket to the semi-final and final competitions in Toronto. After the Top 20 are chosen, weekly dance performance shows ensue, where dancers must learn and demonstrate expertise with different dance styles, in front of a panel of star judges and studio audience. Home viewers’ call-in and text-in votes are tallied and two dancers are eliminated weekly–first with judges’ help, later by popular vote only. The last dancer wins the title of Canada’s First Favorite Dancer, along with a $100,000 CDN cash prize and a Mercedes-Benz. 1 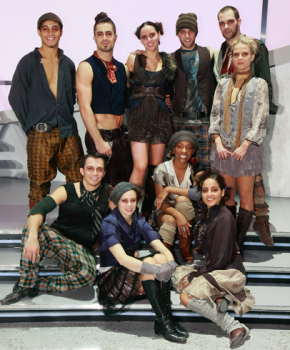 However, this isn’t the first time we’ve seen this recipe for a reality show. The format was originally developed in the U.S. as So You Think You Can Dance, and has aired four seasons in the U.S. and international markets, including Canada. The program is the brainchild of Nigel Lythgoe and Simon Fuller, the creator and executive producers of the Idols franchise. SYTYCD originated in the U.S. but actually constitutes an international co-production between Fuller’s British company Entertainment 19 Ltd, and American television production company dick clark productions, inc. As a co-production, the format allows the British and American companies to take relatively equal risks and reap relatively equal benefits from its distribution. International co-productions also benefit from financing and exhibition policies in both countries of origin, due to qualifying as domestic programs. 2 Thus, the original program itself reflects a convoluted sense of nation—it appears to be an American program, but is embroiled as well in the U.K. political economy, thus problematizing the show’s “Americanness.”

As a profit-seeking scheme, in addition to international distribution, the original American(/British) format has franchised a number of international versions: Australia, Greece, Turkey, Israel, Malaysia, Scandanavia, and now Canada. 3 As Ted Magder details, television “formats are designed for international sale; more precisely, they are designed to be adapted locally.” 4 The format becomes an international brand, well recognized and coveted in a risk-minimizing culture. For example, the American SYTYCD earned strong ratings in Canada, thus demonstrating both a loyal fanbase holding a positive association with this brand, and a confident advertising base. With such a proven entity, Canadian producers showed interest in franchising a local version—CTV (owned by national giant CTVglobemedia) and Danse TV (Canadian production company) co-produce the program. For the producers, franchising this format is cheaper than developing a uniquely Canadian production, 5 and again, given the success of the American version, the risks associated with new programs are minimized. A further bump for SYTYCDCanada was its placement in the year’s lineup: its premiere was in September, about a month after the finale of the American version, thus experiencing a lead-in effect. The overall franchise has now built-in a two-season year, which will keep the audience interested in the brand, prime them for the next summer–when the next American import will air, and not exhaust the dancing talent pool in either the U.S. or Canada by overexposing the local version. 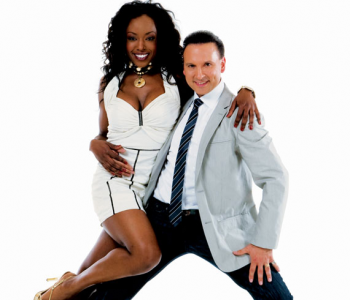 The show was immediately successful. The premiere episode of SYTYCDCanada received higher ratings than the premiere of the American season 6 and by October, 2008, was the highest rated program in Canada. 7 Its success is surely a nod to its legacy as a spawn of SYTYCD formatting. But we must also consider its discourse of Canadianness and how this discourse relates to the program’s success.

On the production and policy side, even though it is a licensed franchise, SYTYCDCanada qualifies as Canadian, under Canadian Content rules, which require that 50% of programming between 6pm and midnight to be Canadian in origin (and 60% of the content between 6am and midnight to be Canadian). 8 This show is deemed Canadian because all the dancers, judges and most of the choreographers are Canadian, the host is a Canadian VJ from MuchMusic, and the production companies and crews are Canadian. Certainly, this model is employing Canadian workers and highlights Canadian talent, which can be read as positively contributing to the Canadian economy. But there is still a debate regarding who ultimately benefits from the production. Since the copyright is held by the international company, won’t they control the future of the program? How much allocative control does the local production have?

The Dancers in Motion

How does the show discursively produce Canadianness, beyond its title and industry issues? One journalist claims that the Canadian version is better than the American. “The U.S. version…is enjoyable, but already it seems a tad too slick and fussily show-business. The contestants are familiar with the template and, while there were outstanding performers and memorable moments, the sheen of American glitz meant that the show looked like one long variation on the Broadway musical A Chorus Line.” 9 In this instance, American is being coded as slick, show-business-y, and glitzy—and as something to be avoided. If these traits are American, then certainly the Canadian version will demonstrate different qualities, which will ostensibly be coded as Canadian. Judge Jean-Marc Genereux states: “‘America has amazing dancers…but we have nothing to be ashamed of. I realize now how much depth we have.’” 10 In this case, Genereux points to “depth” in Canadian dancers in order to construct their excellence, and demonstrate that yes, the program is high-quality on par with the original. Likewise, Mary Murphy, American SYTYCD judge and guest SYTYCDCanada judge, says: “‘The talent you have in this country…I just can’t believe it!….Even at the auditions, the level was so incredibly high. I’m amazed at what they’ve been able to do here, and it’s only the first year.’” 11 Murphy’s comments, in a somewhat patronizingly surprised manner, repeat the argument that the dancers are “actually talented”—as if attempting to prove that the show can compete with the American version. Host Leah Miller, perhaps in jest, comments on the physical attractiveness of the Canadian talent: “‘They’re better looking than the American dancers….Wait until you see them–they’re all super cute and sweet.” 12 Miller also notes that the Canadian dancers are extremely polite and gracious, even when criticized, unlike the American dancers: “‘Canadians are so polite compared to the Americans. They’re just like, ‘OK, thanks for the opportunity.’” 13 For Miller, Canadianness means “cute” and “polite.”

Is that it? The cultural contribution of SYTYCDCanada is the “surprising” ability of cute Canadian dancers to employ a variety of international dance styles while being polite? Such a discourse simply reifies Canadian stereotypes and doesn’t offer much to a rich understanding of the complexities of Canadian life and culture.

1. So You Think You Can Dance Canada logo
2. The Top Ten
3. Judges Tré Armstrong and Jean Marc Genereux
4. The Dancers in Motion